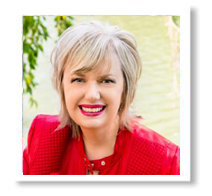 Kathy Harris is an author by way of a “divine detour” into the Nashville entertainment business. After graduating with a Communications degree from Southern Illinois University, she moved to Tennessee to work in the Christian music industry. That position soon transitioned into what would become a long-tenured country music marketing career with The Oak Ridge Boys.

For several years, Kathy freelanced entertainer biographies and wrote, as well as ghost wrote, news stories and columns for various music publications. In 2007, she sold her first Christian non-fiction story, “Walk on Water,” which was included in Thomas Nelson’s All My Bad Habits I Learned from Grandpa. That same year one of her devotions was published in The One Year Life Verse Devotional from Tyndale House. She also contributed “Blooms of Wisdom” to the Chicken Soup for the Soul 2010 release Thanks, Mom and “He Who Laughs Last Is the Weiner” to the Chicken Soup for the Soul 2019 release Life Lessons from the Dog.

Abingdon Press, an imprint of the United Methodist Publishing House, released Kathy’s debut novel, The Road to Mercy, in September 2012. In October 2019,

An American Christian Fiction Writers Genesis finalist in 2007 and category winner in the RWA/Faith Hope & Love Touched by Love in 2011, Kathy was included in Family Fiction magazine’s list of ‘five new voices encouraging and challenging the modern woman.’ She was also a featured panelist at the 2012 Southern Festival of Books.

Writing to the Rhythm of a New Song

I was a young girl of seven or eight years old when I started journaling. Back then journals were called diaries, and I had several. Inside those little books outfitted with a tiny gold lock and key — or on obscure pieces of paper I tucked away inside my jewelry box — I recorded my innermost thoughts and ambitions. It was in one of those diaries I first scribbled down the dream of becoming a writer.

That dream has never changed.

Going off to college, I chose Journalism as a major and English as a minor. Linguistics was one of my favorite classes. And I taught myself to tolerate the taste of coffee because I thought every writer had to drink it. (Sometimes we choose things for the wrong reasons.)

I worked part time at the university library, surrounded by some of my favorite things: books. Mrs. Moreno, my supervisor in the card catalog division (yes… it has been a while), taught me a lot about the value of a stern but loving management style, and the nuances of alphabetizing. Did you know that author names beginning with Mc are sometimes filed before those beginning with Ma? A fact that only a bibliophile would love.

After graduation, I took a short-term position as an instructor for a local junior college. My classroom was in the heart of a multi-level education building on the campus of a minimum-security penitentiary, and my students were convicted felons. Although that job, teaching Poetry and English Lit, lasted for only six months, it helped me understand the power of words on people’s lives. My students, many of them young men not much older than I was, were serving sentences for a gamut of crimes, and during one especially memorable classroom discussion they taught me about the consequences of past experiences. I hope I was able to teach them about second chances.

That theme of second chances has played an important role in my life, and in my writing. No matter what mistakes we’ve made, it’s never too late to make a course adjustment. Our past doesn’t have to hold us captive. We are given daily, moment-by-moment opportunities to turn around, or turn in another direction. Sometimes our choices affect us only inconsequentially, and sometimes they change our eternal destination.

One day while still in college, I was walking to class and saw a music tour bus roll past. Nashville was written on its marquis, and at that moment I knew it was where I was headed.

Two years later, by God’s grace and the power of detours, I found a way to get here, established a career in music, and met the man who would become the hero in my personal story.

About twenty years ago, I refocused on writing the books I’d always wanted to write. After several false starts, I realized that my words had to reflect the power of God’s grace, of His second chances, or I would have nothing to say.

That’s why I write Christian fiction.

May God bless you and give you His new song,