C.E. Laureano ~ Oath of the Brotherhood 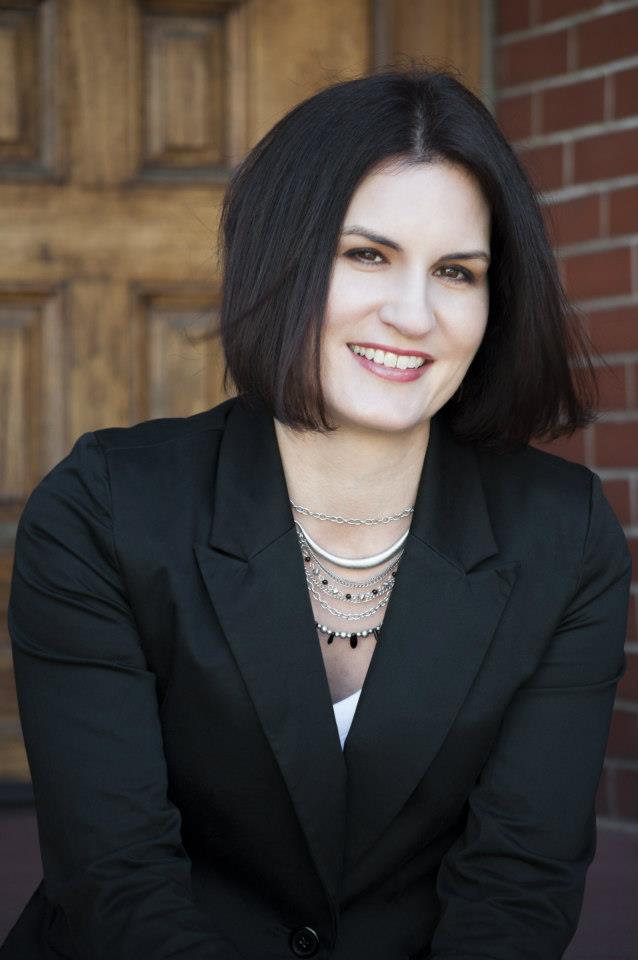 After writing her first novel in high school, C.E. Laureano studied literature and criticism at Pepperdine University, earning a degree in English. Then she detoured into other fields, including sales, marketing, copywriting, and business consulting.

Twenty years, a husband and two sons, and many hundreds of thousands of words later, she will have four books published by the end of next year. Oath of the Brotherhood, which released last month, is the first in her young adult fantasy series.

C.E. and her family live in Denver, Colorado.

Your “literary” journey began early, and then after college it took a detour, which included a stop in Hollywood. What happened to change your path?

I’m not sure it was so much that my path changed, but rather that I’ve always been a very practical person. I recognized that the road to publication was long and arduous and didn’t pay very well, so I pursued a career in marketing that would use my talents while I continued to write. I worked full time and wrote on evenings and weekends for almost fifteen years before I got my first book published.

For a while, I also wrote screenplays, but my first exposures to Hollywood (working for a product placement company and watching friends who were actors) convinced me that it wasn’t the right fit for me. It was at that time that I shifted my focus exclusively to novels.

You also took a genre detour after your debut novel, Five Days in Skye. Have you always enjoyed reading/writing fantasy novels?

I have always loved reading and writing fantasy novels. In fact, I considered myself a fantasy writer long before I ever considered writing romance, so it was actually Five Days in Skye that was the genre detour! In one of those situations that almost never happens, I sold both the fantasy series and the romance at the same time. It just happened that the romance was the first to be published. 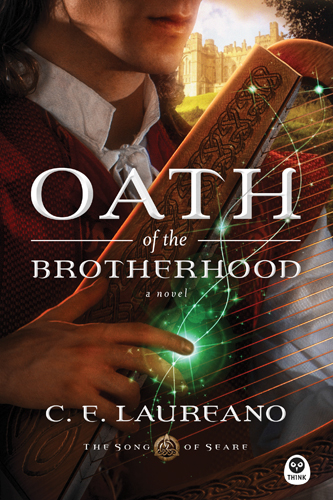 Let’s talk about Oath of the Brotherhood (Tyndale House, May 2014). Please tell us about it. What prompted the story idea?

Oath of the Brotherhood is about a young man who has been raised as a musician and a scholar in a kingdom that only values a man’s ability with the sword. He’s an embarrassment to his father the king, and so he’s sent to a neighboring kingdom as a hostage to secure an alliance. There he learns that he may have a bigger part to play in the future of his island—and the only way to find the truth is to pledge himself to a warrior brotherhood, even if it means up giving the woman he loves.

At the time I came up with this idea, I’d been reading a lot of epic/heroic fantasy and a lot of Celtic fantasy, but there wasn’t much crossover between the two. I wanted to combine the action and adventure I loved with a Celtic flavor. I wasn’t originally targeting the Christian market, but as the story developed, I realized that the history of ancient Ireland with its conflicts between pagan and Christian lent itself well to a book with a strong Christian worldview. And so Oath of the Brotherhood was born.

God definitely uses my writing to teach me lessons. Sometimes I’ll read back through what I’d written months ago, passages that hadn’t been relevant at the time, and realize they speak directly to my current situation.

I had a number of moments like that during the writing of this book, but the one that stands out the most to me is when the heroine, Aine, realizes she’s devoted herself to the work of healing when she should have been spending time in prayer and study of scripture. It was a good reminder to me not to get so wrapped up in work and writing and family responsibilities that I neglect my own spiritual health.

Another main theme in the story is finding the purpose that God has for you and following His direction, even if it conflicts with the advice of those around you. It can be difficult to do what God asks of you when friends and family don’t agree or understand, but our ultimate responsibility is to Him and not to man. That’s definitely something of which I’ve had to remind myself as I’ve embarked on my writing career in a somewhat unconventional way.

Well, in the past I’ve had a serious Twizzler addiction, but since I cut most of the sugar from my diet, that put a serious cramp in writing-food fun. Now, I mostly rely on fruits and veggies and mass quantities of caffeine.

When I really want to celebrate, though, there’s nothing like Ben & Jerry’s Coffee Toffee ice cream. It’s definitely my favorite guilty pleasure.

I wish! I can barely carry a tune and I don’t play any instruments. However, I’m a passionate listener, and none of my books would get written if it weren’t for my extensive music library. It’s one of my greatest regrets that I never learned to play an instrument.

I’ve been thinking about taking guitar and/or piano lessons this fall as a reward for meeting my writing deadlines. I figure twenty-five years is long enough a wait to try something I’ve always wanted to do!

A rock ballad. I can be boisterous and assertive on the outside, but deep down, I’m actually quite sensitive.

Strong female lead, for sure. I’m always the practical one with the plan. Or maybe the one dragging everyone into trouble, depending on the situation! I do have a rather mischievous streak.

I love dogs, but since I have two relatively young children and a busy schedule, I can’t give one the time it deserves. Instead, we have a parakeet, several betta fish, and two African pygmy water frogs. The lobby for a dog ramps up a little more every year, though!

Thank you, Carla! It’s great to have you as a guest at DivineDetour.

Thank you for having me! It’s been a pleasure.

For more information about C. E. Laureano, visit her website.

To purchase Oath of the Brotherhood, logon to: