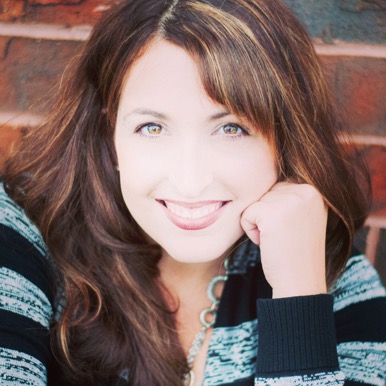 The author of twenty-three books, Christy Barritt writes mystery and suspense novels with a clean and underlying message of faith. Her novel, Suspicious Minds, won the Daphne du Maurier Award for Excellence in Suspense and Mystery for her book. She has received two Romantic Times’ Reviewer’s Choice nominations and finaled for a Carol Award, as well as Foreword Magazine’s Book of the Year.

Christy and her family reside in Virginia.

Just as all good novels include a plot twist, our Author and Creator often writes a twist into our lives. Have you experienced such a “Divine Detour” lately?

I definitely experienced one a few years ago. I’d been working part-time at a local church and my employment there ended rather unexpectedly. At first, I was devastated. But with time I’ve realized that letting go of that position has allowed me so much more time to work on my writing. God has really blessed my writing career since then and has done more with my books than I could have asked or imagined! 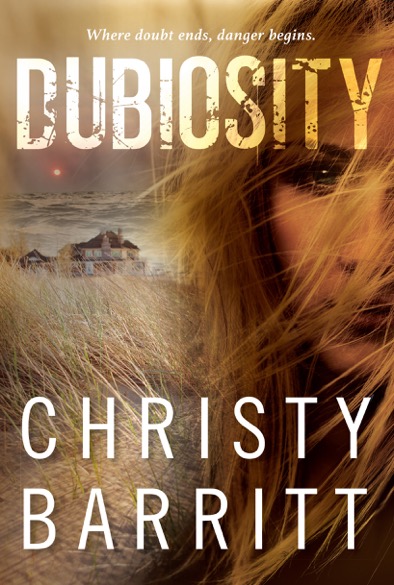 Thanks! I actually started writing this book more than five years ago. The book takes place on the remote Eastern Shore of Virginia. A former reporter retreats there after tragedy stains her life. But when migrant workers begin disappearing, something stirs in her, beckoning her old investigative instincts. There’s some danger, intrigue, love and spiritual lessons along the way.

I was a reporter for my local newspaper for nearly ten years. In that time, I ran across several people who volunteered or did mission trips to work with the migrant workers on the Eastern Shore. As I listened to their stories, I was fascinated and I knew I wanted to use that information in a book one day. Dubiosity grew from there. Usually, my stories take on a mind of their own as I start writing them. : ) I began with the seed of an idea and realized the story had a predominant theme of doubt—doubt about God, others, circumstances, motives, etc.

You also have a new novella. Please tell us about While You Were Sweeping (River Heights, January 2015).

While You Were Sweeping is what I call a companion novel for the Squeaky Clean series. The Squeaky Clean series follows crime scene cleaner Gabby St. Claire in all of her adventures as she works to become a forensic investigator. All of my readers want Gabby to end up with a character named Riley Thomas. However, Riley was shot in the head before their wedding and that changed the course of their future (at least, their immediate future). I wanted to write a book in Riley’s perspective to let readers know what was going on during his life during his recovery. Hence the title While You Were Sweeping. And, yes, it’s also a mystery. Riley doesn’t know if his neighbor really killed someone or if his brain injury is making him go crazy.

What’s the title of the last great book you’ve read?

The only thing I’ve ever wanted to do is write, so I feel like I’m living my dreams. I can’t think of anything that’s as well suited for me than being a novelist.

It’s varied in different seasons of my life. Recently, I’ve felt a bit like Job. I lost four family members in 2014, one of them being my brother. Three were under forty-five years old. There were also numerous other health scares for other relatives. In some ways, it’s felt like battle after battle in the process of dealing with heavy grief. It’s made me realize that I should never take the life or my loved ones for granted. But I was also reminded about the importance of putting my hope and faith in the eternal and not the earthly.

I know you’re a fellow dog lover and that you have included pet characters in your books. Do your dogs often provide inspiration for those scenes?

My dogs are definitely entertaining! Mine have done some crazy things that no one would believe (like one of them ended up on top of my refrigerator once!). It’s one of those truth is stranger than fiction things. If I were to write it, readers would say, “That would never happen!”

Thanks, Christy! It’s great to have you back at DivineDetour.

It’s been great to be here. Thank you!

To purchase Dubiosity and other books by Christy, log on to: