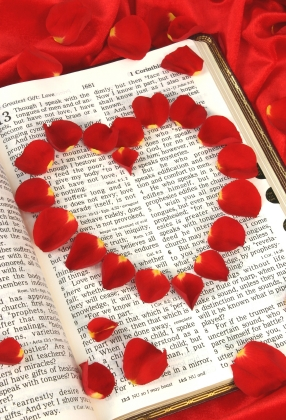 Actually, St. Valentine’s Day came into existence hundreds of years ago to honor several early Christian martyrs, all named St. Valentine. The love and affection part of the celebration was added years later. Today it’s just another day that has succumbed to the lure of commercialism, making people feel guilty if they don’t lavishly show their love and affection.

Shortly after Valentine’s Day this year, we find another day centered around thoughts of guilt and love. But people aren’t buying cards, flowers, or jewelry to “celebrate” it. Nor will it receive the attention Valentine’s Day does.

February 22 is Ash Wednesday, the first day of Lent. A time to examine ourselves and look at the sin in our lives that sent Christ to the cross FOR US. A time to reflect upon the guilt from our sins and realize anew just what Christ’s love did FOR US.

Even if our churches don’t officially observe Ash Wednesday and the season of Lent, it’s a good time to pause and think about what Christ did for us. His journey on earth began at the manger; His final steps took Him to the cross where His love washed our guilt away.

And it came to pass, when the time was come that He should be received up,

May Christ’s love be at the center of our Valentine’s Day, Ash Wednesday, and beyond as we remember His journey to the cross FOR US.