Some of the sounds the scientists have discovered are made by the stars as they orbit in the night sky, but trying to understand anything beyond this short explanation makes my brain hurt. I do love it, however, when scientists use the word “discovered.” So, they “discovered” singing stars. Nice find, folks. But, God told Job about singing stars some time ago. Between B.C. 2000 – 1000.

… while the morning stars sang together and all the angels shouted for joy. ~ Job 38:7 NIV 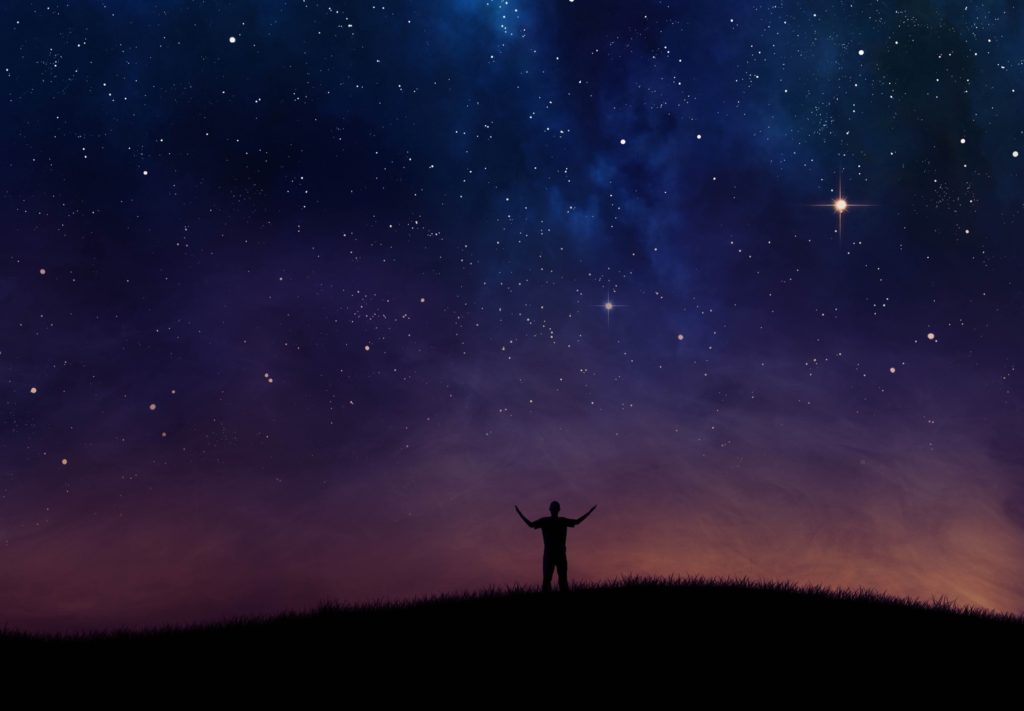 Stars are not the only things that make sounds. Jesus told the Pharisees that if the people who were praising Him were quiet, the stones would cry out in praise.

The author of Psalm 96 proclaims the rejoicing that is done by the trees, the fields, and everything in them.

Let the heavens rejoice, let the earth be glad; let the sea resound, and all that is in it; let the fields be jubilant, and everything in them. Then all the trees of the forest will sing for joy; they will sing before the Lord …  ~ Psalm 96:11-13a NIV

One of my favorite hymns, This Is My Father’s World, proclaims how all nature sings our Maker’s praise. The last verse reminds us why.

While there is still evil in this world, God, our Heavenly Father, is always in charge. He sent His Son Jesus Christ, our Savior, to die on the cross so our sins can be forgiven and we might live forever with Him.

If the stars and the rocks and all creation can’t stop singing their Maker’s praise, how can we stay silent? Granted, a rock may sing better than some of us, but God, who created it all, loves to hear all of His creation singing with joyful noise — now and for eternity.

And by the way, singing stars are only one of MANY scientific discoveries mentioned in the Bible. God is indeed in charge!