Disappointment with Unanswered Prayer and Trusting God’s Will 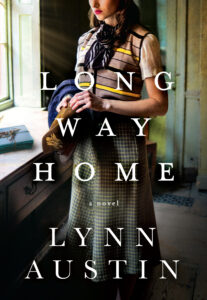 My newest novel, Long Way Home, tells the story of World War II veteran Jimmy Barnett, who suffers from PTSD after returning home. His anguish is deepened by the crisis of faith he also experiences. How could a loving God allow the suffering he has witnessed? Why have his prayers gone unanswered? In trying to help, Army Chaplain Bill Ashburn, offers these thoughts:

I don’t think you and I ever questioned God very much before we went away to war. . . . We were a little too certain about what we believed, as if we had God all figured out. But over in France, it became harder and harder to reconcile God’s goodness with what we were experiencing. If He was loving and all-powerful, why did He allow such suffering? Was He powerless to stop it? It was as if those bombs blew up our belief system when it clashed with reality.

We’ve all faced times of suffering when our prayers have gone unanswered and God seems far away. How do we continue to trust that He hears us and cares for us? This question is as old as Scripture itself, expressed in the words of David’s psalm and repeated by Jesus while suffering on the cross: “My God, my God, why have you forsaken me? Why are you so far from saving me, from the words of my groaning?” As my characters wrestled with this theme in Long Way Home, I was unwilling to give easy answers to a complex question or to a horror as overwhelming as the Holocaust. Perhaps some understanding can be found in God’s words to the prophet Isaiah: “For my thoughts are not your thoughts, neither are your ways my ways . . .” God has unseen purposes and reasons that we can’t know about. Chaplain Bill says it this way in the novel:

Of course, the spiritual realm is invisible. God’s actions behind the scenes are invisible. So all we had to rely on was what we were seeing. But our enemy wasn’t just the Nazis. Satan’s ploy is to spread evil throughout the world and let it drive a wedge between us and God. His evil is most painful and most dangerous when it seems purposeless to us. When we can’t see how God can possibly bring anything good from it.

Christ’s suffering on the cross seemed purposeless to His followers as they witnessed His crucifixion. The reason for His “senseless” death wasn’t visible until His resurrection on Easter Sunday. It’s in those in-between times of anguished waiting that our faith often wavers. Satan’s goal in the book of Job was to destroy a righteous man’s faith and cause him to curse God. Job wrestled with God, asking why He’d made him suffer so much loss. And from Job’s example we learn that God doesn’t condemn us for asking questions in our times of pain. We also learn that we may never fully understand God’s reasons until we reach heaven. Chaplain Bill explains:

Job wanted to know why God had made him suffer so horribly. Instead of giving His reasons, God asked Job a series of unanswerable questions, like “Where does light come from, and where does darkness go?” and “Does the rain have a father?” The answers are beyond Job’s understanding. Besides, Job doesn’t need to know because he isn’t in charge of the darkness or the weather—God is. God never did tell Job the reason for his suffering. Job just had to trust that God was at work. . . . And for now, we are left without answers for what the Nazis did. But Job didn’t turn away from God in spite of not receiving any answers. The only light we’ll ever have in this dark world comes from God. If we turn away from Him, we’re left with darkness and despair.

We can look to Christ’s cross during our own times of suffering and trust the love of the One who was willing to die in our place. As Chaplain Bill says, “I can’t explain why millions of people suffered and died. But I do know that death never has the final word. Easter Sunday brings life in all its triumph. We just need to trust and wait a little longer. God is at work. We will see His redemption and restoration one day.”

Lynn Austin has sold more than one and a half million copies of her books worldwide. A former teacher who now writes and speaks full-time, she has won eight Christy Awards for her historical fiction and was one of the first inductees into the Christy Award Hall of Fame. One of her novels, Hidden Places, was made into a Hallmark Channel Original Movie. Lynn and her husband have three grown children and make their home in western Michigan. Visit her online at lynnaustin.org.

Administration2022-06-21T19:42:13-05:00June 21st, 2022|Devotional, Inspirational, Literary|Comments Off on Disappointment with Unanswered Prayer and Trusting God’s Will