Many Americans view human trafficking as primarily an international problem, a tragedy taking place in foreign lands, not regularly within the borders of the U.S. David Trotter and his co-executive producer, Christian singer-songwriter Natalie Grant, have set out to change that mindset, educating Americans to the reality of trafficking—the unfortunate reality that it may be happening in your neighborhood, or mine. In plain sight.

A filmmaker, speaker, writer, and former pastor, David Trotter is also the producer of Mother India: Life Through the Eyes of the Orphan, which won Best Short Documentary at the 2012 San Diego Film Festival.

David and his wife, Laura, have been married for nineteen years and have two children.

How did you become involved with the In Plain Sight film project? Had you worked with Natalie Grant previously?

After Mother India: Life Through the Eyes of the Orphan was released by Word Entertainment, I approached them about the possibility of distributing another documentary on sex trafficking in the United States. Word introduced us to Abolition International (founded by Natalie Grant), and they graciously agreed to help us connect with non-profits that are part of the Abolition International Shelter Association. As the relationship developed, Natalie agreed to join me as a co-executive producer and narrator for the project.

What is the connection between Abolition International and the film?

Abolition International has come alongside our team to introduce us to members of the Abolition International Shelter Association—an international network of aftercare professionals committed to the highest standards of care for survivors of human trafficking. Through these introductions, we have been granted interviews with law enforcement, judicial officials, non-profit leaders, and survivors of sex trafficking. It would have been impossible to connect with such a wide variety of people by simply “cold calling” them. Many of the aftercare homes we’re profiling in the film have never granted access to filmmakers ever before. 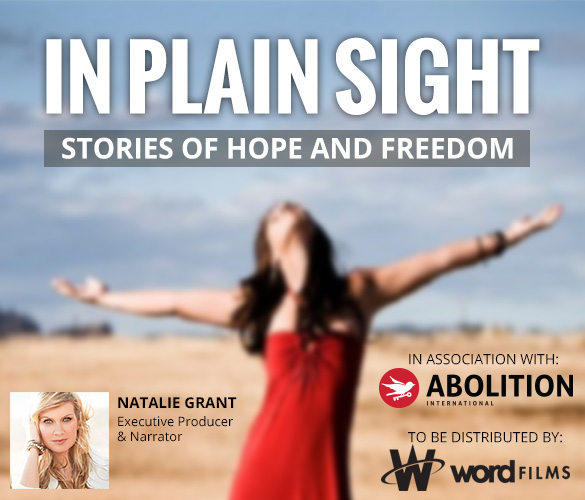 Please tell us about the worship CD and devotional-study guide.

Rather than simply producing a documentary, we wanted to create a campaign to educate people about the issue of sex trafficking and motivate them to take action. The film is designed to be accessible to people of all faith backgrounds, but we wanted to create two other resources specifically for followers of Jesus—a compilation music album and a 31-day devotional and small group study guide.

The album will be comprised of hymns sung by well-known and emerging Christian artists, which will benefit the work of Abolition International. Our hope is that the album will be filled with songs of hope and healing in the midst of such a dark subject.

I’m also co-writing the 31-day devotional and small group study guide with Stacia Freeman, the president of Abolition International. The book will help people understand God’s heart for the broken, and stories of hope and transformation from victims of sex trafficking will be interwoven. Our greatest desire is that the film, album, and book will be used together to both educate and motivate.

As a follower of Jesus, I’m motivated by His example of serving the least, last, and lost, and I love creating resources that draw attention to global issues that we should all be concerned about. Although I wear quite a few hats in life, it seems like the role of a social transformation tour guide fits best. I don’t necessarily feel called to focus on one issue for the entirety of my life. Instead, I come alongside others who have dedicated their life to an issue, and I produce communication tools that help create awareness and motivate people to take action.

Detours are often perceived as negative, but they can also be used by God to put us on a new and better path. Have you even experienced a “detour” in your life that ultimately set you on a better path?

After being a pastor for over ten years in full-time ministry, I burned out in early 2008, and I had to rebuild my family and my life. Over the past six years, I’ve been rediscovering God’s call on my life and how God has uniquely gifted me. I have a better marriage and family life than ever before, and I’m enjoying the freedom of not being a workaholic anymore. Definitely a better path for me and my family…

Is there a way people can help with the In Plain Sight project and/or join in the work to help solve the problem of human trafficking in the United States?

As we prepare to launch the IN PLAIN SIGHT campaign in October of 2014, there are several ways to get involved. First of all, I would encourage people to stay informed about the project by liking us on Facebook, following on Twitter, and signing up for our weekly e-newsletter. We’ll be hosting five premieres in the five primary cities in which we’re filming, and we’re planning to launch a national campaign soon thereafter.

Frankly, another way to help is by making a tax-deductible donation. Our budget for the entire project is roughly $100,000, and we’ve raised about $44,000 so far. Every single penny counts. To get more info or make a donation, go to www.inplainsightfilm.com/join-campaign (or click the box below).

The mythical warrior, of course. One of my 2014 goals is to be even more mysterious.

We have a dog named Lexie, a terrier/dachshund mix we rescued from a shelter. She’s been part of our family for the past five years, and she likes me the most.

Thank you, David! It’s a pleasure to have you as a guest at DivineDetour. May God bless your work for Him.

For more information about the In Plain Sight project, including the upcoming worship CD and the 31-day devotional and study guide, logon here. 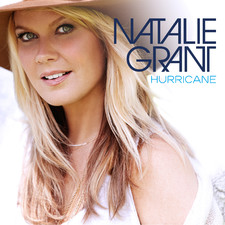 To learn more about Natalie Grant and her new CD, Hurricane, logon to her artist site.

Learn more about Abolition International by clicking the logo below.