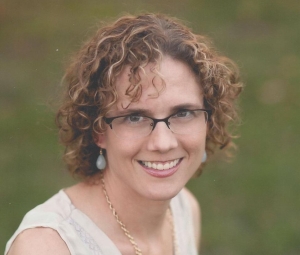 It largely started by accident through ministry involvement. Though I’ve always enjoyed writing, I never thought of pursuing it as anything more than a hobby until one day I was brainstorming a story for children’s ministry and it hit me, “Hey, I really enjoy doing this.” But even so, I didn’t think too much of this until almost ten years later when I sensed a definite call to write. I fought this for a while, finding the idea largely irrational. But God was persistent, and in 2009 I surrendered and began to pursue writing full time.

Oh, my yes. It’s interesting; my husband and I were talking about this very thing just the other day. I’ve longed to be in the ministry since our daughter was in diapers, and though I’ve always been a very active volunteer, God has continued to close the doors to full time ministry. And yet, He continues to open doors in the publishing industry, and I believe He’s showing me that I can still reach many for Him through my writing, and that’s what I need to focus on. I love writing. I absolutely adore it, but it wasn’t what I initially chose or pursued. 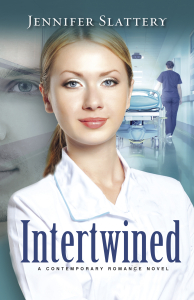 Let’s talk about Intertwined (New Hope, October 2015). Please tell us about it.

I’d love to. I’ll share the blurb first: Abandoned by her husband for another woman, Tammy Kuhn, an organ procurement coordinator often finds herself in tense and bitter moments. After an altercation with a doctor, she is fighting to keep her job and her sanity when one late night she encounters her old flame Nick. She walks right into his moment of facing an unthinkable tragedy. Because they both have learned to find eternal purposes in every event and encounter, it doesn’t take long to discover that their lives are intertwined but the ICU is no place for romance…. or is it? Could this be where life begins again?

I really wanted this novel to speak to and encourage single parents, a group of people who often struggle to find their fit in the evangelical population, and also a group of people who, I feel, really need support. I tried to show this through my main character’s interactions and struggles, but I also wanted to show how beautiful Christ-centered community can be when we as a church reach out to our single parents.

In addition, I wanted to show the importance of fathers. I did this in numerous ways, first through my hero’s longing for a father then through his strong and determined desire to play an active role in his children’s lives, despite his ex-wife’s often antagonistic behavior. Nick’s ex-wife does everything she can to keep him from his children, mainly because she holds a lot of bitterness toward him from their divorce. Then there’s Tammy, my heroine, who wishes her ex-husband would play a stronger, and more positive role, in their children’s lives while simultaneously trying to shelter the children from the pain they experience from their father’s unpredictable and often intermittent involvement.

It was totally God-led from beginning to end and resulted in my husband donating a kidney to a teenager he’d not met until the Sunday before the surgery. If you’re interested, I can share more about this in the comments below. It’s truly an amazing account of God’s sovereignty, care, and faithfulness!

If you knew you couldn’t fail, what other dream would you pursue?

There are so many things I love to do. I think the better question might be: If I knew I had unlimited time, what would I do. And yet, honestly, I’m doing everything I absolutely love or would want to do. Then again, I’ve never allowed fear of failure to stop me, and I tend to stick with whatever it is I’m pursuing for as long as it takes or until that drive to reach it fades. That’s one of the best gifts my father, who’s a coach, gave me — he instilled in me, from a very early age, the belief that I can do whatever I set my mind to, so long as I’m willing to put in the effort and the time.

Ephesians 2:10 and James 4:13-17. Combined, they remind me that God has an amazing plan, an eternal role for me to fill, and though I probably won’t understand all the turns, roundabouts, and detours, He knows precisely where I’m to be at every moment. And He’ll guide me toward His perfect plan, if I’d but listen, surrender and obey. I love that about Him!

I’d say strong female lead. I’ve been called a hurricane (“but in a good way!”) and a pit bull. I’ve also been told I’m very compassionate, so hopefully that balances out my focused stubbornness. : )

I had a dog named Phoebe, she was a Doberman, and we played together all the time. She could be fierce, whenever people approached and my dad was away, but she was also incredibly gentle, playing tug-of-war with me, with her sharp canines mere inches from my hand, and yet, she never once bit me.

Thanks, Jennifer! It’s great to have you as a guest at DivineDetour.

Thanks so much for having me on your site! I always love stopping by Divine Detour!