Kate Breslin ~ For Such a Time 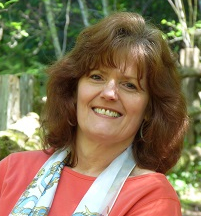 A former bookseller, Kate Breslin has written travel articles and published award-winning poetry. Her first fiction manuscript was an RWA Golden Heart finalist. For Such a Time, her debut novel, is a retelling of the Biblical story of Esther, but set in WWII.

Originally a Florida girl, Kate migrated to the Pacific Northwest where she now lives with her husband and a cat named Coco.

I started off writing poetry as a child. I inserted my lofty prose into homemade cards, scribbled it on scraps of notebook paper, and wrote it in my diary—anytime inspiration struck. In fact, whenever I misbehaved or hurt my mom’s feelings, I’d compose a poem for her and tuck it under her pillow at night, so she’d find it when she awoke in the morning. Believe it or not, that usually smoothed things out between us. She laughs about it now. : )

God often sends us down an unexpected path—one that ultimately blesses us more than our original plan. Have you ever experienced such a “Divine Detour”?

Absolutely! My “Divine Detour” came in the form of my current novel, For Such a Time. You see, I’d been trying to publish in the general romance market for years, and at the same time, I was slowly returning to my Christian faith. I started reading the Bible, something I’d never done before. Needless to say, my secular pursuits and my reversion to faith began to clash; gradually I questioned what I was writing and why. Then one day, as I reread from the Book of Esther, a story idea formed. From then on, my journey changed. Writing For Such a Time gave me the courage to start writing stories that inspire.

Being a Prodigal daughter myself, I enjoy reading and writing about heroes and heroines who have lost their way; but through their struggles with love and a miracle or two, they finally return home to God. 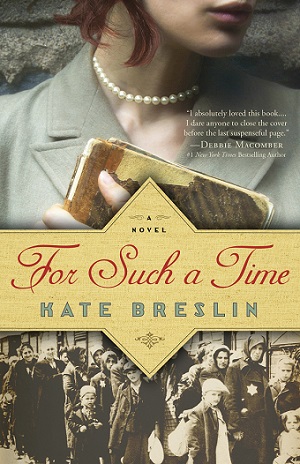 Let’s talk about For Such a Time (Bethany House, April 2014). Please tell us about the story.

For Such A Time is an inspired retelling of the Biblical Book of Esther, taking place not in ancient Susa, but inside the concentration camp of Terezin, Czechoslovakia, during Hitler’s Holocaust of WWII. Stella, a Jewess whose real name is Hadassah, feels abandoned by God when she nearly dies in front of a Dachau firing squad despite her false papers. Yet before the shot is fired, she is swept away by Aric von Schmidt, SS-Kommandant of Terezin, who takes her to his camp so she can become his secretary. Stella must keep her identity a secret in order to survive, but soon learns Terezin is a transit camp and its prisoners, her own people—are being sent to Auschwitz. Like the Biblical Esther, she struggles for the courage to try and help them, while Aric, like King Xerxes, is formidable and set in his ways, even as he feels a growing attraction for her. Stella soon discovers the only way she can possibly save them is to give her heart to the man responsible for their doom.

What gave you the vision for this story and its characters?

Well, as I said, the idea to write For Such a Time came as I was reading one of my favorite love stories of the Bible—the Book of Esther. It occurred to me how the Jewish people had suffered throughout history at the hands of one tyrant or another; I began to associate similarities between the wicked Haman’s plot to annihilate the Jews and Hitler’s more recent attempt with the Holocaust of WWII. I wondered if I could place the ancient Biblical account into this more modern venue, and from there the concept grew into a 400+ page novel. I began my research knowing little about the Nazis or Judaism or the Second World War, but as I read about the horrors and the brutality, along with tales of bravery and faith-keeping in those who struggled to survive, it became my passion to write the story.

As I explored Stella’s spiritual journey in For Such a Time, her anger at God, her feelings of self-doubt and bitterness as she watched her people suffer—I found myself examining the strengths and weaknesses in my own faith. Always on my mind was the question: Why did it happen? It seemed difficult to reconcile these atrocities with the love of our Heavenly Father. Yet when I finished writing the novel, I felt as though I had gained a better understanding, at least from my own perspective. I also came to realize even more God’s tremendous love for us, through His Son, Jesus Christ.

Chocolate, because I am woman! : )

I own a beautiful piano and took lessons for years, but I play by ear and so I’m undisciplined at reading sheet music. I also have a keyboard, so more often you’ll find me playing along with my talented guitarist husband, John, whenever we can relax and “jam” for a few hours.

Okay, I went online and took a quiz for this. I’m a love song…

When I need to be, I’m that strong female lead; but I prefer being the girl next door who sometimes dons those dark glasses.

I’ve had dogs since I was a child and I think they’re great. Several years back, however, I was “adopted” by one cat then another and I confess I’ve been a cat lover since. I’m down to only one right now, a beautiful Russian Blue female named Coco that a friend of mine rescued and gave to me. Cats are funny and smart, and I especially like not having to take them out for walks when it’s raining. : )

Thank you, Kate! It’s nice to have you as a guest at DivineDetour.

Thank you for hosting me today, Kathy. It’s been fun!

To purchase For Such a Time, logon to: