Love Displayed ~ You’re the Only One 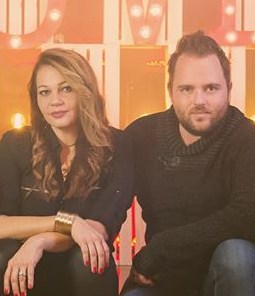 Husband and wife duo Zak and Amy Huffman founded Love Displayed in 2013, teaming up in 2014 with producer (and Jesus Culture keyboardist) Ian McIntosh. That relationship resulted in their new CD, You’re the Only One.

Through their non-profit organization, Spirit of Adoption Ministries (SOAM), the Huffmans have shared their music around the world — helping build homes for the displaced in Bulgaria, restoring dignity to victims of sex trafficking in Nepal, and rescuing addicts in the Mid-Ohio Valley. Proceeds from the new CD go directly to SOAM to help spread the Gospel to those suffering around the globe.

Divine Detour is honored to feature this exclusive interview with Zak Huffman.

How did you and Amy meet? And at what point did you know that music was to be your life’s work?

Amy and I met in 2007 and quickly became best friends. We did not meet in the music realm, but quickly realized we had each been leading worship for the majority of our lives so it was an immediate connection. We led worship together at our local church and as the Lord began to give us original songs, we realized this was something we needed to share. I would say that was around 2013.

The Author and Creator of our lives will often write in a plot twist that blesses us more than our original plan. Have you ever experienced such a “Divine Detour”?

Detours would be a great title for our biography some day! I don’t think anything in our lives is “conventional” or as planned. The first “detour” that comes to mind would be our business that we started in 2008. We had jobs that we really liked but things went really haywire and it really confused us. If we had not been laid off from those jobs, we would never have started our own business, which really changed our lives. It’s an oil and gas company that is still active today. 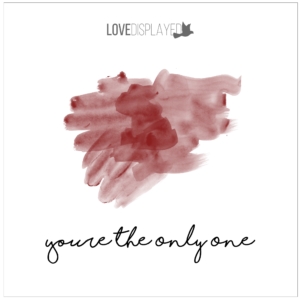 Let’s talk about your new album, You’re the Only One (Gypsy Music Group, April 2016). How many of the songs did you write?

We actually wrote all nine songs. The songs were written over a period close to a year. We had fifteen songs we really liked but ultimately narrowed it down to the nine tracks on the album.

Was there a theme or foundation song for the project? What’s your favorite song to perform live?

The theme of this album is definitely the song I Will Say Yes. It’s a proclamation that no matter what things look like or what it may feel like, we will say YES to what He asks us to do. We will not make decisions based out of fear.

Please tell us a bit about Spirit of Adoption Ministries.

Spirit of Adoption Ministries is our non-profit agency dedicated to taking care of the poorest of the poor around the world. Our love for missions work began in 2012, after going on a trip with missionaries Georgian & Winnie Banov of Global Celebration. I don’t think we have ever felt more at home than hugging the needy in the garbage dumps and proclaiming to them that they are treasured. And of course, feeding their hungry bellies and clothing them.

Whether you’re at home or on tour, what is your favorite comfort food and why?

I’m trying to be good! I have lost thirty-five pounds in the last couple of months but if I could eat anything, McDonalds all day!

Keep Your Love On by Danny Silk

I would love to run a marathon someday.

Psalm 113:7 He raises the poor from the dust and lifts the needy from the ash heap; he seats them with princes, with the princes of his people.

Thank you, Zak! It’s great to have you as a guest at DivineDetour.

Thank you! Blessings and joy!

To purchase You’re the Only One, log on to: