One of those Moments 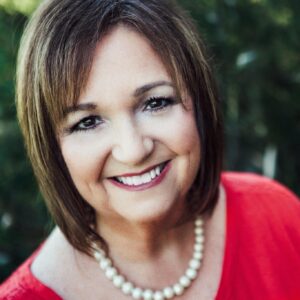 Remember the Bible story we heard as children about the three Hebrew boys, Shadrach, Meshach, and Abednego? Many of us know it by heart. King Nebuchadnezzar had built a statue of gold they were to bow before each time music was played, or they would be thrown in a furnace of fire. When the king brought them in to explain once again what would happen if they didn’t bow, their reply in Daniel 3:17-18 is so bold, it infuriates the king even more. “If we are thrown into the blazing furnace, the God we serve is able to deliver us from it, and He will deliver us from Your Majesty’s hand. But even if He does not, we want you to know, O, King, that we will not serve your gods or worship the image of gold you have set up.”

When you come to a crisis in your life, how will you respond even if He does not do what you are asking Him to do?

I have had several “even if He does not” moments in my life. The one with the greatest impact on the rest of my life came 31 years ago. After a miscarriage at thirteen weeks, three years of infertility, a pregnancy with a mass encasing the baby, an amazing healing, eight more years of infertility and a miraculous pregnancy, I had a moment when I had to decide where I stood.

On May 4, 1991, I went to the hospital at 37 weeks pregnant, because I was not feeling movement. That day, our southern gospel group had set up in our home church for Pastor Appreciation Day the next morning. We rarely got to sing in our home church, but it was not a secret we were our pastor’s favorite group. After being told the baby’s heart was no longer beating, my husband and I went home, per our request, to make calls to family members and friends, before going back to the hospital the next evening to begin the long process of delivering the baby. 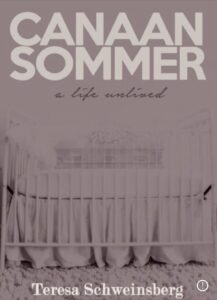 As we walked into an empty house with signs of the baby soon arriving all around, I went to lay down on the bed to process what had taken place in the last hours. As I lay there crying, unable to even pray, I heard my husband Rick in the other room on the phone. He was asking another girl in our group to call the church and explain why we would be unable to sing the next day. It was at that moment my thoughts went crazy.

Not sing?  We sang every Sunday somewhere and had for 16 years.  Canceling an appointment was a rarity. What would happen if we didn’t sing? What would I be doing until 6:00 PM the next evening when we would make the trip back to the hospital?  Would I lay in bed, unable to sleep, but unable to move? Would I finally let out the scream which seemed to be caught in my throat since the moment I knew, since I had seen no bleep on the ultrasound screen showing a heartbeat? Would I lay there in anger that others seemed to carry and deliver babies so easily, but I… well, I couldn’t? Would I blame God for not hearing my prayers to be a mother? Would I make up my mind if He didn’t answer my prayers the way I had asked to never sing again?

I felt a surge of strength come over me much like Popeye eating spinach. I heard myself calling my husband’s name and demanding, “NO!  Don’t cancel! I want to sing tomorrow. No, I have to sing tomorrow!” I knew at that moment faith is a decision. It is the decision the Hebrew boys made. It is the belief that God is able to do anything. Nothing is impossible with Him. That is faith… the belief. However, faith is even more than that. It is also the decision, just as the Hebrew boys made, to trust Him, love Him, and serve Him… even if He doesn’t do the thing we want Him to do.

I sang the next morning, because I needed to strengthen my muscles of faith by showing God I would trust Him, love Him, and serve Him, even though He was not going to change the outcome of my daughter’s birth in the next few days. I also needed to show that to the enemy of my soul, to let him know he had not won. I would not be bitter toward God, but would instead depend on Him even more in the days that followed, days of unbelievable hope and peace.

Many amazing things have happened because of my daughter, Canaan Sommer, born May 7, 1991. My father and brother came to Christ. My brother and sister-in-law remarried after being divorced for seven years. My doctor came to Christ and now gives a Bible to the parents of each baby he delivers. I am often contacted by mothers of other babies born sleeping. I get to listen to their stories while we say their baby’s name to affirm they existed and give those mothers comfort.

Many lives have been changed because Canaan existed, even though she didn’t live to be even one-breath-old.

Thirty-one years later, I’ve never been sorry I sang that day… even if He did not.

If you want to learn more of the story and the hope that followed, Canaan Sommer: A Life Unlived is available on Amazon and on Teresa’s author page. For speaking engagements, thoughts, or questions, contact Teresa@teresasauthorpage.com.