Phillips, Craig and Dean ~ Above It All

Phillips, Craig & Dean have recorded together since 1992. Twenty-three Number One singles later, the trio still routinely dominates the CCM charts. Juggling dual vocations as both pastors and recording artists, Randy Phillips, Shawn Craig, and Dan Dean spend about a month on the road each year, ministering at their respective churches during the remaining months. The group, widely-known for their mega-hit Revelation Song, has racked up more than a dozen awards and nominations, including Doves and CCM Magazine nods, and sold more than three million records.

Thanks to Shawn Craig for the following exclusive interview.

You’re each from diverse physical locations. What brought the three of you together?

Actually, not that diverse! We’re all from the south—Louisiana and Texas. The three of us were pursuing solo careers and songwriting on our own. We knew each other and Randy Phillips had the idea, along with John Chisum who was with Star Song Records at the time, to collaborate. We got together for the first time in October 1991 and in February 1992 we signed with Star Song. We couldn’t believe it happened so quickly!

I thought I had discovered God’s immediate plans for me in the second year of Bible college. I joined a singing group and started traveling, but we split up in eight weeks! I was bummed and moved back home. From there, it’s been many twists and turns and periods of disillusionment, but life has turned out to be more of an adventure than I could have ever imagined at the time. 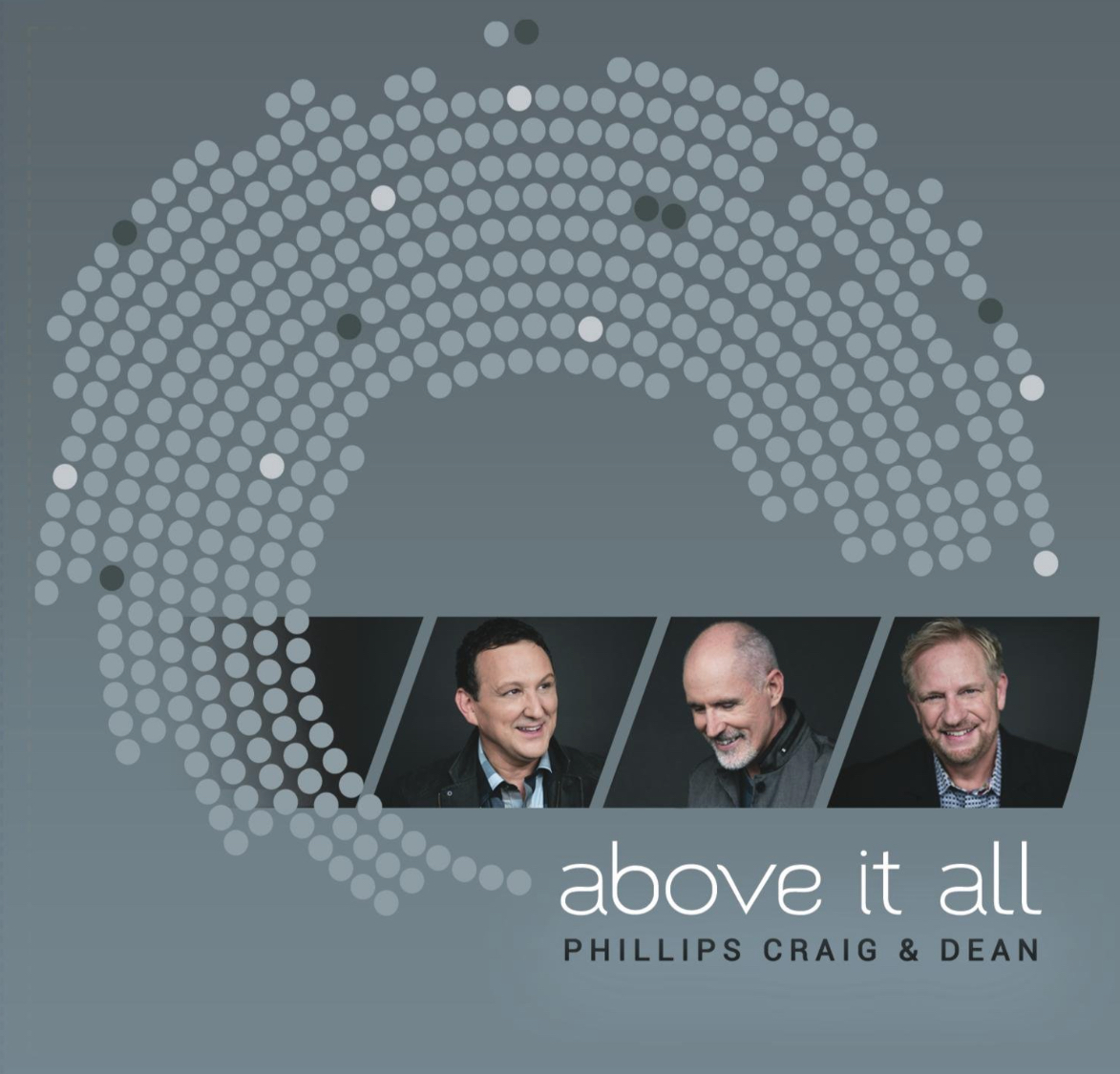 Let’s talk about Above It All (Fair Trade Services, November 10, 2014). Please tell us about it. Where did you record the album?

We recorded most of it in producer’s Seth Mosley’s home studio. Recording is much simpler than it used to be in that everything is digital and self-contained. Seth is great at getting what he needs from us pretty quickly. The title comes from the song High Above it All. I had the idea of using just that part of the phrase as the theme of the project, because as pastors we are often reminding people of that reality. Whether we are suffering, confused about God’s purposes, waiting on God to answer prayer, or disappointed in the outcome of efforts in ministry, there is a rest that comes from knowing that God is ABOVE IT ALL. We need that message now!

How many of the songs on the album did the group write or co-write?

We each wrote several songs with other songwriters. Songwriting is a weird thing, as it takes the right chemistry and we find that there are certain writers that happens with more often. Out of all the songs we submitted for this project, we each ended up with two a piece on the album.

How much do you tour?

Because we are full-time pastors, we limit our travels to about twenty-five dates per year so we travel less than most bands. However, when we’re out on the road we try to give it all we’ve got.

Whether at home or on the road, what is your favorite comfort food and why?

I’m a farmer at heart, so I love to grow our own food and get it on the table … sweet potatoes, black-eyed peas, tomatoes, cukes and more. Love it!

The last book I read was, If God, Then What? by Andrew Wilson. It’s a book written for people who wrestle with big questions of faith, truth and Christ’s identity. I talk with people who are there so I found it great fodder for conversation.

The call to know Christ is everything. Paul found this compelling, as one who knew so much about so many things, but his life’s pursuit became a personal knowledge of Jesus. It doesn’t get better than that.

I don’t have any pets, but if I had one it would be a white Lab.

Thanks, Shawn! It’s a pleasure to have you as a guest at DivineDetour.

For more information about Phillips, Craig & Dean, visit their website.