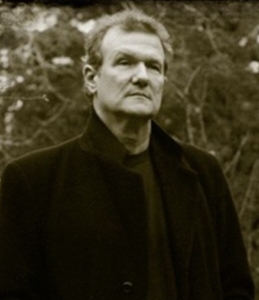 Steve Siler is the founder and creative director of Music for the Soul, a Christian ministry using the power of songs and stories to provide hope and healing for those who deal with some of life’s most difficult issues, from addiction to abuse to abortion.

Let’s talk about Mercy Great Enough (Music for the Soul, March 2017). Please tell us about it.

Mercy Great Enough is a CD project for anyone who has remorse, guilt, shame, or grief over an abortion in their past. It was compiled over a three-year period by doing a ton of research working with Christian therapists and people who’ve had a personal experience with abortion. Something that makes this project unique is that we dealt with this issue from both the female and the male perspective. Too often the men are left out of the discussion.

The project has thirteen songs and two spoken word pieces. The download comes with a twenty-one page devotional booklet with a devotion written for each song on the project. I feel like, by the grace of God, we’ve been able to capture moments that will help people find forgiveness for themselves and others — and find freedom for their future.

How did you go about selecting the songwriters and vocalists for the project?

I always try to let the song choose the singer. Once the songs are written, I think and pray about what voice might achieve the best emotional connection with the listeners. The passion a singer will bring to a song is also very important. I look for vocalists who know how to make a song their own. That’s how you get a believable performance that resonates with people.

We had the privilege of working with some extraordinarily talented singers and musicians for this record. Some of the voices your readers will recognize. Others are those of talented studio singers who, while not well known, are also extremely gifted.

As for the musicians, being in Nashville we have access to world-class players. Music for the Soul has had the privilege over the years to work with and become friends with a number of superbly talented Christian musicians. They have outdone themselves on this recording. 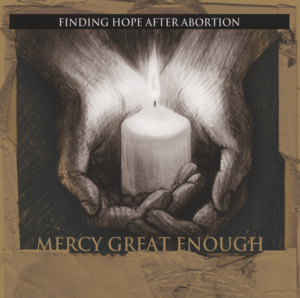 Hope Will Rise Again and Broken Into Beautiful are two of my favorite tracks on the CD. Would you please give us a bit of backstory on these two songs?

One of the themes that came up over and over again in our research was the fact that people felt that they need to be punished by God for an abortion in their past. It was actually quite surprising to me to find out how consistently people felt this way.

That’s where I got the idea to do the song Hope Will Rise Again. I understand God to be a God of forgiveness and grace. It became very important to me to convey that it was, in fact, not God’s desire to punish, but rather to heal and restore.

You’ll notice that the chorus of the song is sung in God’s voice in the first person. While some might think this is presumptuous, I believe strongly enough in God’s mercy that I feel confident this is the message He wants to speak to hearts that have been wounded by abortion.

Broken into Beautiful is actually a song that we found which existed before the project began. Gwen Smith, Sue C. Smith, and Chad Cates wrote it for a project that Gwen recorded several years ago. It is Gwen’s personal story which is what I believe gives the song its power. Also, the phrase itself is just so lovely and I believe says a lot about how God works to heal us and bring us to a more abundant life.

Those who “create” usually tap into a personal “toolbox” of elements to define their style. For example, a painter might use color, light, and/or shadows in a certain way to “sign” his work. A novelist might use syntax, pacing, or punctuation. What two or three elements most define who you are as a songwriter and producer?

Whenever somebody listens to a song they’re accessing their own memory bank to fill in the blanks. So writing the lyric in a way that leaves room for the listener to interface in a personal way with what they’re hearing is extremely important. I make that a priority in all of the Music for the Soul work.

An evocative melody is also key to the process. It’s got to tug on your heart. It’s got to ache a little bit to move you.

Then there is texture. This can be accomplished by the way the harmonies are spelled out, the arrangements, the choice of instruments, and the use of rhythm and dynamics. It’s actually kind of a high wire act, where you’re trying to create tension and resolution in a way that takes the listener on a compelling, emotional journey that is ultimately satisfying.

Thank you, Steve! It’s always nice to have you as a guest at Divine Detour.

To purchase Mercy Great Enough, log on to Music for the Soul.