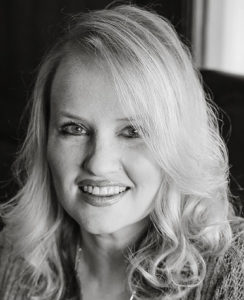 Tara Johnson is an author, a speaker, a passionate lover of stories—and an inspiration to many. A former Christian singer, she now shares her faith through the written word.

She has written articles for Plain Truth magazine and been a featured guest on Voice of Truth Radio and Enduring Word Radio. She loves to travel to churches, ladies’ retreats, and prisons to share how God led her into freedom after spending years living shackled as a people-pleasing preacher’s kid.

Tara and her husband, Todd, live in Arkansas. They have five children, Bethany, Callie, and Nate, as well as Taylor Lynn and Morgan Lane, who are with Jesus.

What started you on your writing journey? Have you ever experienced a real-life “plot twist” that made your life better?

I was signed with a Christian record label for ten years. When I was diagnosed with gastroparesis and began losing the ability to sing full concerts, I poured out my frustration in a personal blog. The followers grew. The more I wrote, the more encouragement I received. I had always been an avid reader and soon an idea for a story took residence in my heart. I began writing that messy first draft as my children took their afternoon naps.

My plot twist was basically losing my ability to sing. When a friend suggested I attend the national ACFW (American Christian Fiction Writers) conference, I balked. I was shadowed by confusion.

“Lord, you told me you would use my voice to lead people to you.”

I had built my identity in something that was too easily lost. It was a tough lesson to learn.

After much internal debate, I attended the conference. I sat in my first class, listening with rapt attention as the instructor taught on the distinction that should mark each author’s unique voice. It was then God spoke to my heart.

I’ve been writing ever since. 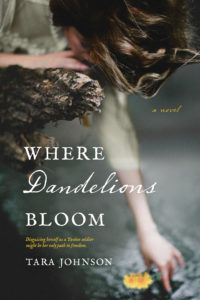 Let’s talk about Where Dandelions Bloom (Tyndale House, July 2019). Please tell us about it.

It’s based on the life of real-life Civil War hero Sarah “Emma” Edmonds. Cassie Kendrick’s abusive father has arranged her marriage to a despicable man, but she’s discovered an escape. Disguised as a man, Cassie enlists in the Union Army, taking the name Thomas Turner. On the battlefields of war, keeping her identity a secret is only the beginning of her problems, especially after she meets Gabriel Avery, a handsome young photographer.

Anxious to make his mark on the world and to erase the darkness and guilt lurking from his past, Gabriel works with renowned photographer Mathew Brady to capture images from the front lines of the war. As Gabriel forges friendships with many of the men he encounters, he wonders what the courageous, unpredictable Thomas Turner is hiding.

It’s a story of betrayal, personal demons, and the power of forgiveness.

It’s usually a toss-up between mashed potatoes, peanut M&M’S, and ice cream. My favorite flavors are mint chocolate chip and cookie dough. (Although I usually just eat the cookie dough out of it and leave the ice cream behind.)

Genesis 16. Hagar had been through some hard stuff and, tired of being mistreated, ran away. Perhaps that was the only way she felt she could gain an ounce of control over her life. In the middle of her heartbreak, the angel of the Lord found her by a spring in the wilderness and said, “Hagar, Sarai’s maid, where did you come from, and where are you going?” (NKJV).

After encouraging her and giving her the strength to do the hard thing and submit for God’s glory, Hagar called him El Roi… the God Who Sees.

The enemy has tried to take much from me in the past few years, but I have a God who sees me. He sees the hidden places in my heart. The wounds, the fears, the yearning for unconditional love… He knows it all and loves me anyway. If Genesis 16 resembles my spiritual story, Psalm 139 is my song of encouragement.

“The enemy has tried to take much from me in the past few years, but I have a God who sees me.”

In the story that is your life, are you the strong female lead, the girl next door, the mysterious woman behind dark glasses, the super heroine, or the little girl trying to walk in high heels?

I would like to think I’m the strong female lead. Most of us think we’re the hero in our own story, right? The truth is, if I were cast in a movie, I would most closely resemble the girl next door. If you want a full confession, I always feel like the little girl trying to walk in high heels.

Thanks, Tara! Your personal story is truly remarkable and an inspiration! It’s a pleasure to have you as a guest at Divine Detour.