The Freedom to Be: Jim Rubart

Jim Rubart’s debut novel, Rooms, is one of the most talked about books of the year. Now he hopes to encourage others to follow their dream, to embrace their freedom—the freedom to be who they aspire to be.

Talking to Jim for a few minutes will inspire you to do just that. 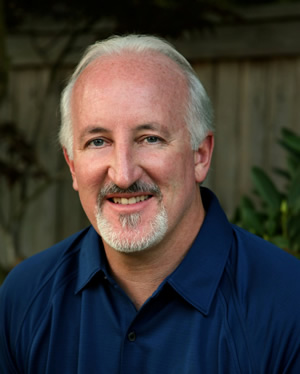 Your primary career has been in marketing. When did you begin writing? Has it been a lifelong ambition?

Only since I was twelve. Smile. Yes, lifelong dream which I buried for forty years because I was too scared to jump off the cliff. I’ve subscribed to Writer’s Digest for decades, went to one-day workshops since my early twenties, noodled on short stories, but never showed my writing to anyone. I thought I’d be like one of those kids on American Idol who everyone knows they can’t sing except them.

If there’s one thing that can come out of people looking at my journey it would be to see them go after their dream with abandon, whether it’s writing, painting, music, becoming a travel guide for trips around the world, becoming a speaker, starting a restaurant…I want to see people step out of the shadows and attempt the thing they’d do if they knew they couldn’t fail.

I don’t think about it. I’m an author. I’m a passionate follower of Jesus. Consequently my faith will come out in my writing, but I don’t consciously try to put my faith in my writing. I simply write the stories that won’t quit bouncing around in my brain.

Yes! Detours plural! Here’s just one: Back in 1996 I started working for a company that turned out to be so stressful my wife had to call 911 because we thought I was having a heart attack. I wondered why God had put me in that situation. But out of that two-year work experience I grew tremendously in my relationship with Jesus and learned things about life I wouldn’t have gleaned any other way.

Let’s talk about Rooms, your new book from B&H. Please tell us about it.

It’s the story of a young Seattle software tycoon who inherits a home on the Oregon coast that turns out to be a physical manifestation of his soul. What would we find if we walked into the rooms of our soul? My protagonist finds out! There are rooms of incredible joy, and rooms he doesn’t want to face, rooms that contain his deepest sorrows. But Jesus is the great Healer and Restorer…if we’re willing to step into those rooms. 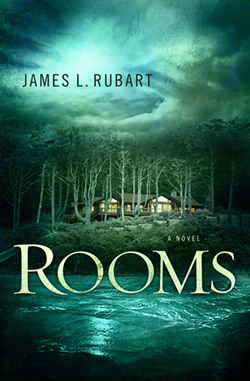 In Rooms, the main character finds faith through an incredible spiritual adventure. What gave you the idea for the book?

Comic books. The Twilight Zone. It’s a Wonderful Life. The Screwtape Letters. The Matrix. My love of romance. But the main inspiration came from a pamphlet I read as a kid called My Heart, Christ’s Home. I always wondered what would happen if you took the idea in that little book and blew it up on steroids. I mixed all the above elements together and out came Rooms.

The response so far has blown me away. Rooms is now published in French, Dutch, Portuguese, and we’re talking with Taiwan. A number of movie companies have expressed interest. We’re doing a large print hardback version, and the audio version will be out in September which I’m going to voice.

But the greatest thrill is when someone writes to me and tells me the book changed their life.

Besides the entertainment value, what is the one thing you hope readers will take away from it?

More freedom in their lives. Jesus said He came to heal the brokenhearted (all of us) and set the captives (all of us) free. I want people to step into the freedom that Jesus offers, step out of their fears into the divine destiny God designed for them.

Does your upcoming book, Book of Days (January 2011, B&H), have the same ethereal quality as Rooms?

It still has a supernatural premise at its core—that it might be possible to find God’s Book of Days (which is described in Psalm 139 and has recorded the past, present and future of every soul on earth)—but it’s not as immersed in the supernatural as Rooms is.

When writing, do your characters or your plots usually come first?

Usually a premise pops into my mind first, then I realize I need some people to make that premise come to life which comes through strong characters. So I’d say plot first, people second. You, of course, need both to create a compelling story.

This website is about both writing and music. You are a guitarist. In fact, there’s a Rooms music download available on your publisher’s site. Did you play guitar for the project? How did the music idea come about?

My publisher came up with the idea and I loved it immediately. I’ve played guitar since 9th grade so we recorded one of my songs and one of my son’s songs, and got the rights to use some other wonderful songs from musicians. On top of that, my friend Jeff Cooley at B&H wrote an original song inspired by Rooms that is one of the best country songs I’ve heard.

You teach The Master Seminars for marketing, an intensive two-day workshop in conjunction with Chip MacGregor. What was the impetus for these seminars?

I figured since novelists knew how to write books they would know how to write Web copy, ad copy, one-sheets, etc. Nope. I quickly realized those are two different skills. Plus, novelists—for the most part—are either intimidated by marketing or don’t know how to do it. I realized there was a huge need for authors to be taught branding, marketing, writing skills that would help them sell more books.

If a writer asks you for the one most important thing he can do to effectively market his book, what would you tell him or her?

Write a stunning book. I’m serious. Eighty percent of a novel’s sales comes from word of mouth. So one of the things I teach is how to come up with high concept ideas for novels. On one hand there’s nothing new under the sun, on the other, there are techniques for coming up with ideas that people are captivated by and that feel unique. Those are the books that stand the best chance of breaking out. After that I go to work on the twenty percent that can be influenced by implementing the right marketing techniques.

Rock and roll. Not heavy, but something high energy, a bit playful with a killer guitar solo.

I’m a major who is fascinated by the minors. Put another way, I’m McCartney, but a bit wistful that I’m not Lennon.

The rabbit is out of the hat, so to speak. What can you tell us about your hobby as a magician?

Oh no, you told on me! I started that hobby as a kid, and it eventually turned into doing corporate parties and performing professionally frequently in the 90s. I even got asked to perform for a George W. Bush campaign stop just before he was elected the first time. I don’t perform much anymore, but in May I did a short show at the Blue Ridge Christian Writers Conference and someone taped it—and of course with Facebook it was up on the Web a few days later. It was pretty funny to see myself performing again after all these years.

Is this a trick question? Do I tell you what I am, or what I hope I am? Let’s go with the latter which would make me the mythical warrior. The Old Testament is a story of physical war, the New Testament is the story of spiritual war. I hope I’m a warrior of the New Testament kind helping people to victory in their personal battles.

And a requisite question here at DD, are their any pets at the Rubart household? Dogs? Cats?

One cat. We used to have four, but, uh, let’s just say the raccoons in our backyard are not our friends.

Thanks, Jim! It’s great to have you as a guest at DivineDetour.

Great questions! Thanks so much for having me.

For more information about Jim Rubart, visit his website at www.jimrubart.com.