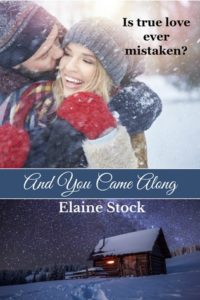 And You Came Along Elaine Stock (GTG Publishing, December 2017 and currently available in the novella collection: Winter’s Kiss)

All single mom Jacey Tucker wants for Christmas is for her young son to have a home and a smile. What she never expected was an eviction notice from her apartment, or the loss of her job. Now she can’t leave Kindred Lake, Pennsylvania fast enough.

Zander Paxton, wounded on duty while trying to save the life of his partner, needs a new residence for the second half of his recovery. His hometown of Kindred Lake offers promises, but it may be too late to make up for his past.

She heads south. He heads north. In the middle of a blizzard, five days before Christmas, they collide and wreck their vehicles, and nearly each other, on an ice-covered road. The kindness of two strangers provides a cabin for shelter, a place where pain is soothed and hope is renewed . . . until their pasts catch up to their present and threatens a forever separation. Is true love ever mistaken? 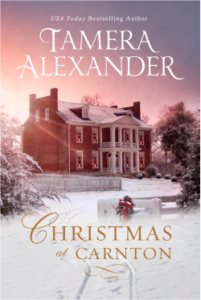 Recently widowed, Aletta Prescott struggles to hold life together for herself and her six-year old son. About to be evicted, she sees an advertisement for the Women’s Relief Society auction and applies for a position—only to discover it’s been filled. Then a chance meeting with a wounded soldier offers another opportunity. And friendship. But can she trust him? Is Jake Winston the man he appears to be? Having lost everything once, Aletta is determined to guard not only her own heart, but also her son’s.

Captain Jake Winston, a revered Confederate sharpshooter, suffers a head wound at the Battle of Chickamauga. When doctors deliver their diagnosis, Jake fears losing not only his greatest skill but his very identity. As he heals, Jake is ordered to assist with a local Women’s Relief Society auction. He respectfully objects. Kowtowing to a bunch of “crinolines” isn’t his idea of soldiering. But orders are orders, and he soon discovers this group of ladies—one, in particular—is far more than he bargained for. 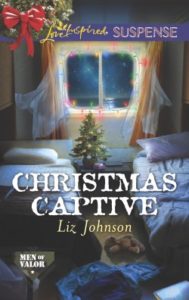 On his cousin’s Christmas cruise wedding, navy SEAL Jordan Somerton anticipated having the typical best man duties—not facing down criminals boarding the ship. But when the luxury liner is infiltrated by men determined to kidnap the flower girl, he’s plunged into an unexpected mission.

Maid of honor and DEA agent Amy Delgado hasn’t forgiven Jordan for a misunderstanding in their pasts. But with her young niece targeted, she must draw on Jordan’s skills as a protector. Signs point to an inside job. With a traitor in their midst, can they ensure that every passenger returns home safely for the holidays…even as they find love amid deepening danger? 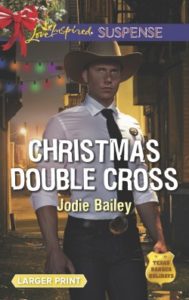 Undercover Texas Ranger Colter Blackthorn’s convinced Danielle Segovia is really a wanted criminal—until she’s nearly kidnapped right in front of him. Now Colter must keep her out of the clutches of the notorious drug cartel leader whose traitor sister is a dead ringer for Danielle.

The drug czar wants the drugs he thinks the pretty shop owner stole from him. And with the younger brother Danielle is raising dragged into the crosshairs, Colt has to find a way to protect them both. But a showdown at Christmas—with Danielle as bait—may be the only way to make sure they all survive the holidays.

Benaiah Troyer has loved Susanna King for as long as he can remember, but when his parents died in an accident a year ago, he broke up with her—for her own good. After all, he was now the sole caregiver for his three younger sisters. What woman would want to put up with that? Still, against his better judgment, he can’t help leaving her a gift now and then, anonymously addressing her name in big block print, just to catch a smile. Roses one month, maple syrup candy another; and maybe this time, something special for Christmas.

Susanna has never gotten over losing Benaiah, but now the clock is ticking. Her father is selling his glass-blowing business, remarrying in January, and moving to Iowa with his bossy wife-to-be. Angry and frustrated, Susanna realizes she’s left with three options: one, go with Daed to his new home with a new mom; two, stay in Jamesport, Missouri, as an old maid; or, three, the best yet, flush out her mysterious secret admirer. But how could she be with anyone else when her heart is still with Benaiah?