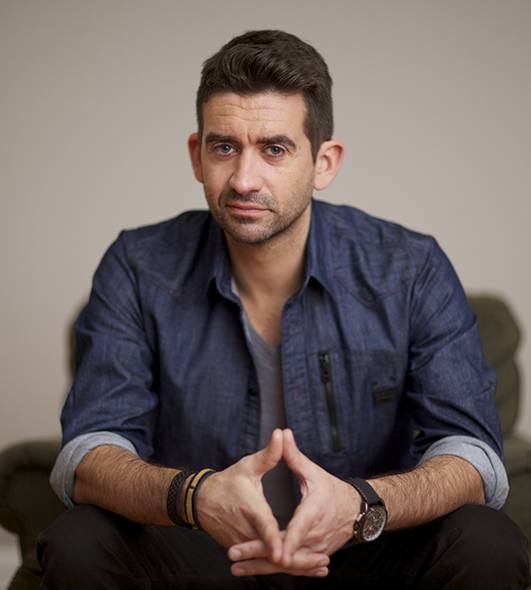 Aaron Shust knew as a child that he wanted to make music his life, but it took unexpected circumstances for things to work out the way he had planned. Does that sound like a “divine detour” in the making? It was.

He would eventually go on to win the 2007 Gospel Music Association Songwriter of the Year and New Artist of the Year awards. His song, My Savior, My God, also won Song of the Year that year. Three days ago, Aaron released his fifth album. All proof positive that he recognized his calling early on—and that God has blessed his hard work.

When did you know you wanted to pursue music? What sparked your professional music journey?

I was loving the big sounds of Tchicovsky and Beethoven since I was two; my mom said I would set up all the pots and pans and play along with the cymbal crashes. I sang my first solo in church when I was three, began taking piano at seven and wrote my first piano piece around ten. At thirteen I watched a Michael W. Smith concert on TV and was hooked. That’s what I wanted to do. I never stopped writing and recording my songs, even when things didn’t seem to be working out the way I’d hope. When given the offer to lead worship at a larger church in Atlanta (Perimeter PCA) I took the opportunity, began to write worship songs and eventually recorded my first album in the basement of a friend’s house, Mike Shamus. That album ended up being picked up by Brash Music. You can’t plan these things, you follow your heart and walk through open doors.

God often sends us on “detours,” new and unexpected paths that appear to be taking us off-track when, actually, they are positive redirections in life. Can you tell us about one such detour in your life?

Taking the job at Perimeter Church, quite honestly, felt a little like throwing in the towel in the best way possible. I wanted to be a recording musician and I honestly felt that calling on my life. I was confused by it not working out easily, but followed God’s prompting (a strong gut feeling) to pursue a responsible job as a worship leader at a church. This was after I chose a ‘responsible’ college major of Secondary Choral Music Education as opposed to music performance or even church music (although many would call any degree in music irresponsible!). If I had not taken that job and remained as long as I did, I never would have recorded that first album. Those songs never would have been written. My theology never would have been challenged to the point where I resonated with the words, “I am not skilled to understand what God has willed or planned.” Thank God for detours! 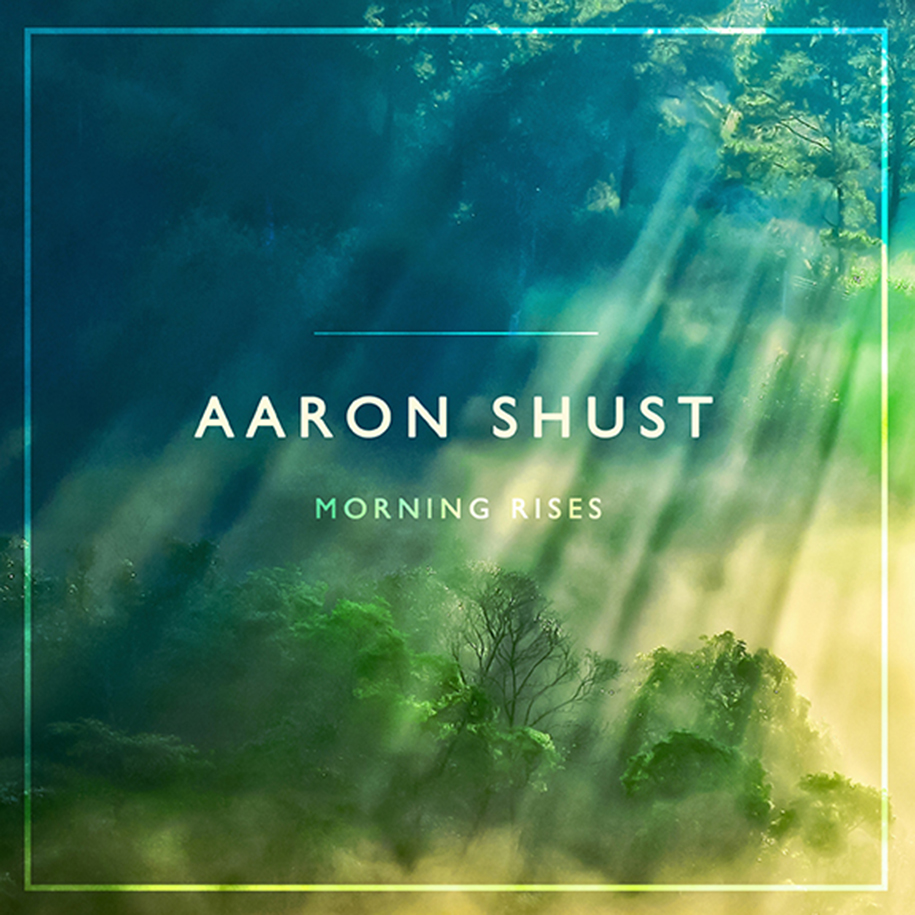 Let’s talk about your new CD, Morning Rises (Centricity Music, July 2013), which released only a few days ago. What’s the significance of the title?

Morning Rises signifies HOPE! It signifies promise. “As surely as the sun rises” can be found throughout Scripture in conjunction with the steadfast faithfulness of God’s attributes.

In the song, God of Brilliant Lights, I sing “like the morning rises, God Your Light is shining over us.” Jesus called Himself the Light of the World that shines into our darkness, and the darkness has not overcome it. I imagine God’s Light as the combination of all His characteristics like compassion and grace and mercy, not to mention the fruit (evidences) of the Spirit of God: His love, joy, peace, patience, etc. Just like the whole spectrum of color combines to create light, the qualities of God’s nature combine to create a Light that pierces through the darkness of our night.

As a songwriter, each song no doubt has special meaning for you. Is there one particular song on the album that speaks most explicitly to your faith walk at the time you recorded the project?

The number one song for me is Mighty Fortress. I began writing the verses of that song before anything else was written or chosen for this album. January 11, 2012, I sat in my sunroom on a sunny, snowy day in Pennsylvania and began to jot down things I believe God will never do. Two days later, my wife and I welcomed Michael Aaron Shust into the world to discover he has Down Syndrome and a major heart defect that would require open heart surgery. He had less than a 1% chance of survival and our lives were forever changed. In the face of an uncertain and unknown future, the words I had just written were my rock. “He won’t abandon, He won’t deceive, He won’t desert us, He won’t ever leave, He’ll never forsake us, He won’t ever run, He’ll never reject us, the Faithful One!”

What song do you most enjoy performing live?

Wow, so many! I love My Savior My God because the crowd responds in worship so readily. My Hope Is In You is not only such a beautiful declaration of our dependence on God’s sovereignty but it’s a lot of fun to play on piano! Recently God of Brilliant Lights just feels so fun to play as well. I love the little guitar hook throughout the song. As incredible as my band is, every song is fun to play!

Your blog is filled with devotional thoughts and insights. Have you ever considered writing a book?

That is a daunting prospect to me, but as I look back on my first four albums I’ve written a devotional for each song. That’s over forty short devotionals! I’ve yet to write devotionals for Morning Rises because honestly I haven’t felt ready and I didn’t want to force it. But I’m starting to feel my thoughts congeal and think I may pursue revisiting some of the devotionals I’ve written from the past four albums plus thoughts on these songs as well. Maybe if I combine it with some fun behind the scenes thoughts on the songs, I could come up with an interesting book for those interested in more than a couple of pages!

Hot (temperature) Italian food with red sauce. I grew up in an area where quality Italian food was a requisite. It’s often the last meal we’ll eat at home before I leave for a stretch on the road. It just sets things right in my mind. Manicotti, Spicy Sausage, Gnocchi, fresh bread, these are a few of my favorite words.

I alternate between reading books that matter and books that don’t. The last great book I read that mattered was called, The Leadership Secrets of Billy Graham, and I’m currently reading, God On Fire, by Fred Hartley III. Both are incredible. The last book I read that didn’t matter and that I loved was Inferno by Dan Brown. We don’t share the same theology, but it was a fun book to read and well written with a great twist!

An intentional major in a minor world.

In so many words, I’ve been told I’m the tall dark stranger, but I think most all musician/songwriters get that. We’re moody, introspective, and thoughtful. Can’t help it. Actually, I’m the child in the adult’s body.

We had a great dog, a little black Yorkie Poo named Obie, who now lives in Florida with my Nana. He became a little overprotective of my oldest boy Daniel when he was first born. We chose to keep Daniel. Now we attempt to keep fish alive.

Thank you, Aaron! It’s a pleasure to have you as a guest at DivineDetour.

Fantastic questions! Thank YOU. Look forward to meeting you!

For more about Aaron, visit his website or his blog.