Amy Sorrells is a native of Indianapolis and a graduate of DePauw University, where she creatively combined a nursing degree with journalism and creative writing as editor of her college newspaper.

Her work led ultimately to medical and nursing multimedia projects, a position as director of communications with her church’s children’s ministry, and a weekly newspaper column. She is a two-time semi-finalist in the ACFW Genesis contest and the winner of the 2011 Women of Faith writing contest. Her debut novel released last week.

Amy lives with her husband, three boys, and a gaggle of golden retrievers in central Indiana.

What started you on your writing path?

The more I’m asked this question, and the more I read other author’s responses to it, the more I’m convinced no one really wants to become a writer–not exactly. I think perhaps when a child first learns that a crayon or a pencil can move along the surface of something . . . when certain souls learn that the images, then letters, then words of the heart can be pushed out through the hand and appear as tangible color and text . . . that for certain people, that means of expression becomes a need. Not a decision, but a need, something like breathing for the introvert who holds emotions so tightly within that only the gentle scratchings of a pen can free them to live.

Officially, however, I started researching the process of traditional publication in 2006, when my youngest son went off to elementary school and I had the time to delve into the pursuit.

Has God ever sent you on an unexpected “detour” that changed your life for the better?

He has, many times. Most recently, I traveled to Zhytomyr, Ukraine in January 2013, to work and learn about a ministry which is very dear to my heart called Mission to Ukraine (MTU). Since about 2009, my family has been sponsoring a boy there named Peter, who suffers from muscular dystrophy. I never thought any of us would get to meet him. I was (literally) too afraid to travel across the ocean. And even if I had wanted to go, I had no idea how we could afford it. But the leaders of MTU wouldn’t quit asking me to take a trip there with them. Finally, I told them I would try to raise the money, and if I could, I would go. In less than four days, the entire trip—to the penny—was funded, and a few months later I (terrified) boarded the plane and spent the most amazing nine days of my life meeting our precious Peter and falling deeply in love with the people, and my friends, in Ukraine. In fact, my second novel, which is slated for a spring 2015 publication, centers around a lot of Ukraine history. The whole experience reinforced just how deeply God is involved in the tiniest aspects of our lives, and how He fills our hearts to overflowing when we step out of our fear and into the great adventure with Him. 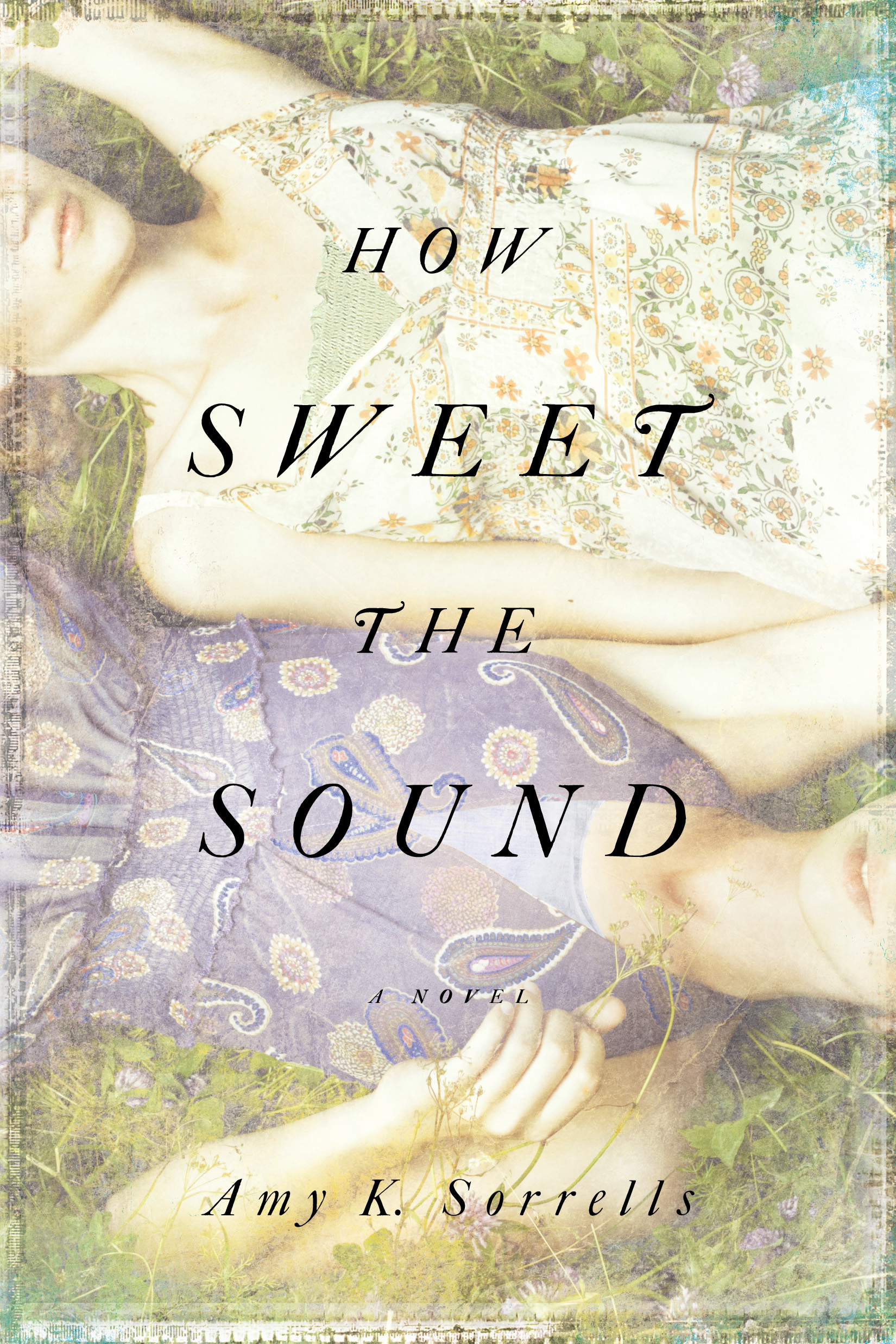 Let’s talk about your debut novel, How Sweet the Sound (David C. Cook, March 2014). Congratulations! Please tell us about it.

Thank you so much! How Sweet the Sound is a Southern gothic, a coming-of-age set in coastal Alabama during the summer of 1980. From a distance, the Harlans appear to be the perfect Southern family. Wealth and local fame mask the drama and dysfunction swirling through their family line. But as the summer heats up, a flood tide of long hidden secrets surface.

Devastation from a rape followed by the murder of two family members brings three generations of the Harlans together on their pecan plantation in Bay Spring, Alabama, which I modeled after the real town of Fairhope, Alabama, which is tucked along the coast of Mobile Bay. Chief among the Harlans is Anniston, who by the time she turned thirteen thought she’d seen it all. But as her heart awakens to the possibility of love, she begins to deal with her loneliness and grief, alongside the others left grieving in her family.

The story is inspired by the story of Tamar in 2 Samuel 13, and ultimately shows that though our earthly family can wound and disappoint, our heavenly Father is ever-present and always good.

What motivates you to write about “broken places”?

Isaiah 61 is my life scripture. It talks all about how God promises to restore the broken. Not only that, He promises to bless the broken, not with riches or fame, but to take our pain and use it to strengthen and embolden and make our lives displays of glory—His glory. I want everyone who reads my words to know they can claim these truths for themselves, and that brokenness is not in vain. Every broken story matters. Because every broken story is made beautiful again in its time, if we allow God to enter in to those places and heal us.

God often uses our stories to teach us when we’re writing them. What did you learn (about life, faith, and/or even yourself) in the process of writing How Sweet the Sound?

This absolutely happened to me as How Sweet the Sound went through the editorial process. One of the crucial and truly most difficult pieces of feedback I received from my developmental editor is that I needed to find a way to redeem the character I disliked the most in the story. Oh, how I fought that challenge. The character is mean, plain and simple. How could I find a way to make her loveable? Still, I knew my editor was right. And in the midst of that struggle, to shape that difficult, abusive character into someone who was loved by God, too, I heard God telling me He wanted me to do the same for the difficult-to-love people in my life. And sometimes the best way to do that, as readers will see, is to realize that hurt people hurt people . . . that pain isn’t always so much about me, as it is about unseen battles in that other person…and that God can move in Isaiah 61 ways in every person.

Fast food. Any kind, the greasier the better.

Music has always been a big part of my life. When I was three, my parents introduced me to the piano, which I have always loved. I still do, but I can really only play favorite hymns and simple tunes anymore. Also, my high school had an outstanding music department, and I was the lead clarinet nearly all four years. I sing in my church’s choir whenever I have the time. And I have even dabbled with some songwriting, recently, too, which is a fun way for me to incorporate my love for writing poetry with music.

My teenage son says I’d be a sappy love song. But I think I would tend more toward Bohemian Rhapsody. That song features about every style of music incorporated into one, and it’s a little middle-aged and goofy. So yeah, I’d be a Bohemian Rhapsody.

Considering when I’m not writing I’m a registered nurse and a mama and a wife, the answer to this question depends on the day. Actually, it depends on the hour. Is “all of the above” an answer?

I’m a dog lover. I know you are too. Please tell us about your “pack.”

Yes, we have three golden retrievers, Zoe, who is eight, and Jaxson and Buddy, who are both four, although from different litters. Somewhere along the line, my husband and I lost our minds and convinced ourselves each of our three sons needed their own dog. Although crazy on the outside, this has actually turned out to be a blessing. Few things make a disastrous day better than three, eighty-pound creatures thinking and behaving as if you’ve hung the moon just for them.

Thanks, Amy! It’s great to have you as a guest at DivineDetour.

It’s been a pleasure! Thank you!

To purchase How Sweet the Sound, logon to: