Andrew Peterson ~ The Monsters in the Hollows 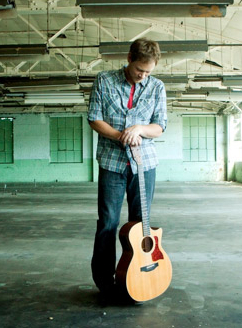 Christy award-winning author Andrew Peterson has just released the third book of his Wingfeather Saga series. The Monster in the Hollows, a young adult fantasy, continues the escapades of Janner Wingfeather.

Also an acclaimed singer-songwriter, Peterson began his career in 1996, signed with his first label, Watershed-Essential records in 1999, and received his first Dove nomination in 2004. His debut project for Centricity Music in 2008, Resurrection Letters, Volume II, became the highest Billboard charting album of his career at that time. His latest CD is entitled Counting Stars.

It seems apparent when listening to your music and/or reading your prose that you love words and the art of expression. When did you first realize that you wanted to pursue a career in music?

Sometime in high school I fell in love not just with music, but the making of it. I felt stirrings in my spirit when I listened to certain songs—songs by Pink Floyd and Tom Petty and James Taylor—and I was always trying to recreate that stirring, trying to get to the bottom of the spell I was under. It never occurred to me that Jesus was behind it all. Not until I heard the music of Rich Mullins the year after high school. His music pulled back the curtain and showed me the great love that I was looking for (and the love that was calling to me). I had played in bands and stuff, but it wasn’t until then that I told God in my heart that I wanted to tell His story with my gifts.

What sparked your desire to write a children’s fantasy series?

I wanted to write stories before I ever picked up a guitar. After a decade or so of playing music I read The Lion, the Witch, and the Wardrobe to my children, and that old love of storytelling—a part of me that had been sleeping—woke up. Suddenly I wanted to tell stories that woke other people up, too.

I think the biggest way my faith in Christ plays into my work is that I believe I know the source of creativity itself. That doesn’t make the creative act any easier for me, of course, than for someone who isn’t a Christian. But it does mean I have a name for that mighty fire that sparks the imagination. It means the creative act is also a kind of communion. It means I approach the work with some fear, some humility, and also the boldness of an adopted son of the king of creation.

Yeah. Again and again. So many it’s hard to know where to begin. The demise of my first band, which led me to a friendship with the guy who gave me my first Rich Mullins album, which led to me going to Bible college on a whim, which led me to my wife, who talked me into singing the songs I was writing, which led me to Nashville. The arrivals of each of my three children were jarring and frightening and joyful, and of course they’ve led to the richest part of my life. Nowadays I welcome the detours even as they scare me silly, because I’m finally convinced that the worst of them yields the best fruit. 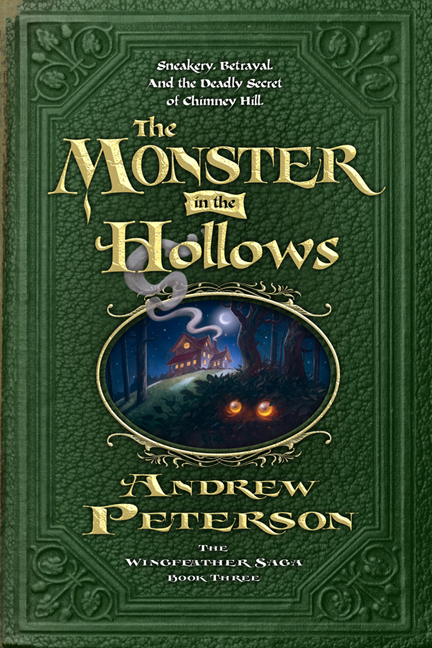 Let’s talk about your new book The Monster in the Hollows (Rabbit Room Press, May 2011). Please tell us about this, the third book in the Wingfeather Saga series. What is the targeted age group for the series?

The Monster in the Hollows is the third in a four-part saga, and is written for children (and adults!) age ten and up. I know of a lot of families who read them aloud to much younger children, but as the series grows, so does the peril. But they’re not just for kids—C.S. Lewis said that any book worth reading as a child is worth reading as an adult. I happen to agree.

Besides entertainment, what do you hope readers will take away from the book?

I remember all too well how scary it is to be a kid. Childhood is as full of frights as delights. We homeschool our children, but I’m careful to point out that we’re not doing it out of fear or over-protection. Yes, there are things we hope to protect our children from, but I can’t shield them from the truth that the world is fallen. It’s a broken place, and kids know that as soon as they’re old enough to know anything.

One of the biggest blessings of art is that it reminds us that we aren’t alone. I believe that if I can tell my story (even my made-up fantasy story) well, then I’m also going to tell your story. And when readers experience that moment of “Ah! All this time I thought I was the only one,” then we’re comforted and encouraged. We soften our hearts to the possibility that there’s more to this world than what we can see, and that can lead us to faith, and belief, and a childlike trust that there’s a great good in the world that’s stronger than all the evil that ever was.

G.K. Chesterton said that fairy tales don’t teach children that dragons exist; children already know that. Rather, fairy tales teach children that dragons can be beaten. That’s the kind of story I want to tell. And the only way to do that is to acknowledge the hurt that’s a part of our existence from the beginning, then to demonstrate through the quickness of pulse, the flutter in the stomach, the joyful goosebumps that tell us our hearts need healing—and that Christ, in whom all things hold together, can heal the most broken and bleeding hearts that ever beat. 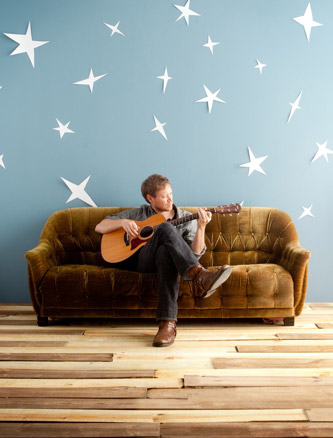 Please tell us about your latest CD, Counting Stars. What was your inspiration for the project?

Counting Stars is my favorite of my albums. Everything—from the sound of the instruments to the lyrics to the songs to the collaboration with my dear friends and bandmates Andy Gullahorn and Ben Shive—came together in a way that fills me with gratitude. The songs are about family and community, heaven and earth, and most of all about the triumph of hope over despair. The title is a reference to God’s promise to Abraham that his descendants would outnumber the stars. If you think about it, those of us in the Kingdom are the fulfillment of that ancient covenant. That means our hope, however hard it is to hold, is not in vain.

Apple crisp. I don’t know why, but ever since I was a kid I’ve delighted in the crunchies.

I’m the child in an adult’s body. I feel most alive when I remember what it’s like to be ten years old.

I love dogs, too! Ours, Moondog, is a giant Great Pyrenees who keeps a close watch over our little corner of Tennessee. I’m pretty sure he descends from a line of kingly canines. He and I spend a lot of time walking the woods around our house, and he makes a magnificent pillow for our children. We have a few cats and chickens, too, but Moondog rules the property.

Thank you, Andrew! It’s a pleasure to have you as a guest at DivineDetour!

To purchase The Monster in the Hollows and/or Andrew’s CDs, logon to: