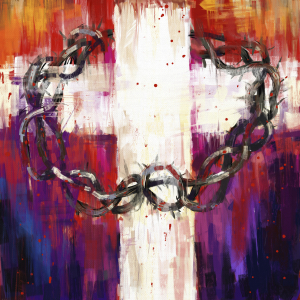 If a vote were taken today, Peter would most likely win the “favorite disciple” award because we relate to him so much.

That’s right. Peter. The disciple who tried to walk on water but splashed. Who rebuked Jesus for saying He was going to suffer and die. Who lost the whole meaning of the transfiguration with his focus on building shelters.

The same Peter who didn’t want his feet washed, fell asleep in Gethsemene, awoke to cut off the ear of the servant of the high priest, fled the scene and denied Christ three times.

None of these would be the criteria we’d consider for the “favorite disciple” award.

But then Peter changed. He became the leader of the disciples. He preached boldly at Pentecost… Was beaten and imprisoned multiple times for what he preached… Healed a lame man… Took the Gospel to Cornelius, a Gentile… And wrote two of the books in the New Testament.

So what happened to Peter? Jesus’s death and resurrection. AND a very special meeting between Jesus and Peter. Just the two of them. We don’t know what was said during that meeting. But no doubt Peter learned about the inexpressible mercy of Jesus to fallen sinners. He learned that Jesus longed more deeply to restore Peter than Peter longed to confess his sin.

The comfort and forgiveness that Jesus gave Peter during that private time changed him. Changed his countenance so that there was no doubt that he had met the Savior and was a “new” man.

The Peter of the Gospels was impulsive, unsteadfast, slow of heart to understand the mysteries of the kingdom. In Acts, he was firm and courageous, ready to go to prison and face death as he preached about His risen Savior. In fact, some have said that the change in Peter is one of the most convincing proofs of the power of Christ’s resurrection.

The same forgiveness and mercy of God that changed Peter can also change us as we experience Jesus Christ in our time between before and after. What a wonderful life lesson from our “favorite disciple.”