Bookended by the Temple

When the days drew near for Him to be taken up, He set His face to go to Jerusalem. And [Jesus] entered Jerusalem and went into the temple. ~ Luke 9:51 ESV; Mark 11:11 ESV 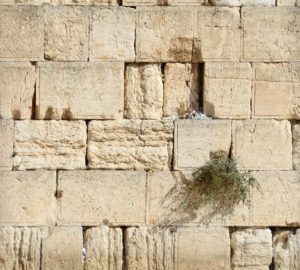 One has to wonder what Jesus would be thinking about. What memories would have come to mind?

Maybe His first trip to the Temple when He was but forty days old, the day His parents consecrated Him to the Lord? Or would He remember being seen and held by Simeon, who proclaimed that he could now die in peace because he had seen the Lord’s salvation? Maybe Jesus would remember the prophetess Anna who gave thanks for the precious baby who would be the redemption of Jerusalem.

Did He remember His first Passover in Jerusalem when He was twelve years old? When His parents had been upset because He disappeared for three days. Why hadn’t they known He’d be in the Temple — His Father’s House — among the teachers, listening and questioning?

It was the same Temple the devil took Him to after His baptism by John, daring Him to jump from the highest point because ‘surely His Father’s angels would catch Him.’ The same Temple where He taught and healed whenever He was in Jerusalem. Where He sparred with the religious leaders and praised the widow’s two small coins.

The Temple had been a part of Jesus’ life from start to finish. It was His Father’s house — the visible sign of God’s presence with His people. The only place He wanted to be as He prepared His followers for His impending death on the cross. He gave His life — bookended by that magnificent Temple — as the perfect sacrifice.

The Lamb of God Who takes away the sin of the world. Amen.