Cindy Thomson has made up stories for as long as she can remember. But it was researching family genealogy that inspired her first novel. Annie’s Stories, the second book in Cindy’s Ellis Island series, released in June.

A mentor for the Jerry B. Jenkins Christian Writer’s Guild, Cindy also writes non-fiction. Her published works include a biography of baseball Hall of Famer Mordecai “Three Finger” Brown and Celtic Wisdom: Treasures from Ireland, an inspirational anthology.

Cindy and her husband, Tom, have three grown sons.

My genealogy research sparked my writing. When I couldn’t find all the answers on my ancestors, I made them up! Seriously, as I began to get more interested in these people and their immigration to America, I studied the social history of the time—what compelled these people to make the decisions they did? What else was going on at the time that would have influenced them? That novel is still not published, but I moved on as I studied the craft of novel writing. Still, the stories of what our ancestors endured, overcame, and accomplished influences what I write.

Faith was an integral part of the lives of the people I write about. I believe we can learn from their journeys, and that God speaks to us through those stories.

Jeremiah 6:16: This is what the LORD says: “Stand at the crossroads and look; ask for the ancient paths, ask where the good way is, and walk in it, and you will find rest for your souls…”

God sometimes sends us down an unexpected path—one that blesses us more than our original plan. Have you ever experienced such a “Divine Detour”?

Many times. For instance, I was a teacher for many years and never thought about writing for publication during most of that time. It wasn’t that that path was not what God wanted for me—I believe it was at that time—but it changed. Now I write full time and mentor writers through the Christian Writers Guild. I think it helps to be open to change because change is always coming in some form. 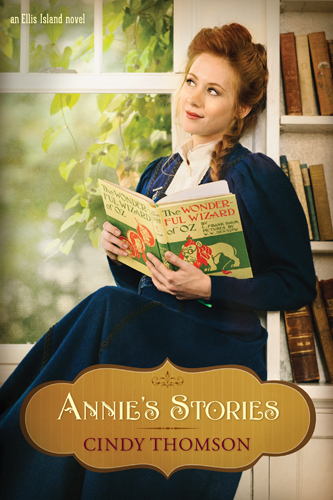 Let’s talk about Annie’s Stories (Tyndale House, June 2014). Please tell us about it.

The year is 1901, the literary sensation The Wonderful Wizard of Oz is taking New York City by storm, and everyone wonders where the next great book will come from. But to Annie Gallagher, stories are more than entertainment—they’re a sweet reminder of her storyteller father. After his death, Annie fled Ireland for the land of dreams, finding work at Hawkins House.

But when a fellow boarder with something to hide is accused of misconduct and authorities threaten to shut down the boarding house, Annie fears she may lose her new friends, her housekeeping job . . . and her means of funding her dream: a memorial library to honor her father. Furthermore, the friendly postman shows a little too much interest in Annie—and in her father’s unpublished stories. In fact, he suspects these tales may hold a grand secret.

Though the postman’s intentions seem pure, Annie wants to share her father’s stories on her own terms. Determined to prove herself, Annie must forge her own path to aid her friend and create the future she’s always envisioned . . . where dreams really do come true.

You have a unique tagline, “Writing the stories of our inheritance,” and each book in the series has a unique historical premise. What are the other books about? 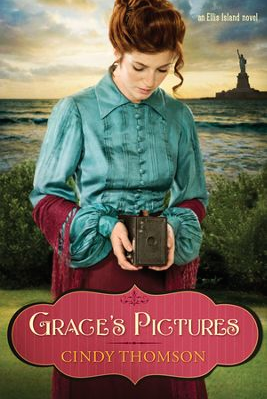 Grace McCaffery hopes that the bustling streets of New York hold all the promise that the lush hills of Ireland did not. As her efforts to earn enough money to bring her mother to America fail, she wonders if her new Brownie camera could be the answer. But a casual stroll through a beautiful New York City park turns into a hostile run-in with local gangsters, who are convinced her camera holds the first and only photos of their elusive leader. A policeman with a personal commitment to help those less fortunate finds Grace attractive and longs to help her, but Grace believes such men cannot be trusted. Spread thin between her quest to rescue her mother, do well in a new nanny job, and avoid the gang intent on intimidating her, Grace must put her faith in unlikely sources to learn the true meaning of courage and forgiveness.

The third book is still in the works, but it involves Italian immigrants, a dog, music, and family secrets.

Chocolate helps when I’m struggling, and when I’m on a roll I like munching popcorn. Tea is a must most of the time.

Not really. My husband and my youngest son are the musicians in my family. I love music, though.

Something quiet most likely, but with meaning and history. Something like Be Thou My Vision.

The girl next door, I think. Pretty average.

I had a dog named Boots. My dad used to say she was Heinz 57 Varieties. She was some kind of terrier mix, loved kids, and liked to chase all around the yard one of those cheap playground balls you could get at K-mart. I’ve had several different pets since then. Currently we have two feral cats, that aren’t so wild anymore except that they live outside because I’m allergic. I have two grand dogs that visit sometimes. : )

Thanks, Cindy! It’s great to have you as a guest at DivineDetour.

Thanks for having me! I hope you’ll all visit me online or on Facebook.

To purchase Annie’s Stories, logon to: