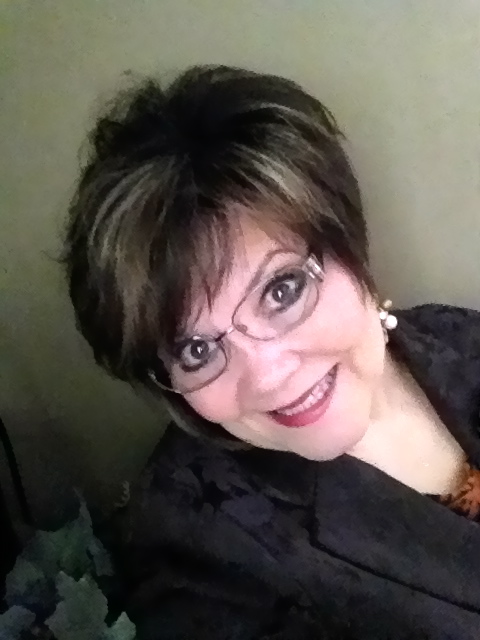 Cynthia Ruchti’s books have been recognized by the RT Reviewers’ Choice Awards, Retailers’ Choice Awards, and Gayle Wilson Award of Excellence. Her debut novel, They Almost Always Come Home, was nominated for an ACFW Carol, and her novella, The Heart’s Harbor (A Door County Christmas), received a Family Fiction Readers’ Choice Award.

She served as writer/producer of The Heartbeat of the Home radio show for more than three decades, and her articles have appeared in a number of national publications, including Christian Communicator, Charisma, and CFOM.

Cynthia and her husband live in the heart of Wisconsin, not far from their three children and five grandchildren.

I was one of those obnoxious kids in school who got giddy when the teacher said, “Essay test.” Multiple choice drove me crazy because I always second-guessed the teacher’s motives in those “All/None of the above” options. True/False was sometimes easy, but again, I’d pause and think about the long-term ramifications of answering True. Was it ALWAYS true? Was I missing a subtle clue hidden in the way the question was asked? But essay questions! Whoo hoo! Let me at them.

That doesn’t translate into a writing career, nor does it make a person a good writer. But from an early age, I appreciated words and books and the power of story to move the human heart.

When my husband and I married, I worked as a lab assistant in a chemistry laboratory at a large medical facility. As children came along, I left the lab to stay home and care for them, but took creative writing courses to keep myself entertained with brain stimulation that didn’t involve The Memory Game or The Wheels on the Bus.

Totally unrelated in my mind, but not in God’s, two weeks after completing the last lesson of one of those correspondence courses, I was handed the opportunity to write and produce a radio broadcast called The Heartbeat of the Home. That broadcast was on the air across the country for thirty-three years and just retired in 2012.

The broadcasts were radio drama (fiction) combined with devotional thoughts (non-fiction). A few years ago, I felt a pull to develop the fiction side of me into full-length novels and began to study through writers’ conferences and American Christian Fiction Writers, soaking up all the knowledge I could, and going through the typical nibble of encouragement and flood of rejections until my debut novel was a Genesis finalist and caught the eye of an editor for Abingdon Press. That novel—They Almost Always Come Home—was a Carol Award finalist in 2011. Before the end of 2013, I’ll have six books in print with more to come in 2014, a mix of novels, novellas, and nonfiction.

Some think of faith as a crisis management technique, or a Sunday activity, or something beautiful but untouchable—like an art museum piece. But I know that’s not what God intended. So faith is threaded throughout my life and shows up in my writing as a natural extension of my core values. More importantly, it shows up because of God’s core values and His influence on every possible plot, whether we acknowledge it or not. But I hope readers continue to find that the faith element in my stories is interwoven rather than slapped on, that it makes sense and enhances the depth of the story rather than distracts from it.

Let’s talk about your new book, When the Morning Glory Blooms (Abingdon Press, April 2013). Please tell us about it.

When the Morning Glory Blooms tells the stories of three women from three distinct eras, each facing the repercussions of unplanned pregnancy. Anna runs a home for unwed mothers in the 1890s in a society that would rather pretend they don’t exist. Ivy is a young single unwed mom in the 1950s, caring for Anna toward the end of the older woman’s life, listening to Anna’s imaginative ramblings which have an unusual ring of truth to them. Becky is a Twenty-first Century mom of a teen mom, concerned about her daughter’s future and uncertain how to parent a teen parent. Each woman is desperate for hope, for different reasons and yet the same reasons. Their stories unfold with the mystery, shadows, fragility, and elegance of a morning glory blossom uncurling to face the dawn.

Where did you get the idea for this particular book?

It started out as Anna’s story only. But Ivy insisted on having her story told, too. The manuscript lived for quite a while with only the 1890s and 1950s components. Then Becky showed up one day, begging to have her story told, too. I resisted letting her in, knowing that adding yet another era would be a delicate dance to keep readers engaged. But that Becky…she can be tenacious. Once I settled into the three layers, the novel began to flow.

Few families aren’t touched somehow by unplanned or unwed pregnancy. Statistics say that currently 48% of babies are born to single or teen moms. I’ve known some of them, ached with them, rejoiced when their beautiful babies were born, and feel in my bones the weight of their challenges. It’s so much more than just the announcement of a simple sentence, “I’m pregnant.” So much more.

God often uses our stories to teach us when we’re writing them. What did you learn (about life, faith, and/or even yourself) in the process of writing this book, and which woman’s story touched you the most personally?

I’m still learning. After writing, editing, galleys, promoting, every time I talk about the book or a reader talks to me about it, something new surfaces. I learned a lot about friendship, about reserving judgment until I know someone’s story, about the measureless depth of God’s grace. I probably identify most closely with Becky’s storyline. I want to wrap Ivy in my arms and give her the mother-love she craved but couldn’t have. And I dream of being the woman of character Anna was. The secondary characters in the stories wormed their way into my heart. I find myself wondering how they’re doing today.

Detours in life can be frustrating—kind of like plot twists in the stories we write—but the outcome is often more intriguing than our original plan. Can you tell us about a “detour” in your life that turned out to be positive?

My first career was in the chemistry lab. Doesn’t it seem like a natural leap to go from that to writing novels? In between was a 33-year stretch as writer/producer of a 15-minute radio ministry that aired across the country. What a divinely meandering path to where I am today! And each step held its delights and its difficulties, all which shaped me and kept me dependent on the One who knows the end from the beginning.

Interestingly, I just gave them up today, a few hours ago. Crunching potato chips helps me think. I don’t know what I’ll do without them. How long has it been now?

My dad was a band director. Both Mom and Dad sang a lot. With four siblings, all singers, family vacations in the car were songfests with a minimum of four-part harmonies. I played clarinet in middle school until my dad decided the band needed a bassoon. I played bass drum or bells in the marching band. In college, I played bassoon in the concert band. After years of playing piano, organ, and keyboard, I’m currently a backup singer for our church’s worship team. For years, my two sisters and I sang trio for women’s events and mother/daughter banquets, then I would speak. My parents are both gone now, but every family gathering is so music rich, the event doesn’t seem complete until my brother’s guitar comes out and we break into song. Some of my most memorable musical moments (note the alliteration?) have been leading worship for the Write to Publish conference and singing with the worship team for the ACFW conference.

A medley. A little bit of Vocalise with a chorus of any number of worship songs, morphing back into Elsa’s Procession to the Cathedral, followed by a verse or two of  the Hallelujah Chorus.

We had a long-haired Chihuahua named Mitzy when I was growing up. What a sweet dog.

Thanks, Cynthia! It’s great to have you as a guest at DivineDetour.

Thank you, Kathy. It’s been an honor. I hope your blog readers will take a look at When the Morning Glory Blooms, and that they’ll stop in to leave a comment and start a discussion. I love interacting with readers, answering questions or posing them. Everyone has a story to tell.

For more information about Cynthia, visit her website at www.cynthiaruchti.com.

To purchase When the Morning Glory Blooms logon to: