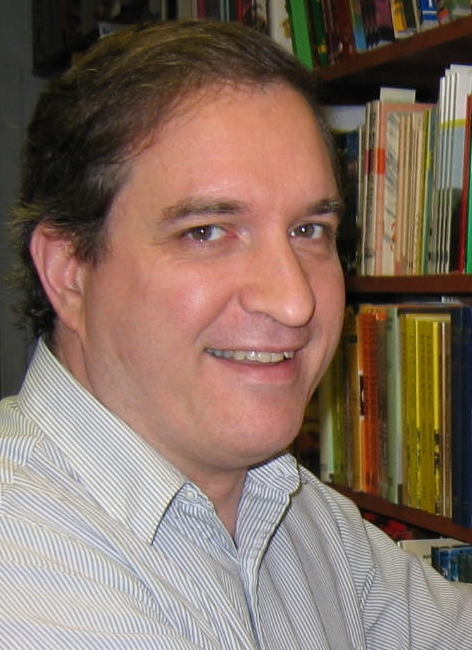 David E. Fessenden has more than thirty years of experience in writing and editing and has published five nonfiction books, including Writing the Christian Nonfiction Book: From Concept to Contract.

He holds degrees in journalism and theology and has edited dozens of books and written hundreds of newspaper and magazine articles. After two decades of editorial management for Christian publishers, he became an independent publishing consultant.

Dave’s first novel, The Case of the Exploding Speakeasy, releases in November.

Taking into consideration all of the writing projects you’ve worked on through the years, which was the most gratifying? Which one taught you the most?

Wow, that’s a hard question. Father to Nobody’s Children, a biography of Thomas Barnardo, was my first book, and it was gratifying for two reasons. First, the story of his work to rescue homeless children was so poignant that I found myself getting teary-eyed as I wrote it.

Second, the project taught me so much about the process of writing a book that I ended up doing a regular column in a writers’ newsletter. These columns were the basis for my most recently published book, Writing the Christian Nonfiction Book: Concept to Contract.

Yes, though it was quite a few years before I saw the positive aspects of it! I came out of college with a journalism degree and floundered around in a few jobs before getting a technical writing position—writing and editing instructional manuals for a software company. It was challenging work, and sometimes a bit dull, and I wondered why God put me in that position. Then I landed my first job in Christian publishing, and was handed a book for children with games, puzzles, and exercises that taught about faith. It wasn’t organized well, and I was asked to edit it to make it more “user-friendly.” I took one look at it and said, “This is really nothing more than an instructional manual,” and I was able to rework it in no time at all. That’s when I discovered that every writing and editing experience is fodder for future projects.

Let’s talk about your debut novel, The Case of the Exploding Speakeasy (Lighthouse Publishing of the Carolinas, November 2013). Please tell us about it.

Thomas Watson, the son of Dr. Watson, the colleague of Sherlock Holmes, has left London for Philadelphia to begin a career as a newspaper reporter in the mid-1920s. Sherlock has died, and Dr. Watson is in London taking care of Sherlock’s (smarter) brother, Mycroft. Thomas learns that his father has died suddenly, and he wonders who will take care of poor old Mycroft. Then Thomas comes home to discover Mycroft ensconced in his apartment, waiting to be taken care of!

In the meantime, Thomas happens on a mysterious explosion at a neighborhood speakeasy, resulting in the death of the speakeasy owner and his card-playing buddies. When Thomas tells Mycroft about it, he seems to have the entire solution—but he insists that Thomas should figure it out himself.

Can Thomas solve the mystery and get his first front-page story? Will Mycroft help, or simply continue to drop obscure hints? Will Thomas be in danger from Boo-Boo Hoff and the Philadelphia mob? And what information can be gleaned from the local director of the city mission and his beautiful young daughter?

What sparked your fiction-writing journey?

I love the Sherlock Holmes stories—I’ve read them all dozens of times—and I’m fascinated with the 1920s as well. So I guess it was inevitable that I would dream up a mystery set in the 1920s. But since Sherlock and Watson would likely be past retirement, how about if Dr. Watson’s son carries on the investigative work?

And then, I have also been especially fond of Mycroft Holmes, a Nero Wolfe-type character who solves mysteries from the comfort of his easy chair. This story has been cooking in me for about thirty years, can you believe that?

I like to take a tall glass and put a few scoops of ice cream in it, then add milk and stir up a super-thick homemade milkshake. It is so good! In fact, I’m going to make one right now.

Yes, I play guitar and I’ve written about fifty original songs, most of them on biblical themes.

My childhood pet was a mutt (mostly rat terrier) we named Terry. The poor thing got hit in the eye with a baseball (thanks to one of my brothers) when she was just a pup, so she only had one eye. But she was still a hunter, and used to go out into the woods and do battle with wild animals. One time she killed a woodchuck that was bigger than she was!

Thank you, Dave! It’s nice to have you as a guest at DivineDetour.

To purchase Writing the Christian Nonfiction Book: Concept to Contract, logon to: