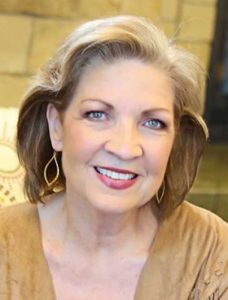 In the course of our daily lives, we may be confronted with an offense. Some offenses are small and seemingly insignificant, while others may feel big and bowl us over. What can we do when one comes our way? What approach can we take when one hits?

I had a pastor once tell me that in all the years he had known me—which had been many—he had never seen me get offended.

“Well,” I answered, “there may be a number of reasons why you have not seen me offended. First, I don’t look for offenses. Second, I believe I have somewhat of an understanding of people, and most things roll off my back. And third, in most cases I am oblivious to someone wanting to offend me. I’m too busy living life.”

Though I don’t get offended easily, there have been some serious moments in my life when an offense has grabbed me by surprise, and I have had to figure out how to respond. Before I decided to live for Christ, my attitude was bent in a different direction. Now I see where offenses can actually be like angels unaware, in that God may allow them into our lives to see if we use them to minister to others rather than fold our arms in a huff and nurse a bad attitude.

Many years ago, one of my daughters who wrestled with God, Jesus, salvation, and the message of the gospel, found herself coming home from work one evening a little faster than she should have. She knew she was in trouble when she saw flashing lights speeding up behind her. When the officer approached the driver’s side window and asked for her license, he also asked if she knew why he stopped her. She timidly answered, “I was speeding?”

“Offenses can actually be like angels unaware, in that God may allow them into our lives to see if we use them to minister to others.”

“Yes. The offense is for speeding. You were well over the limit.”

After looking at the last name on her driver’s license, the officer asked if she was related to me, since our last name is unusual. “Yes,” she said.

Still standing at the side window of the car, he paused for a moment, flipping the license over a few times as if he were contemplating something. Then he said, “I should give you a ticket for speeding, but I’m not going to this time. Last winter, your mother brought my partner and me hot chocolate when we were stuck out on the highway directing traffic during a serious snowstorm. You broke the law, but because of what she did for us, I am going to show you grace this time. You are free to go. Don’t speed! You understand, young lady?”

My daughter was shocked. And I was just as shocked when she got home and shared what had happened. We both sat silent for a minute, and then I realized the teaching opportunity I had to share with my daughter.

“What happened tonight is an example of grace that leads to salvation. We break the law all the time because of the sin in us. God pulls us over and asks, “Do you know why I stopped you?” If we are honest with ourselves, we will respond yes. We know we are sinners because there are spiritual laws set up for us, and we break them all the time. The officer who showed you grace because of a simple act I did last winter demonstrated in a small parallel way what Jesus did on the cross for us. Because of Jesus’ act of love and kindness, we can be set free and not have to pay the penalty of our sin.”

My daughter sat quietly as the message sank in. She got it, and we both smiled.

The response to offenses isn’t always grace. But when it is, sometimes it’s in a form we would not expect or even see as grace.

Years later, when the murder of our five-year-old foster daughter devastated our family, the offense weighed heavier on us than we could bear. Our hearts were broken. I thought, Surely, God wouldn’t expect us to show grace in this situation, would He? And yet, when I received a call from the mother who took her little girl’s life in a brutal and selfish way, I sensed the Holy Spirit say to me, “If she called Jesus, would He take her call?” Jesus would show grace, even to a murderer.

The response to offenses isn’t always grace. But when it is, sometimes it’s in a form we would not expect or even see as grace.

From the simple offense of a speeding ticket to the death of a beloved child, I believe God showed His grace and shared it with us when we did not deserve it. Would He expect the same from me? 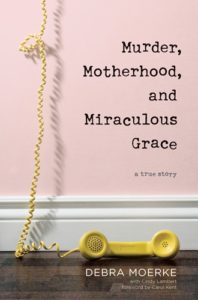 In my book, Murder, Motherhood, and Miraculous Grace, God reveals His love as He called me and gave me grace to minister and show love to a murderer. I am reminded what Paul said in Romans 5:8: “But God demonstrates his own love for us in this. While we were still yet sinners, Christ died for us.”

Oh, if we could look at each offense and see the opportunities. The opportunity to be the hands, feet, and mouthpiece of Jesus.

Debra Moerke and her husband, Al, were foster parents for eighteen years, taking in more than 140 children. Debra has served as the director of women’s and children’s ministries of the Central Wyoming Rescue Mission; the executive director of a Christian crisis pregnancy and counseling center; a jail guard; and a jail chaplain. In 2017 she graduated from Gateway Seminary in California with a certificate in Christian ministries. She is currently an associate real estate broker and owner of Stratton Real Estate. Debra and Al live in Casper, Wyoming and have six children and seven grandchildren.

For more information about Debra, visit her website. To purchase Murder, Motherhood, and Miraculous Grace, log on to: