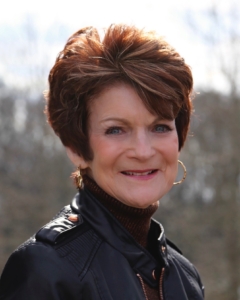 Bestselling author DiAnn Mills is a founding board member of the American Christian Fiction Writers; a member of Advanced Writers and Speakers Association; International Thriller Writers, and the Faith, Hope, and Love chapter of Romance Writers of America. Her books have appeared on the CBA and ECPA bestseller lists; won two Christy Awards; and been finalists for the RITA, Daphne Du Maurier, Inspirational Readers’ Choice, and Carol award contests. In 2014, Library Journal presented her with a Best Books honor.

As the co-director of Blue Ridge Mountains Christian Writers Conference, along with social media specialist Edie Melson, DiAnn lives out her passion of helping other writers be successful. She also teaches writing workshops around the country.

DiAnn and her husband reside in Houston, Texas.

I wrote from the time I could hold a pencil, but not seriously until 1996 when my husband challenged me to write a book. He suggested I quit my day job to see if I could get anything published in the next year. During that time, I approached writing as a full-time job. I wrote articles, short stories, and devotionals. Several were published. By learning the craft, practicing techniques, attending workshops and conferences, and working through lots of rewrites, I sold my first book. It was published in 1998. My husband continues to be my best cheerleader and my best editor. His support, encouragement, and prayers are an intricate part of in my life.

Just as good novels include a plot twist, the Author and Creator of our lives often writes in a twist that blesses us more than our original plan. Have you ever experienced such a “Divine Detour”?

Years ago, as a single mother with four sons, I’d reached the point where the pantry and refrigerator were empty and no possibilities for a job. Desperation settled on my shoulders. I prayed for help, but I didn’t really believe God would respond. That’s what He did for others, not me. The doorbell rang, and a woman stood before me. She said God had told her those living within my home needed food. Her car was loaded with groceries; all items my sons enjoyed. I never saw her again. The same day I received a phone call asking me to direct a day care facility. My four sons would receive free care and meals while they were attending. This “Divine Detour” rooted my faith in God’s provision.

Let’s talk about your new book, the second in your FBI Task Force Series, Deep Extraction (Tyndale, April 2017). Please tell us about it.

A SUSPICIOUS DEATH, A SECRET PLOT, A BUDDING ROMANCE. A pacemaker should have saved oil and gas magnate Nathan Moore’s life. Instead, it provided his killer with a perfect means of execution. Special Agent Tori Templeton teams up with US Marshall Cole Jeffers to investigate Nathan’s murder and whether it’s connected to a recent bombing at one of Nathan’s oil rigs. The closer they get to finding the killer, and to each other, the more intent someone is in silencing them for good.

For FBI Special Agent Tori Templeton, her role as a best friend to a murder victim and an investigator of violent crime, the places she visits are often hostile and dangerous. Even in the presence of her best friend.

For US Marshal Cole Jeffers, the victim was a close friend. Yet to investigate the crime, he must push aside old haunts.

You’re a sought-after teacher at writing conferences, so I want to segue briefly with a “craft” question. How do you go about doing research for such intense, realistic stories?

I believe in living the story with my heroes and heroines as much as possible. With my FBI stories, I have forged a relationship with Houston’s FBI. I’m able to ask questions and experience many of the adventures of my characters. The media coordinator, a dear friend, reads every word of my unpublished manuscript to ensure credibility. This allows the FBI to be seen in an accurate light. All that is ever asked of me is two signed copies of the published book. Actually, I’d give them an entire case. 🙂

My goal is for the reader to feel the emotions of the characters, to have each reader step into an adventure and hold on tight until the last word.

Freshly brewed coffee and peanut butter pretzels. I’ve been a peanut butter fan since a child. At one point in my life, I’d been ill and needed protein. Forcing me to eat meat is not an easy task, so my dad bought me a case of peanut butter.

My mission Scripture is Jeremiah 20:9 ESV: If I say, “I will not mention him, or speak any more in his name,” there is in my heart as it were a burning fire shut up in my bones, and I am weary with holding it in, and I cannot.

I’m all of them! I’m the strong woman who strives to grow physically, mentally, emotionally, and spiritually by working constantly on each area of my life. I’m a big advocate for exercise and healthy eating. I believe in constantly filling my mind with knowledge. God is in control!

I’m the super heroine who longs to right injustice and search out ways to bring story to life for my readers.

I’m the little girl who wobbles on her high heels and needs confidence to face the world.

And I’m the woman who needs Jesus in every breath.

I haven’t had a pet since my cocker spaniel passed. Her name was Samantha, and she proved to be a dear companion.

Thanks, DiAnn! It’s nice to have you as a guest at Divine Detour.