It’s not easy to summarize Ted Baehr’s life. Born in 1946, at the height of the Golden Age of Hollywood, to parents who were both successful stage, screen, and television actors, Ted grew up in New York and followed in his parents’ footsteps. He performed in commercials, movies, television, and on stage.

Tune-in to the 27th Annual Movieguide® Awards on the Hallmark Channel on Monday, February 25, at 10 pm EST/PST (9 pm CST). 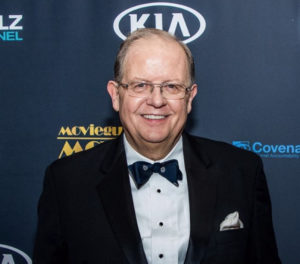 It wasn’t until 1975 that his life turned. He attended seminary at the Institute of Theology at the Cathedral of St. John the Divine. To support his seminary education, he accepted a position as the Director of the Television Center at the City University of New York, was director of TV and Radio at Trinity Church, Wall Street, and started the Good News Communications ministry in 1978.

One year later, he was elected President of the Episcopal Radio & Television Foundation (ERTF), and he began conceptualizing another ministry—the Christian Film & Television Commission™. During his tenure, the ERTF won an Emmy Award for Best Animated Special for The Chronicles of Narnia: The Lion, The Witch, and the Wardrobe, that aired on CBS and was watched by more than 37 million viewers. He was also nominated for another Emmy Award for the PBS Series Perspectives: War and Peace, in which he served as the executive producer, creative director, and host.

In 1983, while Dr. Baehr was serving on the Communications Board of the National Council of Churches and the National Religious Broadcasters, movie producer Ken Wales (The Pink Panther and Christy) introduced him to George Heimrich. Inspired by George Heimrich and George’s wife, Lucille, Dr. Baehr contacted prominent members of the entertainment industry, and in 1985, he formed the Christian Film & Television Commission™ ministry and MOVIEGUIDE®: A Family Guide to Movies and Entertainment. The Christian Film & Television Commission™ ministry initiated the Annual MOVIEGUIDE® Faith & Values Awards Gala and Report to the Entertainment Industry in 1992 in Los Angeles.

Thank you for taking the time to visit Divine Detour, Dr. Baehr. Please share a bit of personal insight about the MOVIEGUIDE® awards.

When we started MOVIEGUIDE® in 1985, the major studios in Hollywood released few movies with any positive Christian content or values—less than 3%! By the time we started the Annual MOVIEGUIDE® Faith & Values Awards Gala and Report to the Entertainment Industry in 1992 and 1993, however, there were twenty-seven such movies, or about 10.38% of the market share. Incredibly, twenty-five years later, in 2016, at least 179, or 64%, of the movies released by the movie industry contained at least some positive Christian, redemptive content! That’s a numerical increase of almost 563% and a percentage increase of nearly 532%!!!

Also, when we started in 1985, less than 6% of the major movies were aimed at families. In the past several years, movies marketed to families have increased to nearly 40% of the top movies released in your local movie theaters. Finally, since we started in 1985, there were only about one or two movies being made with strong, explicit Christian content or values, but, now, there are sixty-five or more such movies each year! That’s at least a 3,150% increase.

The former chairman of a major Hollywood studio told me he attributed all these positive shifts directly to MOVIEGUIDE®’s influence as well as the Christian Film & Television Commission®’s box office analysis and Annual Report to the Entertainment Industry. Many major movie studios now have a Christian, faith-based film division, and several studios are doing major movies with strong and overt Christian or biblical content. Also, now, all the major studios, not just Disney, are doing movies for young children and families.

This doesn’t mean, of course, that the studios aren’t doing bad or horrible movies any more, but it does mean there are fewer and fewer bad movies, and an increasing number of good ones. It’s our prayer that the movie industry will make more and more commendable movies, and remove all offensive elements from them.

What can we expect on The 27thAnnual MOVIEGUIDE®Awards, airing Monday, February 25 on the Hallmark Channel? 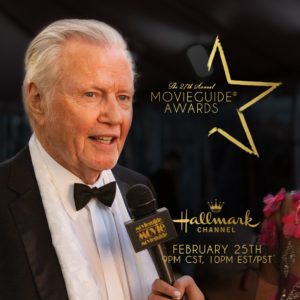 Unlike some award programs that can be raunchy, political, or celebrate immoral movies you don’t agree with, The MOVIEGUIDE® Awards celebrates movies and television programs that have Christian faith and values! This year, the show will be hosted by the very funny Candace Cameron Bure from Fuller House, and her daughter Natasha Bure.

Great movies usually have a plot twist that makes the story even better. You experienced a real life “plot twist” that changed your life for the better. What Bible story, parable, or passage best describes your personal journey of faith?

Paul’s journey. I was a card-carrying member of a communist organization, a massive drug user, and living with four women. (With a) challenge to read the Bible, my life turned by the power of grace overnight. The drugs stopped, the philandering stopped. And, I became a passionate follower of Jesus Christ empowered by His Holy Spirit.

Thank you, Dr. Baehr. It’s a pleasure to have you as a guest at Divine Detour.