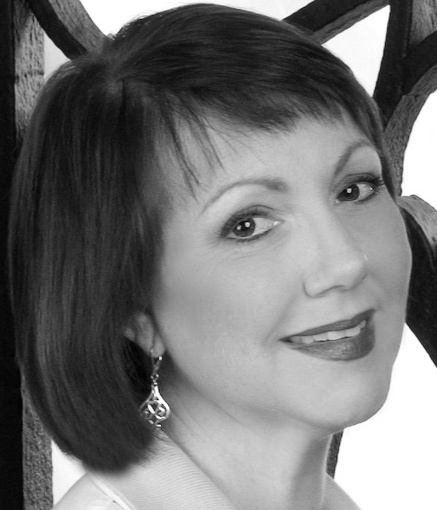 Eva Marie Everson is a successful speaker, a popular radio personality, and the award-winning author of Things Left Unspoken and This Fine Life. She is coauthor of The Potluck Club series and The Potluck Catering Club series. Her latest book, Chasing Sunsets was released by Revell on June 1.

Eva Marie was born and reared just outside Savannah, Georgia. She is a former nurse and a seminary graduate. Now a mom and grandmother, she and her husband live in Florida.

You initially pursued other careers. Did your writing journey begin with a small step or a leap of faith? How and/or when did you confirm it was the right path for you?

That’s right; I was a nurse by profession. Such a long road. The journey as a writer really began before I could write words or sentences or any of that. I always knew I had something inside to say and that if I could just figure out how to get my crayon to do what it was supposed to do on the piece of construction paper my mother gave me…

I took a walk in 1997 and had an idea for a novel, which became my third (traditionally) published book and my first novel. I had been writing for a children’s ministry for a year, but not by any means professionally. Then a door swung open to attend the first meeting of a newly formed writers’ critique group. I went; eventually became the first president of this group (called Word Weavers, which is now the Jerry B. Jenkins CWG Word Weavers with locations across the nation and soon to be internationally known). Two years later, a door opened, I walked into what was then called CBA International Convention (it was being held here in Orlando). I met an editor, gave her my idea, and nine days later, I was offered a contract.

This was what I’d always wanted to do. Always. But I had not thought it possible. God had other ideas (He’s in the impossible to possible work line, you know…).

Yes, the one I just mentioned. I left nursing (I was also the owner of my own business) in 1992 after I became very ill. I kept asking God, “Why?” Why did I have to become so sick (almost to death)? What I didn’t see clearly at that time was that, with being “sofa-ridden,” I started back with a life-long passion of reading. I’d finish a book, say, “I think I could have written that…” and then start another. Pretty soon, I was sitting at the computer, writing little stories. The rest, as they say, is history. 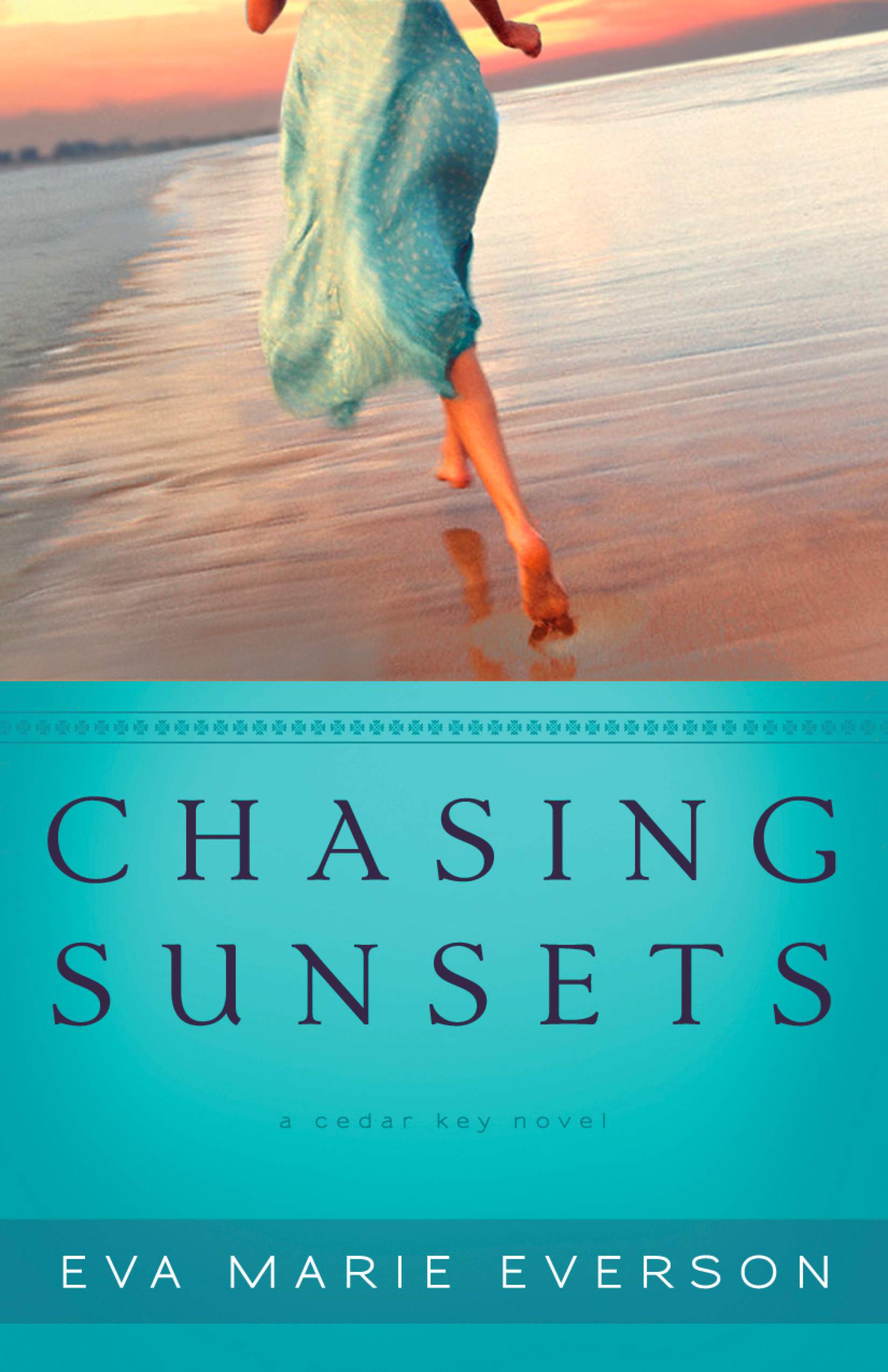 Ohmygoodness! I’m so exited about this book! In 2004, after the hurricane season left Florida devastated, I was in need of a new place to go away and write. My hairdresser told me about Cedar Key island in the Gulf of Mexico. It was about a two-and-a-half hour drive from home. I called my friend Janice Elsheimer and asked if she’d like to take a little trip with me. She said, “Sure!”

As soon as I came into the island, I felt as though I’d hit home! I love this place so much. One visit, Janice and I took magazines for leisurely reading. I was sitting in our condo overlooking the gulf, flipping pages, and came up on an ad for Liz Claibourne. The whole ad—full page—caught my eye. It told a story. I held it up to Janice, told her what I saw and…well, read the book! That’s where you can hear it too!

Isn’t Chasing Sunsets the first in a new series for you? When you begin a series, how far ahead do you plan each book (i.e. do you outline the entire series in advance)?

It is and I don’t! I hardly have a book outlined when I start much less the series. I know the story line; I know where I want to begin and where I want to end. I usually see the ending pretty clearly, actually.

Then I build my characters and I let them tell me what happens in between. But don’t tell anyone that; they’ll lock me up for sure! : )

You are a sought-after speaker, encourager, and freelance editor. What is the most important piece of advice you give writers who are just starting out?

I get tired of hearing excuses as to “why I can’t do it.” (Can’t never could…) When I was first published, I’d gone back to work and was working full time. I got up at 4:30 and wrote. I wrote at night. I wrote during breaks at work. Little by little I was able to let go of the full time job and take a part-time job. But, I still had to write around it. Frustrating at times, but I managed. And, in the midst of all this, life kept going on. Nothing about life is ever easy, is it? Still, I wrote.

I think if I didn’t write, I’d really and truly go crazy.

As best-selling author Meg Chittendon says, “The writing is everything.”

Chocolate. The darker the better. (Do I really need to tell you why??? It’s just sooooo good!)

I play a very mean radio.

Actually, I took piano lessons for eight years but my love was dance. Years upon years of dance and I love it to this day (ask anyone who has attended the Blue Ridge Mountain Christian Writers Conference!).

I wanted to learn to play the drums but my mother said no. I did, in time, learn hand-held percussions, played them in a praise and worship band, but “put them down” when I got sick.

Seriously, I listen to the music of Loreena McKinnett and artists such as Philip Wesley, Celtic Woman, Sarah Brightman, and Libera as I’m writing. I’m also a huge fan of the standard artists: Frank Sinatra, Dean Martin…and I just adore the voice of Pat Boone from back in the day! I had a fit the other night on American Idol when Tony Bennett performed. I’m sitting there with my husband, saying, “Ohmygoodness!”

But in the car, I listen to country and when I want to feel God’s Spirit and my mother’s saintly pleasure, I listen to the Gaithers (her life-song was Then I Shall Live…I’d like that it is my life-song too), Chris Tomlin, etc.

I’m a dog lover. Please tell us about your pets and/or a favorite pet from the past.

In December of last year, we lost two of our beloved pets, Angel and Oreo. Angel was a miniature beagle; we still have her birth-sister Hope, both of whom we were given. Oreo was a black and white cat who was thrown out in our yard back in about 1995. From that day forward, he let us live here.

So, we have Hope and we also have Poodar, the most adorable solid black miniature dachshund we found wandering the street in front of our house one night about 10:30. She had bloody ears and a bloody tail and was just so scared! We brought her in, our daughter bathed her, we fed her, and she snuggled in and slept for a good long time. We advertised but no one claimed her. We now feel someone threw her out too. I don’t understand why anyone would do that. She is the sweetest thing!

We had a dog for nearly seventeen years. Her name was Aimee. She was a pound puppy, part dachshund and part Welsh corgi. When she died we mourned for so long! We’d had her nearly as long as some people have their kids at home!

Thank you, Eva Marie! It’s great to have you at DivineDetour!

For more information about Eva Marie and her books, visit http://www.evamarieeversonssouthernvoice.blogspot.com/.

To purchase Chasing Sunsets logon to: