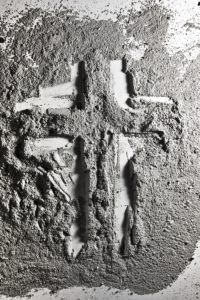 The Spirit of the Sovereign Lord is on me, because the Lord has anointed me to preach good news to the poor. He has sent me to bind up the broken-hearted, to proclaim freedom for the captives, and release from darkness for the prisoners, to proclaim the year of the Lord’s favor … to comfort all who mourn and provide for those who grieve in Zion — to bestow on them a crown of beauty instead of ashes, the oil of gladness instead of mourning, and a garment of praise instead of a spirit of despair. ~ Isaiah 61:1-3 NIV

His earthly journey started as a baby in a manger in Bethlehem. It continued as a 12-year old boy sat with the teachers in the Temple during Passover. His Baptism by John followed later. As did the temptation of the devil. And then His stop in the synagogue in His hometown of Nazareth.

Jesus chose to read parts of Isaiah 61 to the crowd gathered there and proclaimed the fulfillment of the Scripture that very day. Instead of praising God, the crowd drove Him out of the synagogue. For three years, He traveled through Judah and neighboring areas — teaching, preaching, feeding, healing, raising to life — until the time came when He fully set His face toward Jerusalem.

This would be the last leg of His earthly journey. A journey He walked for us. He knew what lay ahead. Suffering. Mockery. Beatings. A crown of thorns and a robe of purple. And nails. Spikes driven through his hands and feet to secure Him to a cross that He had no intention of getting down from. For if He came down from the cross, He would lose us. And we would lose Him. His journey would not end until He died that we might live, forgiven and free.

This Lenten season, may we remember with somberness Christ’s journey to the cross as we also prepare to celebrate His victory on Easter. An empty tomb. A risen Savior! A glorious morn! Amen.