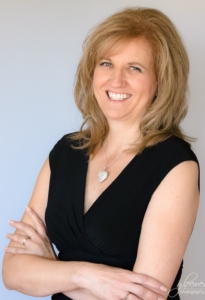 Terrie and her husband, Jon, reside on the Canadian prairies and are the parents of three and the grandparents of four.

Have you ever experienced a real life “plot twist” that made your life better?

Several, but for our purposes today I’ll tell about the day I received the call from my agent telling me she’d found a publisher for The Silver Suitcase, my first novel. I had pretty much given up, after six years of rejections. It was the day after my 56th birthday and I thought perhaps God was telling me to forget the dream of being a novelist and stick to column-writing for my hometown newspaper. That phone call was a sweet reminder that God does things in His timing, which is always best. And when He decides to open a dam, He sure does a good job! One year later, I was launching my second novel (Maggie’s War) and had signed a contract for my third (Bleak Landing, releasing in August).

Meanwhile, my beloved column was cancelled! I was heartbroken at first, but when the third novel contract came along, I knew I never could have kept it all up. Quitting the column was a choice I’d never have made on my own. I’d have stubbornly kept trying to do it all, and it all would have suffered.

In 1942, telegrams always bring life-altering and tragic news in a war-hardened world — and the one Maggie Marshall receives is no different. But running a restaurant with the help of only pregnant teenagers has taught her to be tough.

Charlotte Penfield thinks Maggie is the most unfeeling woman on earth. Seventeen, exiled by her wealthy parents, and working in the restaurant, fanciful Charlotte runs away with romantic notions of a reunion with her baby’s father at his military camp.

When Maggie recruits the help of her old friend, Reuben Fennel, they embark on a cross-country search that rekindles their affection. Maggie stubbornly clings to her independent ways until she’s dealt another devastating loss, one that forces her to recognize that war heroes can be discovered in unlikely places and love may be far sweeter than she ever dared imagine.

What two or three elements most define who you are as a storyteller?

Editors and contest judges have told me my strength is in the dialogue I write, and friends who know me say they hear my voice when Maggie speaks. I attribute this to many years of writing stage scripts for my church drama team — some of which were also published. Writing dialogue that sounds real is crucial to a good script, and certainly makes your characters relatable in a novel.

And I don’t know if this counts as a “tool,” but my being Canadian and placing my stories here in Canada give my books a unique slant among American readers. I’m proud to be sharing bits of Canadian history that many people never knew.

Is there a Bible story, parable, or passage that has been particularly important to you and/or describes your personal journey of faith?

On the wall of my home office hangs a gorgeous photo of some blossoms just opening up, taken by my friend Gayle. On it are the words from Psalm 128:8, “The Lord will accomplish what concerns me.”

This verse is a daily reminder to trust God’s timing and outcomes in all the ups and downs and twists and turns of this writing life.

It probably sounds cliché, but I have to say chocolate. Especially if I can get my hands on some dark chocolate with sea salt.

I like to think I’m the strong female lead with my community theater group; the girl next door at my day job as an administrative assistant at city hall; the mysterious woman behind dark glasses to my husband; the super heroine to my children and grandchildren; and the little girl trying to walk in high heels when I’m doing a book launch or signing. At home, I’m the little old granny fondly attached to her routines, her blanket, and her tea.

We don’t currently have any pets, but I’m a cat person and would love to have a Russian Blue someday.

Thank you, Terrie! It’s nice to have you as a guest at Divine Detour.