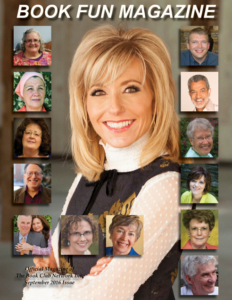 A few fun questions for you…

John 16:33 (King James) – These things I have spoken unto you, that in me ye might have peace. In the world ye shall have tribulation: but be of good cheer; I have overcome the world.

I have a Bible collection and many translations. The key word for me in the verse is different in so many versions. I was raised on the KJV which is “Be of good cheer” but other translations are “but take heart,” “but take courage,” “be courageous,” “but have confidence,” “cheer up.”

I will speak more about this in answer to another question below, but this verse is what I stand on every day. I need His help to cheer up, take heart, and be courageous and confident. On my own, I am unable. As a family, we have had troubles/tribulations that drive us to His feet, at the cross.

What’s the title of the last GREAT book you read?

I read both fiction and nonfiction. For the fiction category it would have to be The Reason by William Sirls who wrote this book while in prison. He found that Christ was pursuing him and turned around to find Him. William self-published this and sold 70,000 copies. He has a few others out now too and they have made this one into a movie. William and I have become friends, and he will actually be on our cover in December 2016.

In the nonfiction category is a book, not yet released (I get to read a lot of books before they are published) by President Bush impersonator John Morgan. John was a reluctant impersonator of the President but this has turned into an incredible ministry that God uses to reach so many. I believe his book The Way on Fear will have a profound impact in and out of the church.

John and I have also become friends and we do all we can to help his ministry.

God sometimes sends us down an unexpected path, one that blesses us more than our original plan. Have you ever experienced such a Divine Detour?

I have had several such divine detours. Nora and I have been married for thirty years now and it feels like thirty days. She is truly my best friend, and love of my life. We have four children. Christopher is in Northern California and I don’t get to speak with him nearly enough. I am very proud of him. Luke is my second son, and he is in the Navy and can’t tell us what he does. We do not get to speak with him nearly enough either. Hilary, my daughter, does all of our graphics for the magazine and the digital work on our videos. She has two children, Brayden and Madelynn, and they light up my life. Her husband, Austin, is like another son. 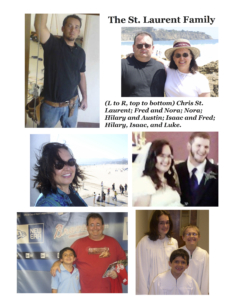 My youngest son was born with VACTERL and Isaac has had forty surgeries in his short eighteen years on Planet Earth. The detour God took us on here has been a major blessing.

Isaac is beginning to work with us on our Book Fun TV venture and he is one of the most talented editors I know. He is creative and courageous. We have faced medical bills and time away from work and life to get what Isaac has needed and it has pushed us together as a family in ways that are difficult to explain.

That is really all I can say about this, other than to say that Isaac is my hero, for the courage I see in him, the way he cheers us all up, the way he took heart when every bully from preschool through high school has made him a target of their insecurities, the confidence he maintains in who he is in Christ, silently, in the storms that I have seen him sail through. I hope to be half the man that Isaac has become. I thought I was a man, until I witnessed his life and I can only aspire to be like him.

Thank you, Fred! It’s an honor to have you as a guest at Divine Detour.