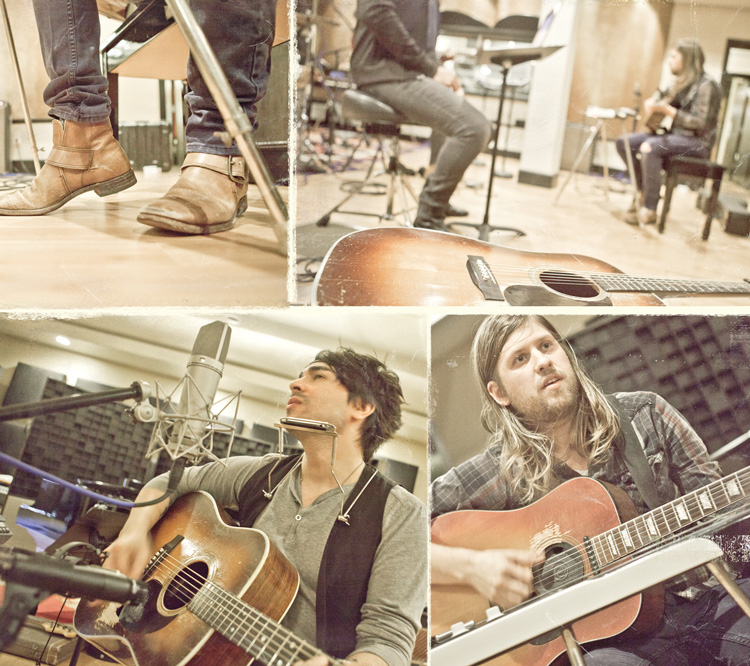 Although Gabe Martinez and Brandon Bee grew up in different parts of the country—Gabe in Texas and Brandon in Washington state—they both developed a passion for blues/roots music. Gabe became frontman for critically acclaimed Christian rock group, Circleslide. Brandon, initially chose the path of a solo artist, racking up more than eighty production credits.

After the two met at a music retreat in Seattle, they struck up a friendship and, while writing songs together, discovered a common interest in American Blues music. That was the genesis for StompTown Revival—their debut EP recently reached Number Three on the iTunes chart.

Gabe Martinez graciously agreed to an interview with DivineDetour.

Meeting Brandon could, perhaps, be described as a “divine detour.” How did your musical paths change at that point?

Brandon and I met up at a time when we were both feeling a desire to break free from the confinements of writing ‘pop’ songs. The fact that we each carry a deep appreciation for ‘roots’ music . . . blues, Americana . . . allowed us to let our hair down, so to speak, and just be ourselves and explore this other side of our musical personalities. It turned out to be a lot of fun!

StompTown Revival has a unique sound that has been called “Christian Americana.” Who, or what experiences in your life, do you credit as your most important musical influences?

Our parents were instrumental in exposing us to great music early on . . . Bob Dylan, Johnny Cash, Hank Williams Sr., the Beatles. When I was around fourteen my dad took me to see blues great John Hammond Jr. wail and moan with a guitar and harmonica at a small south Texas venue. It had a profound impact on me.

What is the significance of the name StompTown Revival?

I think the idea that there might be this old abandoned place somewhere, past its prime, and at some point in history it used to be insanely fun. And that this old place is getting ‘resurrected’ in some way, that there is redemption, is an idea that appeals to us. 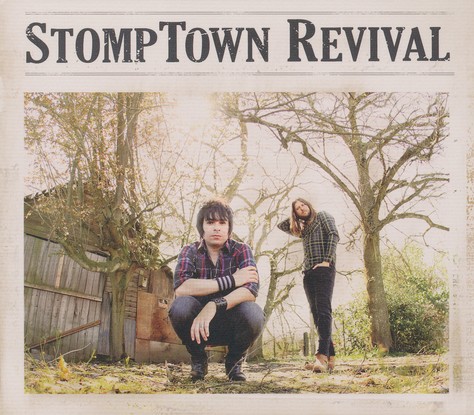 Your new, self-titled EP (Save the City Records, October 2012) has received a lot of attention out of the box. You wrote or arranged all of the songs. Was there one song that became the building block for the project? What’s your personal favorite song on the EP?

The first two songs we wrote as StompTown Revival were Born Again and Anthem Of Love. It was as if floodgates were opened and everything else came after those songs. They were definitely the blueprint for how to proceed, and I think for that reason I still love hearing those songs. There’s a real honesty to Born Again, which is a cry for God to restore us and heal wounds, but not in some artificial way. It’s a definite prayer to be made ‘new’ again. It was a very real and true moment that we were having at the time and that always makes for an interesting song.

Last fall, you toured in Thailand. What was that like? Is there one special highlight from the trip you can share with us?

We loved the people we got to meet and we made some great friends. It was a shock to the system to see people dancing during our shows . . . like really getting down and moving. We didn’t know what to expect but the overwhelming positive response came as a surprise. Even with a language barrier, just seeing hearts moved to worship and come to a relationship with Jesus during our time there was the most memorable thing.

Whether you’re on tour or at home, what is your favorite comfort food and why?

A good bowl of Vietnamese Pho, whether at home, on tour, lunch, dinner, it doesn’t matter. It’s hot, spicy, and good for the throat and heart. And when it’s done right it’s divine.

What is the name of the last GREAT book you read?

The Great Gatsby on the plane ride to Thailand.

As a personality, are you a major or a minor chord?

Probably a minor chord . . . with a major seventh.

The dark mad scientist who defeats the mythical warrior and becomes the romantic lead at the end, thus making peace with the child in the adult’s body.

Favorite pet, hands down, was when I was six or seven years old and we had a white German Shepherd named Lady. Intimidating, although a softy, but no one messed with me in my old neighborhood when I was with her.

Thanks, Gabe. It’s a pleasure to have you as a guest at DivineDetour.

To purchase the Stomptown Revival EP, logon to: