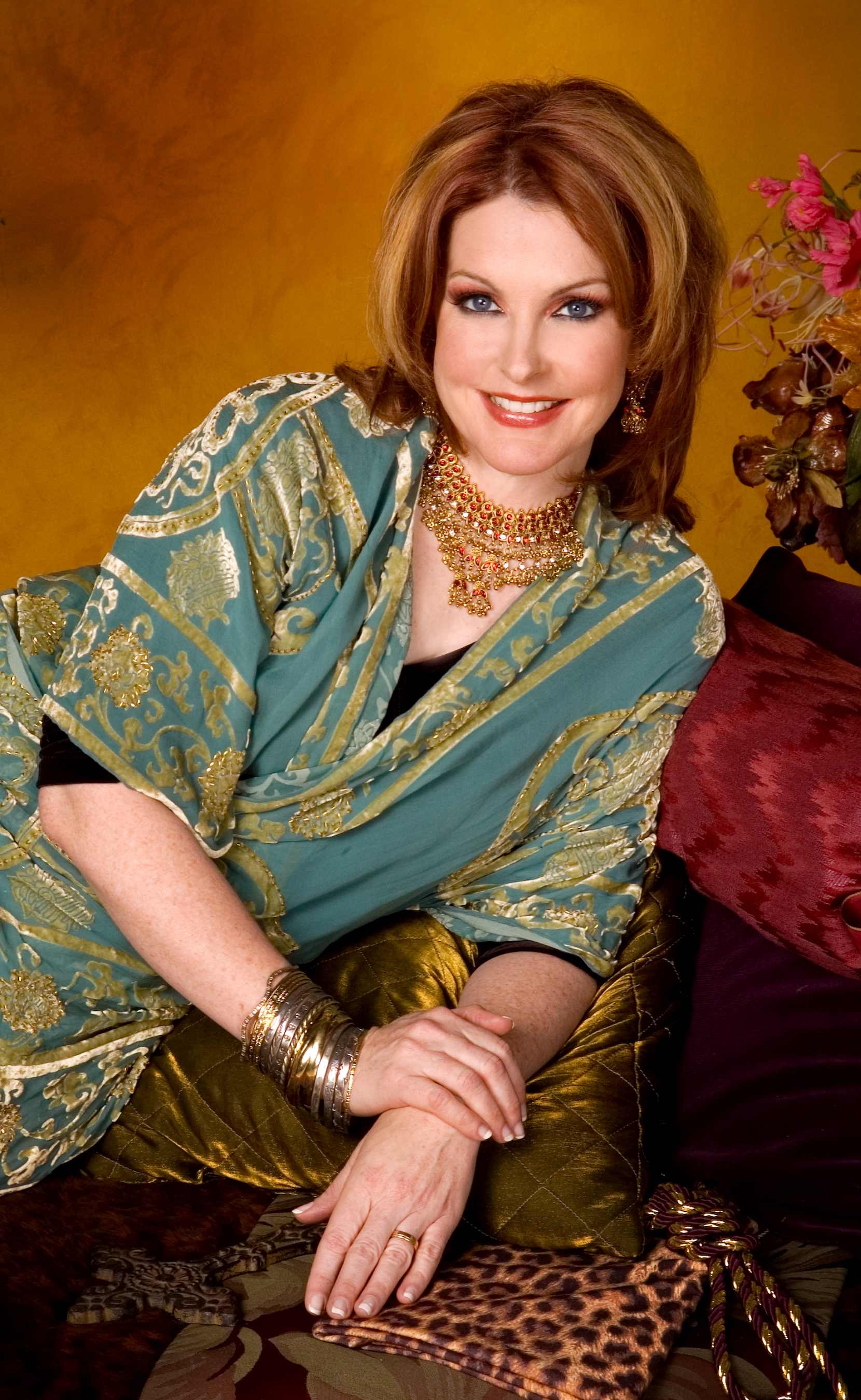 Ginger Garrett writes novels and nonfiction books that explore the lives of historical women. Critically acclaimed as the author of Chosen: The Lost Diaries of Queen Esther, she was nominated for the Georgia Author of the Year Award in 2007.

She is a graduate of Southern Methodist University with a degree in Theater. After a devastating car accident, Ginger was set on a journey through infertility and miscarriages. She turned to writing, and within a year she landed an agent and a publishing contract.

She now resides in Georgia with her husband and three children.

You experienced an unexpected detour that led to writing your first book. Had you aspired to writing prior to that time?

Not really, although I was a newspaper columnist at age twelve. I tried several times to start a novel but never could get past the first few pages. I just decided it was not a profession I was suited for.

Let’s talk about Reign: The Chronicles of Queen Jezebel (David C. Cook, May 2013). Please tell us about it.

I wanted to take a fresh look at some of the Bible’s more infamous women, including Delilah and Jezebel. (I’d already written about Jezebel’s daughter, Queen Athaliah, in Dark Hour.) For Jezebel, I wanted to understand why she was the most despised woman in the Bible. After all, Solomon had plenty of wives who worshipped pagan gods like Jezebel did. That was not a unique crime. So what was it?

Why did you decide to write about Queen Jezebel?

At first, I tried to get out of it! I wanted to avoid her. But a friend asked me to do it, and then one morning I was reading the paper and spied an interesting article. Archeologists had gotten thrown out of a country after discovering a “tophet,” a mass gravesite. In it were the remains of tens of thousands of infant skeletons. The site had ties to Jezebel, and the country did not want to be associated with what had happened. It seems that Jezebel’s crime was much more than worshipping pagan gods—she was sacrificing children to them. 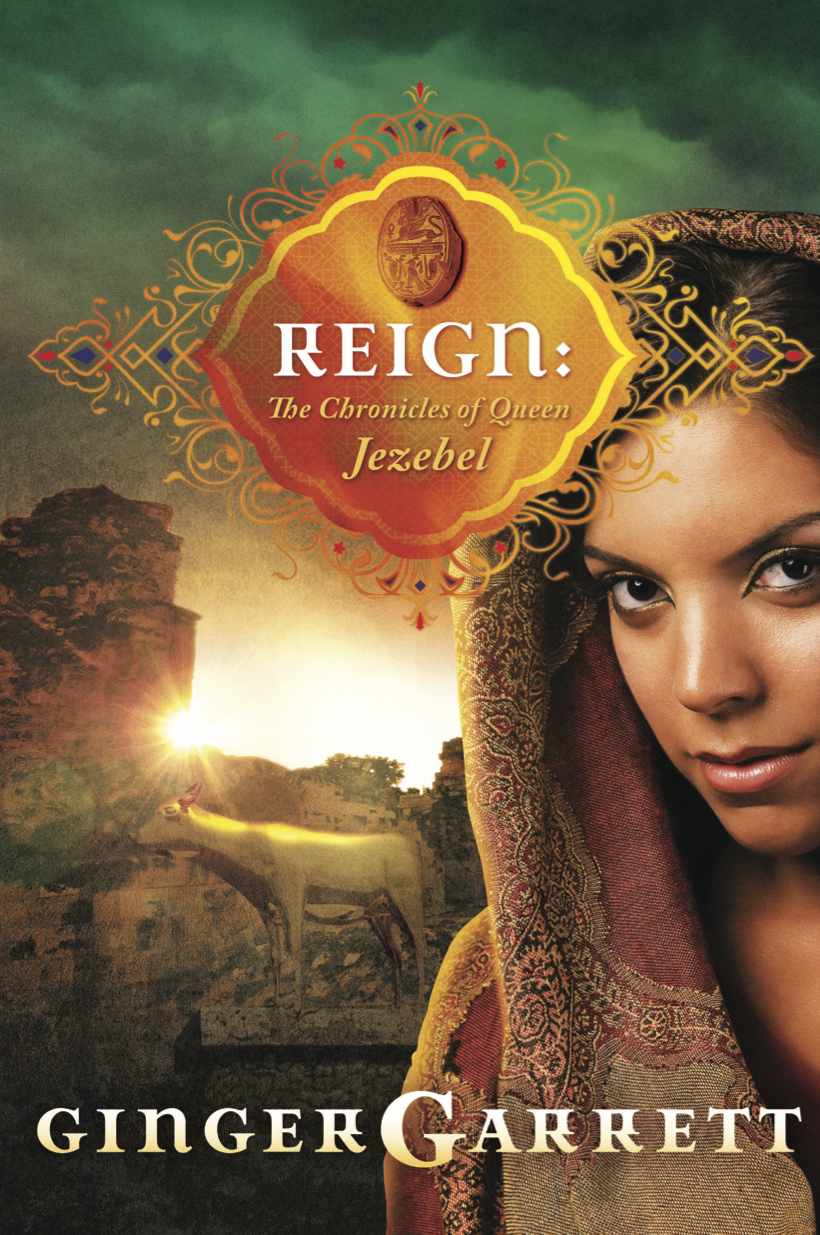 Perseverance. I had to throw out the book three times, and start fresh again. I was doing something so difficult: making an evil woman the lead character, but in a way that readers would feel compassion without admiration. I didn’t want to make her a heroine, but instead, give us all reason to pause and consider how we at times refuse to be saved, too.

One of your non-fiction books, Beauty Secrets of the Bible, is fascinating. What was the inspiration for it?

After researching Queen Esther’s year in the harem receiving beauty treatments, I realized that ancient women not only used natural products with great results, they had a more spiritual view of beauty. My agent at the time, Lee Hough, encouraged me to turn the research into a book.

Chocolate, a Starbucks latte, rinse and repeat! If I am in serious need of comfort, it’s chocolate chip cookies. My mom used to bake them for me, and I loved both her and her cookies. : ) Today, I make them gluten free, though.

My husband once said that when I sing, I sound like a cross between Carol Channing and David Bowie. But my aspiration is to learn to play banjo. I love banjo music, the blues, and anything with a cello. Or a great hair band from the 80’s.

Something with banjo, of course, or anything that seems to require sitting on the front porch with a basset hound.

I wanted to be the mysterious woman but I am too plain spoken. I’ve always been the strong female lead because I had to be. My prince didn’t show up until I was twenty-seven. By then, I didn’t need saving. But I sure like having him around anyway!

Dogs!! Is there any sweeter creation? I have two rescues. I call them the great loves of my life. They include a Great Pyrenees named Duke, who was rescued from the streets by a kind elderly woman, and a Great Pyrenees mix named Snowie. They came into my life after my beloved Bearded Collie, Grendel, passed away before his seventeenth birthday.

Thank you, Ginger! It’s a pleasure to have you as a guest at DivineDetour.

Thank you! How fun to discover another dog lover and book fiend! : )

To purchase Reign: The Chronicles of Queen Jezebel, logon to: