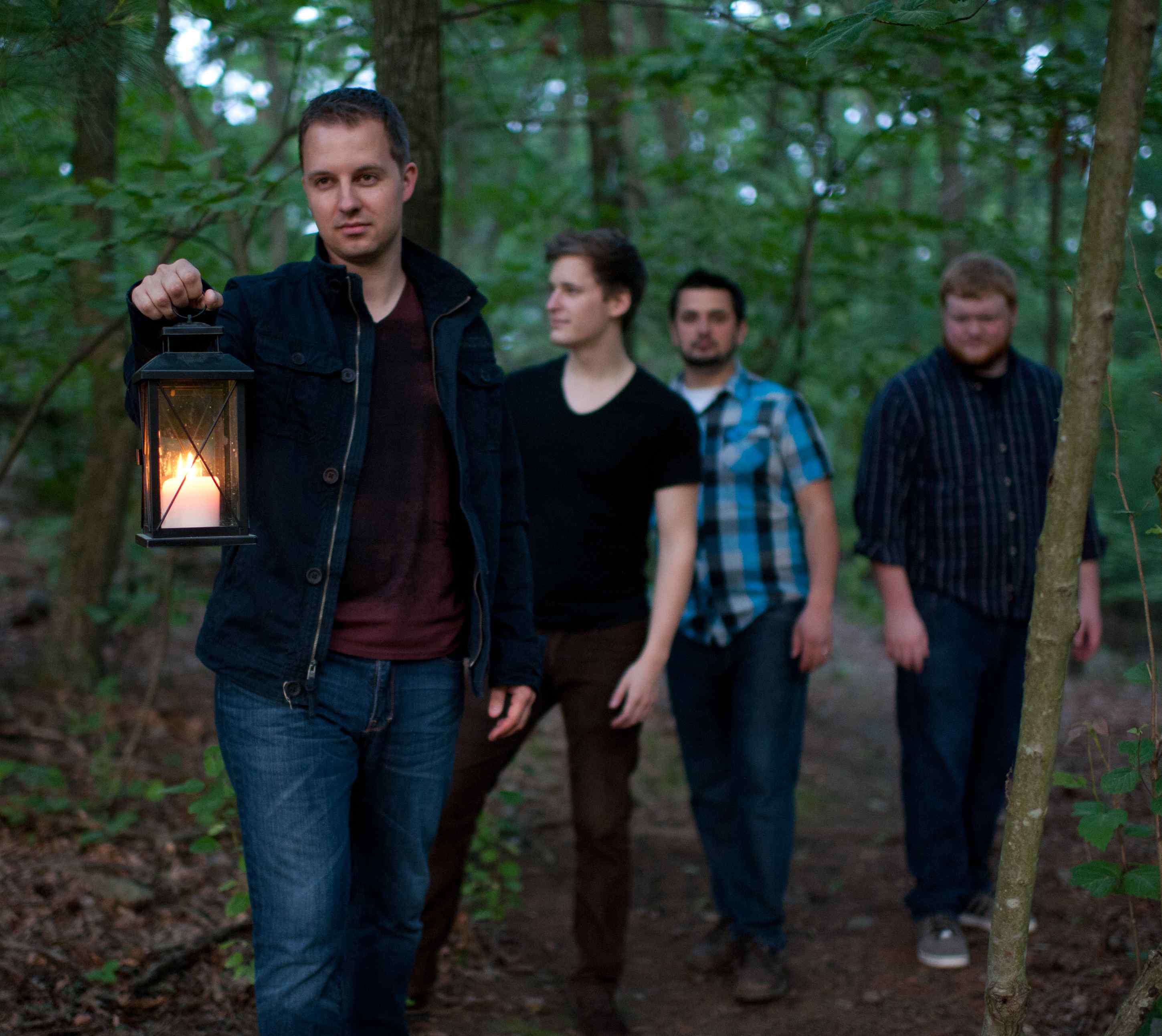 Ask the members of the Andy Needham Band (ANB), and they’ll tell you that the Christian music scene in Boston is on the rise. They know, because they are on the forefront of the movement.

While the idea of a mega-church may be foreign to most New Englanders, and it may not be common to see Boston area arenas filled to capacity for Christian bands, the ANB, which evolved from a church camp praise and worship ensemble to a full-time touring group, is now witnessing firsthand a grassroots revival in the Northeast. Their new CD, Lifted High, was produced by Grammy Award winning Mitch Dane, whose credits include Jars of Clay, Bebo Norman, and Brandon Heath.

Andy Needham recently agreed to an exclusive interview with DivineDetour.

At what point in life did you realize music was God’s calling for you?

From the first time I picked up a guitar at the age of fifteen, the idea of music and especially the practice of writing songs was a devotional experience. The notebooks I filled with song ideas were in reality my faith journal. Not long after I learned to play two chords my youth pastor caught wind of my new hobby and invited me to join the student worship team. While my abilities took some time to catch up, leading worship was a clear calling.

In my early twenties I worked on staff at a Christian camp in Southern NH, Monadnock Bible Conference. My job was to design and execute youth programs. I embraced the platform of leading worship at the camp for winter retreats and summer camp weeks. Other young adults with a heart for worship and musical gifting joined the team. Two of those young people were Joel Rousseau and Jonathan Mason who are the lead guitarist and bass player for the Andy Needham Band today.

Has God ever sent you on an unexpected “detour” that turned out to be positive?

In 2008 I stepped out of an influential regional ministry role at the camp to serve as the Student Ministries Director at a church thirty miles west of Boston. Leaving camp meant losing a platform for leading hundreds of churches in worship. The camp also retained the sound equipment we had built up over the years and even the name of the band. It was a season of surrender and refining for the musical part of my life.

We reformed the band. The guys asked that we simply call it the Andy Needham Band to maintain a sense of consistency with what we had been before. That said, our first year yielded only two gigs. It was slow at first to say the least.

The next year we played two-three times a month, still all serving in different ministries and jobs. The band was a great hobby. A good gig might provide enough money to go out to eat afterwards. In 2011 we jumped to over fifty dates. We had to say no to dozens of excellent opportunities. God was moving in and through us and we were seeing amazing ministry take place.

This all led to a jumping point in 2012. With great faith and the support of our families God called us to work full time on the band ministry. Our drummer stepped out at this time because he was newly married and unable to commit to the intense travel we would be embarking on. Within days we met and began a dialogue with our current drummer, Andrew Picha, who has become an integral part of the band. We served over 160 days in 2012. Today we have a rapidly growing platform and are now travelling well beyond the New England states we call home. 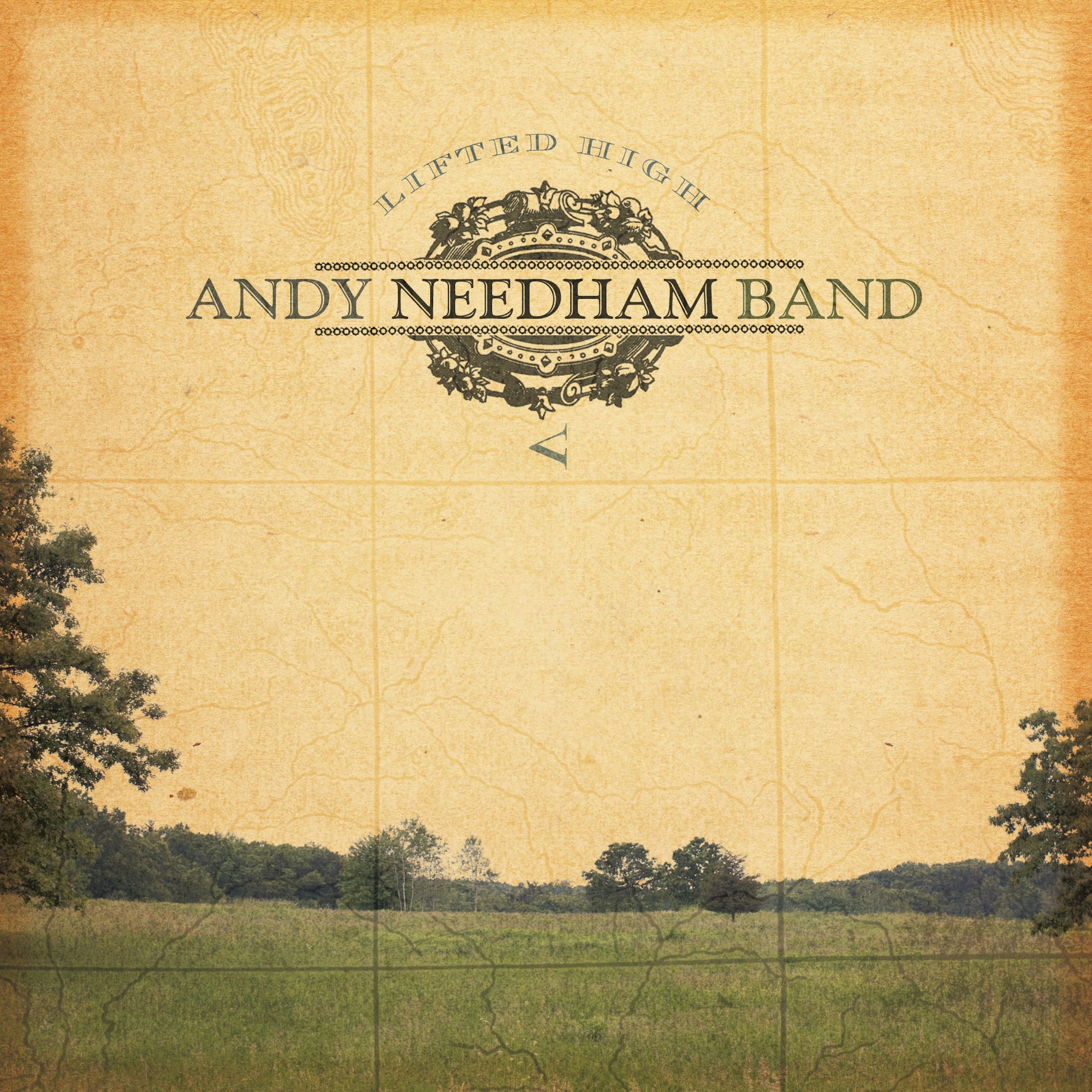 You recorded your debut CD, Lifted High, in Nashville. How did that come about?

In 2011 as we prepared to transition from a part-time to a full-time touring act we realized we needed the best recording possible. Jonathan and I drove through the night to Nashville in November of 2011 and met with every producer that would return our persistent emails or calls. We connected with everyone from seasoned pros to upstart new comers who were building their portfolio.

Jonathan is a big fan of the music of Jars of Clay so he cold emailed one of their producers and surprisingly Mitch Dane offered to meet. We figured it was a courtesy and would be beyond our budget, but we really hit it off with Mitch and worked out a plan that would allow us to hire him to produce our project.

We recorded six songs in January of 2012 and four more in April to complete the project. Lifted High was released in September consisting of re-imagined songs we had tested on the road and some brand new writing. The response from our fans and respected national critics like Worship Leader Magazine, CCM, and New Release Tuesday has been overwhelmingly positive.

You write much of your material. Did you have a foundation song or central theme in mind when you set out to record the project?

Like most writers I am often asked what comes first, the lyric or the melody. My answer is that what comes first is the idea. A strong song, especially a worship song, needs to anchor in a clear thesis. The big idea of the song forces the writing to seek clarity and creativity.

Each of the songs on the project reflect stand alone big ideas, but they are all centered around corporate worship, which is our passion. The key line of the title track, Lifted High, sums up the project and our purpose as a band: “May the matchless Name of Jesus be the anthem of our lives.”

Please tell us about the Simply Worship Conference.

We never set out to start a conference. A small church in Massachusetts asked us to come and help train and encourage their team. We decided to open the one-day event to other churches. When the day came, 125 worship leaders from dozens of churches attended. The response was overwhelming and the need was crystal clear. The Simply Worship Conference was birthed, an affordable, biblical, practical event designed for volunteers who help lead worship or run AV at their churches. 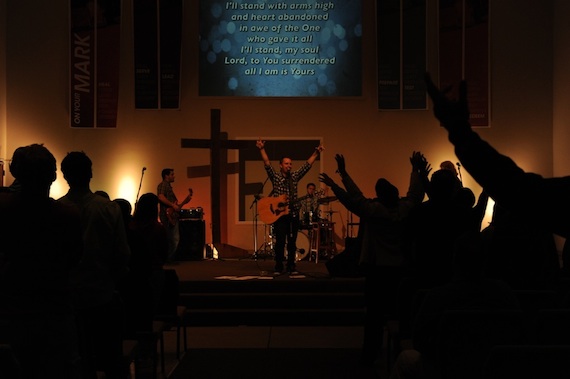 We refined the event through a couple other offerings in 2012, serving over 300 worship leaders. We are honored to be a resource to encourage and equip the local church!

This year we will have one event on November 16 in Hudson, MA. Details will be posted soon at this link.

The Boston area is famous for its local cuisine. What’s your favorite New England-style comfort food and why?

I am not sure it would be a comfort food but I love New England seafood. Lobster and scallops have to top my list.

This website features literary guests as well as musicians. What’s the name of the last GREAT book you read?

Love Does by Bob Goff is one the most enjoyable and yet deeply insightful books I have read in a number of years.

Life is seasons. Each season of my life has had a unique theme and scripture. This journey as a musician has been really about Genesis 12:1 where God calls Abraham to an unknown land. God doesn’t reveal the end point but promises that He will lead and He will be with Abraham.

I would not describe myself as an animal lover but having two kids has brought on life with pets. We currently have three Bearded Dragons. They just might be the perfect pet for someone like me.

Thank you, Andy! It’s a pleasure to have you as a guest at DivineDetour. May God continue to bless your music.

For more information about the Andy Needham Band, visit their website.

To purchase the Lifted High CD, logon to: