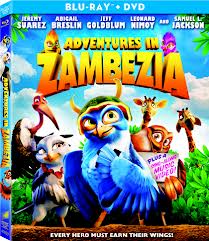 When Greg Becker and his wife packed up their home in California to move to South Africa eight years ago, they had no idea what God had in store for them. They were eventually led to help produce an animated kid’s story about Africa—written, directed and produced by Africans.

Adventures of Zambezia also features voice overs by an all-star Hollywood cast that includes Jeff Goldblum, Leonard Nimoy, and Samuel L. Jackson, along with Abigale Breslin and Jeremy Suarez. In this story, Kai, a young falcon sets out on a journey and finds the detour of a lifetime. The story’s uplifting, faith-influenced message is appropriate for children of all ages.

Greg and his family currently reside in California.

When did your family first travel to South Africa, and why were you there?

We first moved to South Africa in 2005. We had met several South Africans in the Bay Area where we live and found them delightful and filled with faith. In 2004, I had travelled to Cape Town on a scouting trip by myself. While there, I sensed the Holy Spirit speak to me and encourage me to bring my family. During that time of worship, it seemed He was also telling me that He would give us a place of rest and lead us step by step. We were to trust Him completely and wait upon Him for specific directions.

God often sends us on unexpected detours that turn out to be positive. Please tell us about a recent “Divine Detour” in your life.

Probably the biggest detour for us in our entire South African story was the one that brought us back to America after several years there. We absolutely loved our time in South Africa and really wished we could have stayed. Our older kids were getting close to high school age and in hindsight it seems God had a plan for them to be raised here. It’s still puzzling a bit to us at times and the re-entry phase into American life was more challenging than we realized. We have returned twice to South Africa and hope to go again soon.

Let’s talk about the Adventures of Zambezia. How (and why) did you become involved in the project?

One early morning at a large men’s prayer breakfast, a couple of animators presented a short that they had done. I was thoroughly impressed with the quality of their work. It never in my wildest dreams occurred to me then that it could be an investment opportunity.

The producers eventually approached me about funding a direct-to-DVD movie. Although I was seeking God about how to invest some of the funds He had given us when we left for South Africa, an animation project was something we had not considered. I told them “no” at least two times. They persisted and eventually I agreed to a meeting. From there, I agreed to be the development funder of their smaller project, but once we embarked upon that work and I saw the potential, we decided to make a pilot and develop a script for a full feature movie instead. I wanted to provide them with the beginning platform that would help them see their greatest dreams realized. After that, we became part of the executive group that sought funding for the feature film and built a dynamic international team that played a part in completing the movie.

What age group will most enjoy the film? What takeaway do you hope they will come away with?

Our target audience was five to twelve, and I think that audience, along with their parents, will especially love Adventures in Zambezia. It’s a great family film with wholesome messages of love, teamwork, acceptance, forgiveness, and overcoming evil. The setting for the action is Victoria Falls on the boarder of Zambia and Zimbabwe in Southern Africa, and the scenery is not only delightful but also educational for children from around the world learning about the beauty and wonders of that place. The birds in the movie are all indigenous to that area.

Our first scripts for the movie were based upon the story of the Prodigal Son from Luke Chapter 15 in the Bible. That is the story we set out to tell. As we moved along in script development though, we found it difficult to portray the perfect Heavenly Father. We morphed the story several times and perhaps ironically lost the Prodigal Son story. However, a real nice reconciliation scene between the father and son remains.

We just want the audience to enjoy themselves as they watch a new style of animation from a relatively previously unknown part of the animation world. It is kind of cool to have a kids’ story about Africa actually written, directed and produced by Africans. 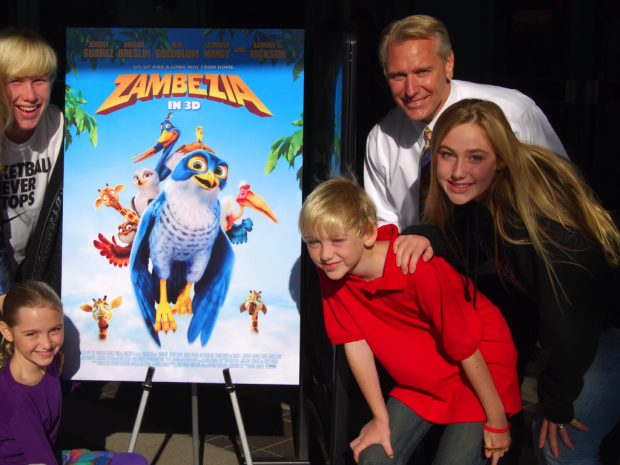 What did you learn (about life, faith, and/or yourself) in the process of making this film?

We are still learning. We had to trust God from the very first day, believing that we heard His voice and were following His Spirit in making the investment. The journey has now been going on for over seven years, and we are still waiting to see what sort of outcomes He may provide for fruit.

What’s next for you as a producer?

I am not certain. People in the movie industry and folks who recognize what we have done in South Africa desire to converse with us about all that we have been through. So, opportunities for next steps seem to be bubbling up. I think we will have to wait to see.

What was your favorite South African food, and what American food did you miss most while living overseas?

We loved the Afrikaans version of Shepherd’s Pie called “babooti.”  They also made an egg tart pie for dessert that resulted in some troubling weight gain.

By far, we missed Mexican food the most while in Africa. Not many there ate burritos and tacos, and we found it difficult to find a Mexican restaurant. Each time we landed on American soil to visit home, we immediately rushed out to Chipotles.

The last great book I read was The Hobbit by J.R.R. Tolkien. I enjoy reading to my kids before bedtime. We just finished the adventures of Bilbo Baggins recently.

I think I would change songs a lot. Today, as my older three kids finished up their school year and the sun was shining bright in our corner of the world, we played every “California” song we could think of.

On the subject of music, Zambezia was nominated for Best Music at the Annie Awards, the animation industry recognition. There is one song called Get Up sung by Zolani from South Africa that is especially delightful.

Which character in the movie are you most like, and why?

In the old days, I think I was most like Kai, young, crazy, risk taking and idealistic. Now, I think I am probably more like Tendai, older, a bit worn, some broken feathers, yet with a little fight left.

We have two dogs that my daughter absolutely loves. One is a Yorkshire Terrier and the other is a shorthaired Chihuahua. They bark like big dogs but are the size of large mice. The Yorkie was born in South Africa and made the trek back alone. Obviously, she is one tough cookie.

Thanks, Greg! It’s a pleasure to have you as a guest at DivineDetour.

For more information about Adventures of Zambezia and to view the movie trailer, visit the official website.

Adventures of Zambezia is available for purchase at Walmart stores nationwide and/or Walmart online.