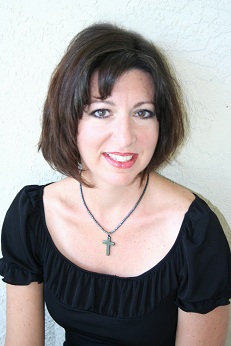 A few weeks ago, Heather Burch made her paranormal young adult fiction debut with Halflings. The book is already in its second printing and has garnered stellar reviews.

An ordained minister and motivational speaker, Heather once wrote teen curriculum, published in both the U.S. and Asia Pacific, and taught at women’s and teen conferences in the U.S. and Mexico. She also spent eight years working as a licensed esthetician.

Born in Branson, Missouri, she now resides in Southern Florida with her husband and two sons.

Your life took a detour from the “spa world” to writing. What was the catalyst for that?

It was my dream and had been since I was seventeen. One morning in 2005, I awoke to a voice telling me it was my year. (My year to finish things I’d started and had to set aside because of being a busy wife, mom, spa professional, and youth leader.) Finishing a novel was the top of the list. I didn’t know how there would be time, but I trusted “the Voice” and the next morning I woke up one hour earlier than normal. That year I wrote and finished my first novel. One hour a day. In 2007, we moved to Florida and adjusted our budget so that I could stay home and write full time. I wrote two books a year. Halflings was the fifth novel I finished. It was the first to sell.

Please tell us about Halflings, which was just released by Zonderkidz.

Nikki Youngblood is being hunted by men and demons and turns to three half-angel young men for protection. When two of them fall for Nikki, it puts more than their lives at risk. Their eternal souls hang in the balance. Halflings is the first book in a series. Guardian, book two, will release in September. I’ve been literally stunned by all the attention book one has received. I was interviewed by USA Today’s Happy Ever After and I just found out Halflings is already in a second printing. (It just released February 1.) So, my life has gotten quite busy. : )  And I’m thrilled because I have a lot more Halfling stories to tell! 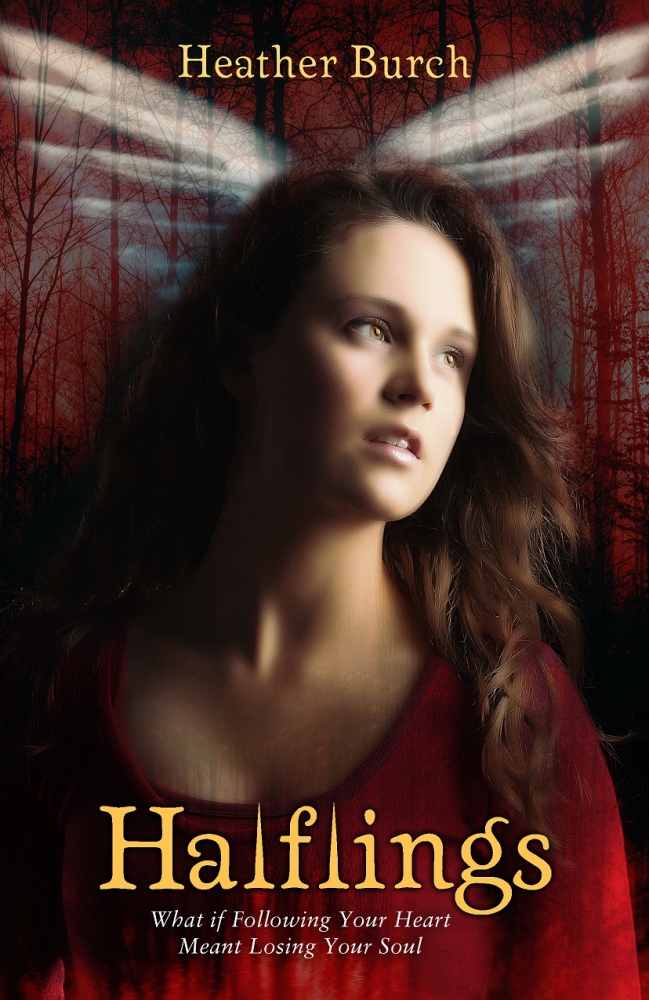 Where did you get the idea for the book, as well as the interesting characters and character names?

Halflings was something I’d thought about in the back of my mind for years. I wanted to tackle it someday. When I started writing, it poured out of me and I had a polished manuscript in four months. (I write about forty hours a week under normal circumstances. With Halflings, I was obsessed.) After it was done, I entered an RWA contest to get some feedback. It finaled and garnered a full request from an editor. When my agent signed me, she had an offer from Zondervan for the three book trilogy in six weeks.

I didn’t really think about the names too much, the Halflings sort of named themselves. I think my subconscious had done a ton of work before I began writing. Their names came with them—along with many of their traits and quirks.

There are a lot of themes explored in Halflings. One is the desire to live more sacrificially. The Halflings novels are about sacrifice. If someone walks away with a new perspective on giving, that’s golden.

Can you give us a peek into book two, Guardian, which will be out in September?

Nikki flees the country with Will and the Halflings and must learn what it is to be a Seer. While tensions mount between Mace and Raven, Nikki’s emerging skills could stop a train disaster and save countless lives. But can she allow faith to fuel her ability or will she wither when the moment of truth arrives?

You’re also a speaker and teach writers to work more ergonomically. Can you tell us a bit about that?

In the spa industry you learn the importance of ergonomics. I’ve created a ten step stretch to help protect wrists, shoulders and necks. It takes two minutes and can be done several times during the writing day. In fact, I suggest people start their computers and do the first set while the PC is waking up. I teach this in a workshop at writer’s conferences. I’ve gotten great feedback from folks who swear by the exercises.

Dark chocolate. It makes me happy. It entices the muse to snuggle closer. And it’s good for me. (If you’ve discovered differently, please don’t tell me. I need to believe it’s good for me!)

Oh, no. None. I wish I did. A lot of my family has musical ability. I’ve tried to learn different instruments. I own a bass but can’t play it. I own a conga drum but … you guessed it. I can’t play that, either. Singing? No. Trust me on this one. I need to stick to writing. : )

Not really sure. Something happy, but haunting.

Hmm. Funny, but I’m probably a little bit of each one. Sometimes strong and sometimes frightened, wondering what in the world I’ve gotten myself into.

No pets right now, but when I was young I had a chow named Bear. My parents got him for me for Easter one year and I discovered him in the basement with Bunny ears on his head. I can still picture that red puff-ball of a puppy with those pink and white ears. He was a great dog.

Thanks, Heather! It’s nice to have you as a guest at DivineDetour.

Thanks so much for inviting me to stop by!

For more information about Heather, visit her website at http://www.heatherburchbooks.com.

To purchase Halflings logon to: