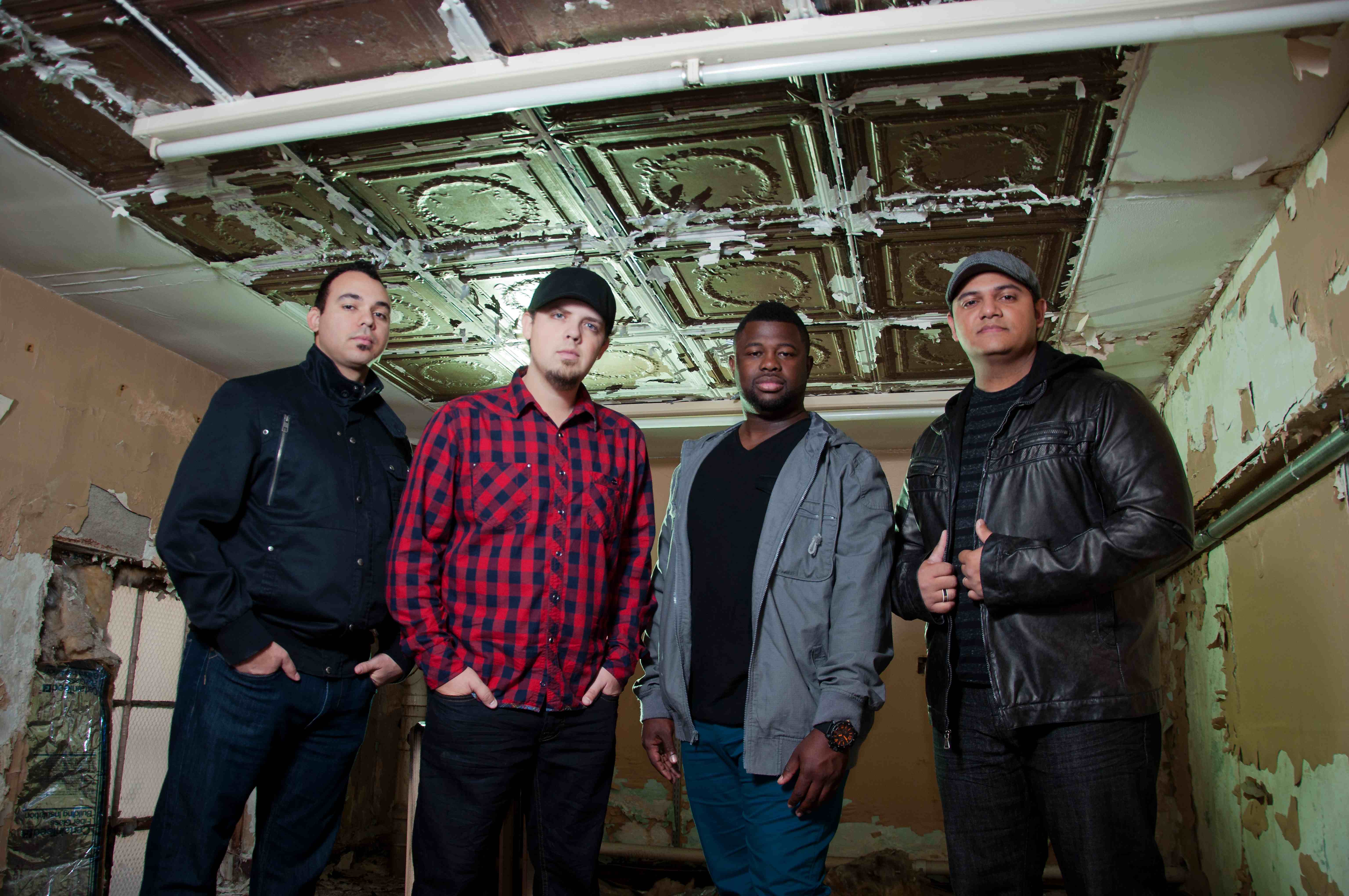 Jason Lovins and a few college buddies began playing music for fun. Today, the group is one of the most active and successful independent touring bands in the field of worship music. Jason, along with Jose Mendoza, Rodney Mora, and Chasen Little, has shared the stage with some of the biggest names in the business—including Michael W. Smith, MercyMe, Kari Jobe, and Big Daddy Weave. The band has also performed at Billy Graham events, and wrote the song Journey for a BGEA television special.

Jason recently agreed to an interview with DivineDetour. His personal story—and his music—speaks to the blessings of Deuteronomy 28.2.

When did you know you wanted to make music your life’s work?

When I was a kid, but I would have told you I was going to be the next big country music star! My idol at that time was Garth Brooks. However, I’ve always wanted to do music as long as I can remember, but God shaped that desire to look very different as I got older.

Who were some of your early musical influences, and/or who has been a mentor, either musically or spiritually, to you in recent years?

I was very musically influenced by my grandma’s Gospel group as a child. They sang so much that I remember being in church and what it felt like every night of the week. I started to love Gospel music and that included the Crabb Family, the McKameys, and all of those groups. At the same time, I was also exposed to lots of other styles of music that I loved as well, that included the Eagles, Garth Brooks, Bon Jovi, and even New Kids on the Block! I wish I was joking but I’ll own it.

When I was in high school, I was exposed to Christian Contemporary music and that really changed my life. It just spoke to my soul, and the Lord really used groups like Third Day, Big Tent Revival, and Michael W. Smith, who is from my same hometown. I thought that was the coolest thing ever and he was such a huge inspiration to me. 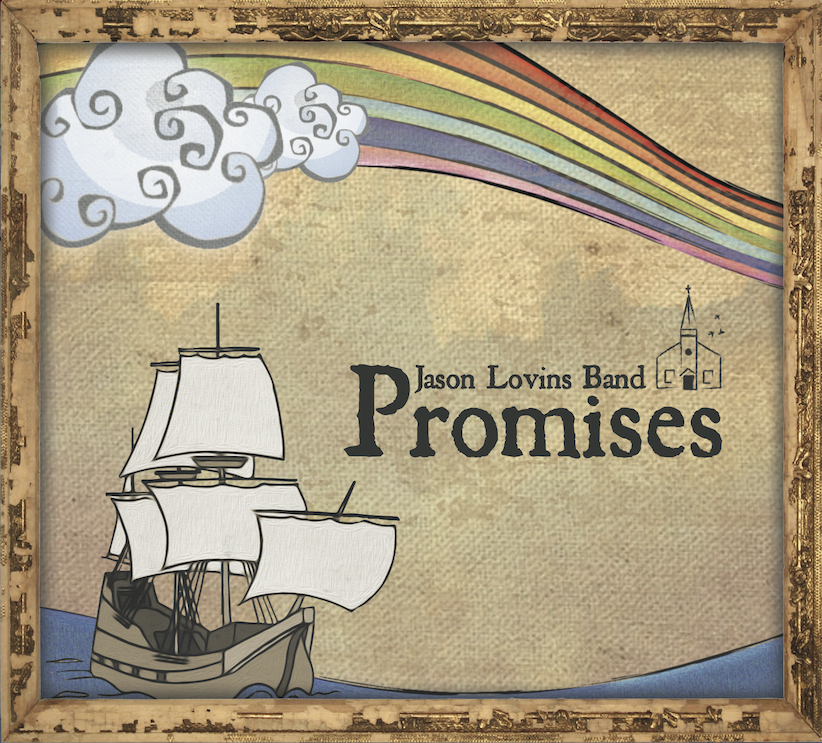 Let’s talk about your new CD, Promises. This is your fourth project. Was there a central theme or foundation song when you began recording the project? How many of the songs did you write or co-write?

Honestly, those songs come from everywhere. The band’s heart was to set out and record an album full of songs we thought the church would hopefully connect with, and I feel we’ve done that. This was a different process for us because we started asking friends who were songwriters to send their music and the songs started pouring in. We didn’t want to feel like we had to write this album, so once we got the songs lined up the whole theme of God’s Promises just seemed to be the tone of the project. We, as a band, co-wrote three songs on the album.

Is there one particular song on the record that speaks most deeply to your personal faith walk?

My cousin wrote The Grass Is Greener, and it was the first song I heard that I knew would be on the album. We had co-written several times before, and I just love his style of writing, and this particular song just blew me away. It’s such a beautiful picture of heaven and told in such a neat way. There are just a few lines that get me every time I sing them. This bag of broken bones will have a home, and they will dance for you/These blinded eye’s will open wide to see the miracles you do/the grass is greener there with you/this heart that sleeps will start to beat when it is given life with you. To me, the last line is the best as I just love it.

You speak openly at your shows about your pro-life beliefs. Would you, please, share your testimony?

My mother was raped when she was fifteen years old, and as happens sometimes with traumatic events she blocked out the experience. A few months passed and she started feeling sick and gaining weight. My grandma took her to the doctor and that’s when they found out she was pregnant. My grandma’s first response was to go to church and pray so that’s what they did. For the two of them, abortion was not an option and I’m obviously thankful for that! From the beginning and at a young age, my family made it very clear to me that I don’t have an earthly father since they don’t know who he is. However, I know I have a heavenly Father who loves me so much that He’s going to take care of me, and living for Him is the best decision anyone can ever make in their life.

Now when I’m on the road performing, I’m able to share my story, full of love, and can hopefully become an example to people. I want to show them that even though situations are just terrible sometimes the Lord is still there and if we seek Him, we will find Him, and He will walk us through the toughest times of our lives. 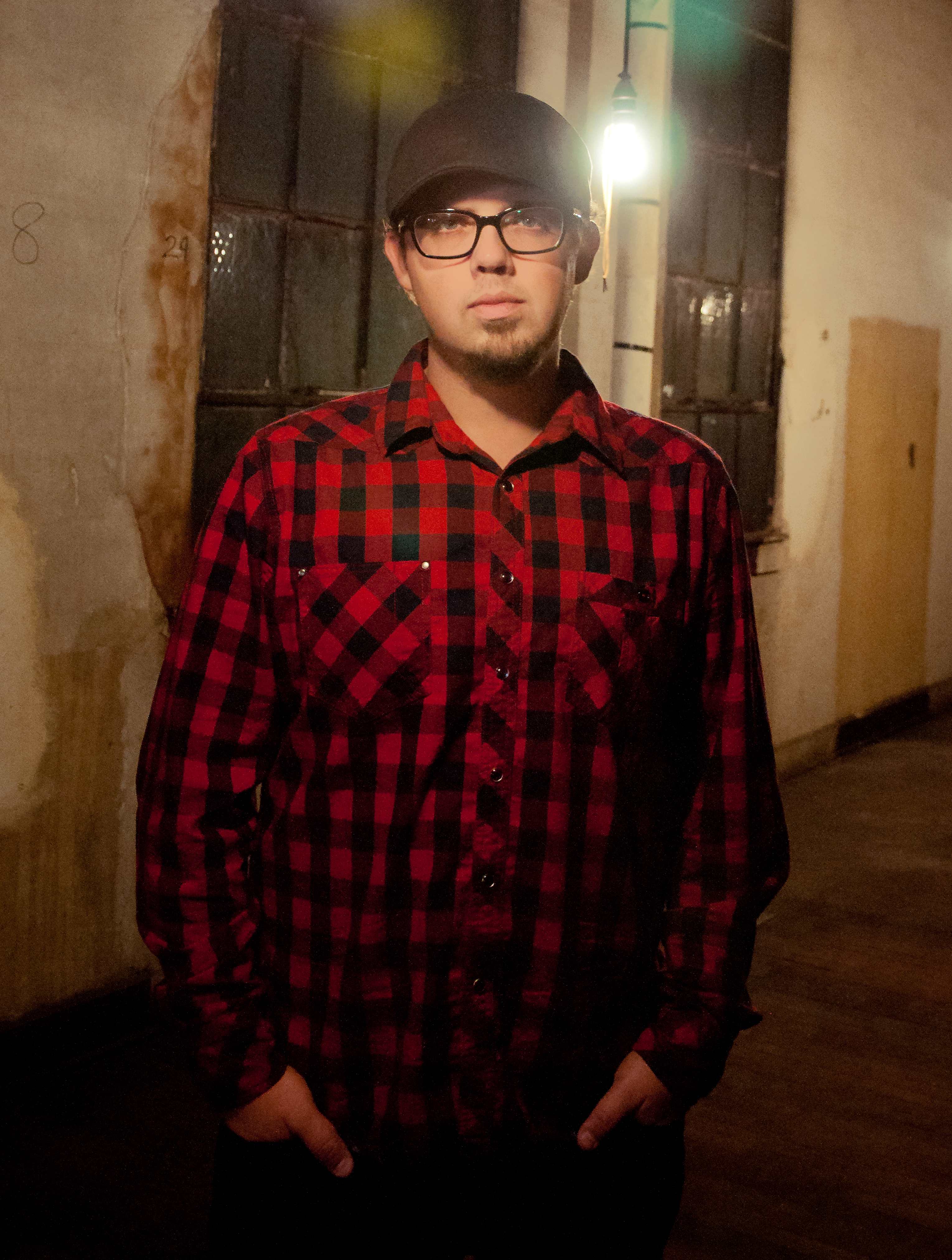 Whether on tour or off the road, what is your favorite comfort food and why?

That’s tough as I just love food. We eat well on the road and a good steak is hard to beat for me, along with any Italian pasta.

This website features authors as well as musicians. What’s the name of the last GREAT book you read?

I’m honestly not much of a reader as I have a hard time staying still that long, but my wife bought me President George W. Bush’s book, Decision Points, on CD and I couldn’t quit listening to it in my car. I even found myself a few times sitting in the driveway at home because I didn’t want to turn it off.

Probably major but I can’t seem to think of any clever reason to tell you why!

I have no clue as that’s a tough question. We’ll let the director choose my role. Yeah, I’ll go with that answer.

We have a “child” named Bruce who just happens to be a really large orange cat. He thinks he’s a lap dog at times and he’s not like any cat I’ve ever seen. My wife loves him and he’s a good companion while I’m on the road.

Thank you, Jason. It’s a pleasure to have you as a guest at DivineDetour. My God continue to bless your work for Him.

For more information about the Jason Lovins Band, visit their website. To listen to previews and/or purchase the new CD, Promises, logon here.