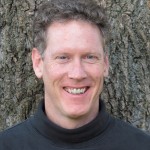 Patrick Carr was born on an Air Force base in West Germany at the height of the cold war. Since graduating from Georgia Tech in 1984, he has worked as a draftsman at a nuclear plant, as a designer for the Air Force, in the printing industry, and as an engineering consultant. He is now a high school math teacher. A member of Middle Tennessee Christian Writers and American Christian Fiction Writers, Patrick was an ACFW 2010 Genesis Awards Finalist in the Speculative Fiction category.

He currently makes his home in Nashville with his wife, Mary, and four sons, Patrick, Connor, Daniel, and Ethan. Sometime in the future he would like to be a jazz pianist.

How long ago did you set out on your writing journey?

I started dabbling back in college, but got really serious about ten years ago when I committed to actually finishing a novel.

This website is all about “divine detours.” Can you tell us about a detour you have experienced as a writer—recently or in the past—that turned out to be positive?

I had a friend from church tell me that if I wanted to be a writer, I needed to be part of a local writers group, agent and publishers would be looking for that. So I joined MTCW, all the while thinking that it was really just to flesh out my resume’. After all, I already knew how to write.

Then I found out I had a lot to learn; a whole lot. That writers group is the reason I’m published. They not only taught me to write, they talked me down after I got some scores back from a few contests that were less than stellar. 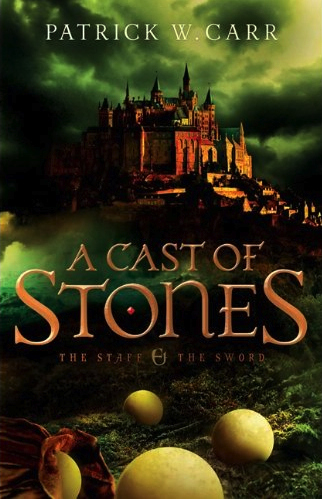 Let’s talk about your fiction debut, A Cast of Stones (Bethany House, February 2013), the first book in your The Staff & the Sword Series. Please tell us about it.

A Cast of Stones is what most people would call an epic fantasy. In this mythical world the kingdom of Illustra’s ruler is about to die without an heir. This sets off a war of succession and a struggle to determine who is the next rightful king. To make matters worse, the death of the king opens the door to Illustra’s enemies to attack. Into this backdrop comes Errol. An orphan with a drinking problem. Events conspire to sweep him into the war of succession.

There are a lot of twists and turns in the plot, but the book is very character driven. In addition, I hid a lot of allegorical references within the story. It’ll be interesting to see if anyone catches them all.

What sparked the idea?

I was reading and came across a Bible verse that said “God is in the lot.” That intrigued me and set my imagination to running. The rest of the story grew from that.

There were a lot of those allegorical references in the story that I didn’t write on purpose. They just kind of popped up. I attribute that kind of thing to God’s inspiration. I believe it was an answer to my prayer asking for God’s help to make me a better writer.

I have this idea for a detective series with a twist. I don’t want to give too much of it away because it’s still a couple of years off, but I’m really looking forward to the adventure of writing in first person.

Chocolate. That and Starbucks’ mocha latte. The combination of sugar and caffeine usually helps to get the words flowing.

I could probably get paid NOT to sing. I took piano lessons for a few years and my four sons are all very musically inclined. They play jazz or classical and also compose. I hope to follow their footsteps someday.

That depends on the day, but right now I’d probably be a jazz tune like A Night in Tunisia or Take Five. But honestly, some days I’m sure I must be living a “Weird Al Yankovic” number.

Boy, wouldn’t I love to be the romantic lead and I’ve always wanted to be tall and dark. Mostly, I’m the comic-relief sidekick.

We have a white mix dog that looks like a throw pillow with legs. His name is Mel, but I usually call him Mr. Fruffles. We took him to a St. Francis pet blessing and one of my church friends told me she would never have envisioned me with a dog like that. Considering how he looks, I took that as a compliment.

Thanks, Patrick! It’s great to have you as a guest at DivineDetour.

For more information about Patrick, visit his website at http://patrickwcarr.com.

To purchase A Cast of Stones logon to: