Jay Speight has traveled a long way from his childhood ambition of becoming an architect. Now—instead of crafting buildings for a living—he is building a songwriting career, one song at a time.

His most recent success is a Trace Adkins’ single. But Jay’s story began about a decade ago when he sat behind the front desk of one of the largest record labels in Nashville. 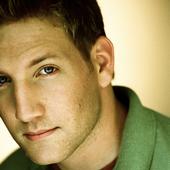 How did you get your start in the music business? Have you had a lifelong desire to pursue music, or was it something that just happened?

I wouldn’t say it’s been a lifelong thing. As a kid I was very much into art and thought I wanted to be an architect. I had been taking piano lessons since I was in third grade, but it probably wasn’t until high school that I began to really be drawn to the whole songwriting thing.

I got my start interning in radio promotions at Universal Music Group Nashville (formerly MCA Nashville) after graduating college. That led to a temp job as the receptionist and for about three years I answered phones during the day and would write on my lunch breaks and at night. While I was there I met Scott Lynch, who later signed me to my first publishing deal.

When did you write your first song?

I don’t remember exactly. Sometime in high school, I think—probably my sophomore year.

I love your song, Great Great God. How does your faith play into your songwriting?

Well, overall I realize that whatever gift I have is a gift that comes from God. Not only that, but I realize that I am extremely blessed to have the opportunity to write songs for a living. So I feel like I have a responsibility to be a good steward of that, work hard and try to make the most of every opportunity.

Absolutely! When I first moved to Nashville I wanted to do the Christian artist thing. But after about a year it was obvious that God had other plans. He had brought about the opportunity to be the receptionist at UMG, where I was meeting all kinds of people in pop and country music. It set me on the path I have been on for the last ten years and, looking back, I can definitely say it was for the better.

Let’s talk about your Trace Adkins’ single, Ala-Freakin-Bama. You grew up in the Carolinas and this song has become an anthem for Alabama football. How did the idea for the song come about?

Actually, from Shelby Lynne’s bio on MySpace. She had just put out a new record, and my publisher and I were checking it out and reading over her bio. It said she was from Ala-Freakin-Bama. Being from North Carolina, I had never heard the saying before and I just thought it sounded like a great song title.

Have other artists recorded your music?

Travis Tritt recorded a song of mine a couple years ago called “High Time For Getting Down.” Randy Jackson (of American Idol) produced it, and Charlie Daniels played fiddle on the track. We were in line for the third single. Unfortunately, the label he was signed to folded two weeks into the second single.

Where do you get most of your song ideas?

Sometimes it comes from something someone says in a conversation. A lot of times I’ll get inspired by an obscure line in a song. And sometimes I’ll just have a melody in my head and the idea just evolves as I flesh it out. I never really know.

Please tell us about your average day as a songwriter.

Do you usually write on piano or guitar?

I pretty much write half and half on guitar and piano. It just depends on who I’m writing with and what kind of song we’re writing, really. Most songs lend themselves to one or the other, so it’s nice to be able to switch back and forth.

I know you record, as well as write. Any aspirations to become a recording artist?

You know, not really. I mean, if the right thing came along—sure. But right now I’m happy writing songs and being at home with my wife and two little girls. It’s a good life.

Mostly non-fiction. I’m a big talk radio guy—so I gravitate to books about faith and politics.

Pretty much anything great—usually pop, though.

I’m a dog lover. Please tell us about your pets. What’s your favorite dog breed and/or cat breed?

I’m absolutely a dog lover. We have a boxer named Toby who is just a big puppy. He’s smart, full of personality, very protective and great with kids. The boxer is definitely my favorite breed.

To download Jay’s music, visit his Myspace page, at http://www.myspace.com/jayspeight