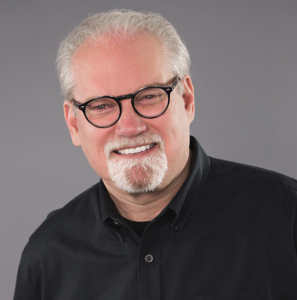 Jerry Jenkins is one of the most commercially successful writers of our time. His “breakout” book came in 1995, when he and collaborator Dr. Tim LaHaye released the first in their series of sixteen Left Behind novels. But, while Left Behind may have set his name in lights and entrenched him on bestseller charts, it was actually just a milestone in what was already a well-respected writing career.

He is also an enthusiastic mentor who has a heart for helping other writers. He recently launched the Jerry Jenkins Writers Guild featuring online writing courses for beginning, intermediate, and advanced fiction and nonfiction writers.

Jerry and his wife, Dianna, live in Colorado. They have three grown sons and eight grandchildren.

You started with non-fiction. What was the catalyst for your fiction career?

I had written seventeen or eighteen nonfiction books, but as a magazine editor (Power for Teens, FreeWay, Inspirational Radio & TV Guide, Moody Magazine, Today’s Christian Woman) I had edited a lot of short stories and written a few, so I had long wanted to try my hand at longer fiction.

A former boss, freelance editing some novels for Successful Living, needed one more to fill a set and asked if I’d like to submit one for consideration. I expanded on a short story readers had seemed to like, he accepted it, and Margo became a surprise success. It eventually became a thirteen-title series, and I was on my way.

Just as good novels include a plot twist, the Author and Creator of our lives often writes in a twist, ultimately blessing us more than our original plan. Have you ever experienced such a “Divine Detour”?

Sure. I’m a big believer in the adage that big doors turn on small hinges. What I thought was a promising baseball career ended with an injury when I was a freshman in high school, and I turned to sports writing to stay close to that scene. I realized immediately that I had found my niche. Though I had to get a quarter million clichés out of my system and even now am still trying to hone my skills every day, I found I had a knack for writing because I had been devouring the sports pages every day since I was old enough to read.

I was still two years too young to drive, so my parents had to ferry me to the games and to the newspaper office, but I was paid a dollar an inch for whatever of my copy survived the editor, so I can say I’ve been a professional writer for fifty years. : )

Just a few years later I felt a definite call to full-time Christian work and assumed I would have to give up writing and prepare for the pastorate or missionary work — despite that I did not feel a particular bent for either. But a wise counselor advised me that God often gifts a person before He calls him, and perhaps my writing would be the vehicle He would use for me to follow that call.

Recognizing the truth of that has shaped my life. 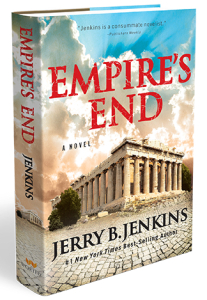 Let’s talk about Empire’s End (Worthy Publishing, June 2015). Please tell us a little about it.

Having largely become known for futuristic apocalyptic fiction because of the Left Behind series, I turned to historical biblical fiction with The Jesus Chronicles (Matthew’s Story, Mark’s Story, Luke’s Story, John’s Story), and the next logical biblical character to delve into was the Apostle Paul. I, Saul became my first Worthy novel, and Empire’s End is the sequel.

The fictional construct is that Paul’s personal diary has been found, and it fleshes out the accounts of stories only hinted at in Scripture. I would never want to violate the message of the Bible, of course, but when the text says Paul’s nephew warns him of a death threat, I take that as poetic license to give the boy a name and to invent a scenario of what might have taken place. Scripture is replete with such suggestions, and a two or three verse anecdote can become two or three chapters to a novelist.

It’s convicting for a Christian novelist to work with the life of a man whose own writing has stood the test of two millennia. The Scripture became more than a text for me, but rather daily lifted me out of my chair, inspiring me with Paul’s majestic turns of phrase. With the biblical timeline and geography as my outline, I imagined all the political machinations and intrigue of that period and put the passionate Paul in the middle of it all — pouring out his life for his faith, showing what it meant to truly believe that to live is Christ and to die is gain.

Please tell us about the Jerry Jenkins Writers Guild and how writers can participate.

I was introduced to one of my author heroes when I was a teenager, and he kindly took the time to listen to me and answer my questions — an unpublished unknown. I vowed that if I ever became a success I would pay that forward and never treat other writers as competitors. Rather, I would share everything I had ever learned, warn them of all the pitfalls, and tell them all the tricks of the trade.

Of course I never expected to publish more than 185 books, see more than twenty of them reach The New York Times bestseller list, and sell more than seventy million copies. I had hoped to answer every letter personally, but when that become impossible, I started teaching online, and now I’m blogging regularly, conducting webinars and podcasts, tweeting, and even developing online courses for fiction and nonfiction writers at every level.

Oh, I’m a big pizza fan. Having spent most of my life in the Midwest before moving to Colorado in ’99, I’m a Chicago deep dish connoisseur.

I love Sting’s comment about music being “what happens between the notes,” which probably explains why I love syncopated stuff, like ragtime, honky-tonk, and southern Gospel. I’m also a big Beatles fan.

Sorry, I’m indifferent to pets, and you know what that means. They all sense that and try to win me over. No matter where we go, I’m their favorite. Dog or cat, they’re all over me, as if saying, “Please, love me.”

We have a cat with the coloring of the Denver pro football team, so of course he’s named Bronco. I confess he’s beautiful, but I swear he can talk. He usually says, “Where’s your wife?”

Thank you, Jerry! It’s a great pleasure to have you as a guest at DivineDetour.