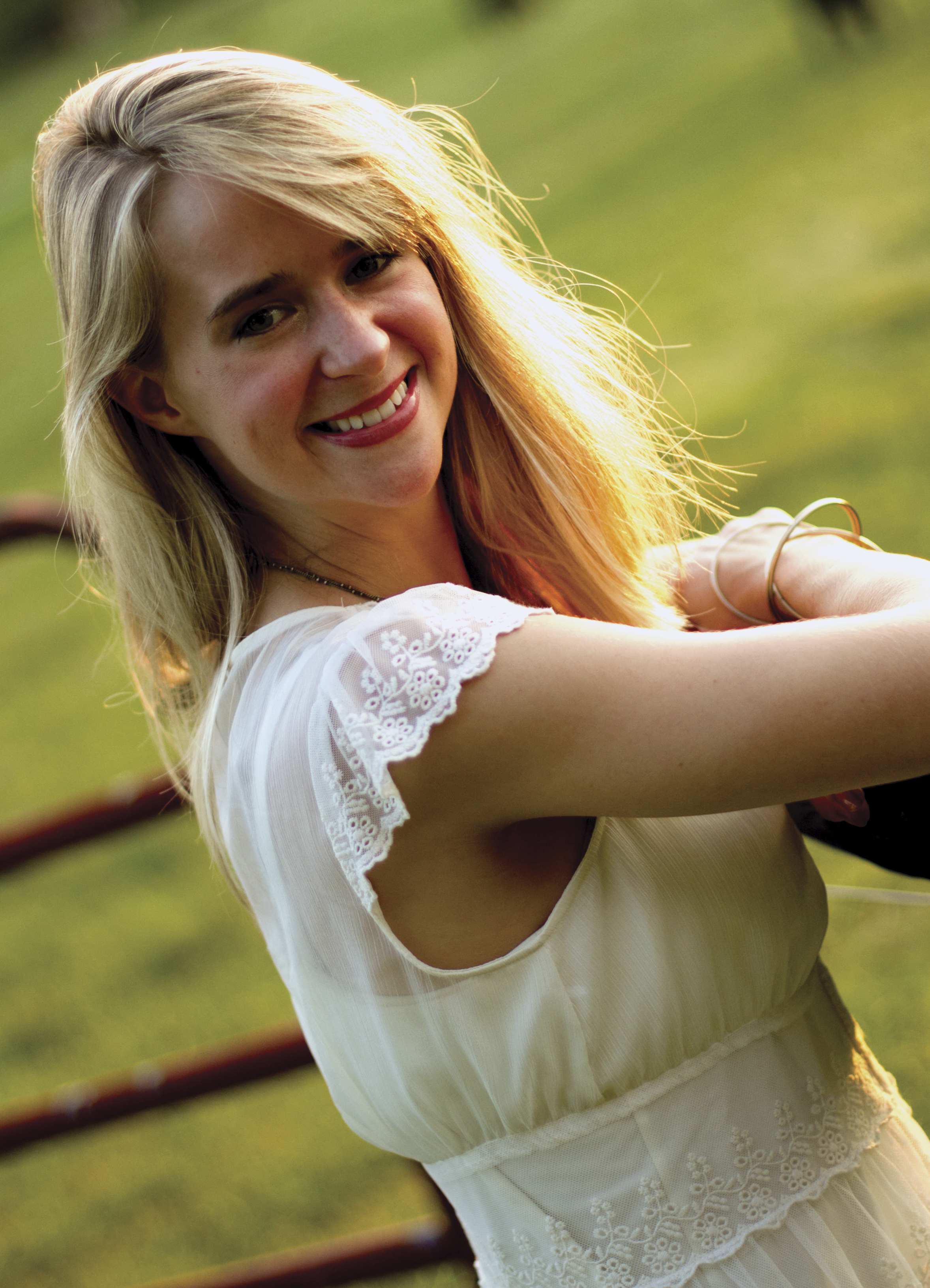 Jolina Petersheim’s debut novel, The Outcast, became an ECPA, CBA and Amazon bestseller. The Library Journal called it one of the best fiction books of 2013.

The stories Jolina relates about her childhood, her Mennonite heritage, and her journey to publication (as well as to motherhood) are every bit as entertaining. It’s, perhaps, no wonder she dreamed as a young girl of becoming a writer—and then made good on that dream.  Her sophomore novel, The Midwife, released in May.

Jolina, her husband, and their young daughter reside in the Tennessee mountains.

Detours in life can be frustrating—kind of like plot twists in the stories we write—but the outcome is often more intriguing than our original plan. Can you tell us about a detour in your life that taught you something?

Well, it seems pretty apt, considering my novel, The Midwife, but before my daughter’s birth, I had my birth plan all mapped out. I was going to give birth at the birthing center with a midwife in attendance. We were all going to light candles and hold hands and listen to music as my daughter gently came into this world.

Halt everything! None of that happened!

My labor did not progress quickly enough—despite my mad dashes up and down the stairs—so after being in labor for eight hours, the midwife took me to the hospital.

I was not a happy camper, to say the least. I did not want to wear the gown or get into bed or be treated like an invalid when my body knew what it was supposed to do if it was just given enough time (I wasn’t too rational at this point).

I try to always treat people with courtesy, but I didn’t care one lick about courtesy that morning.

However, within an hour or two those poor sweet nurses won me over. I got a hold of myself and decided that I had to embrace a new mindset and give up my old.

The entire labor and delivery process took twenty-four hours and more interventions than I would’ve cared for (I gave in and got an epidural and then slept like a rock while my husband paced the floor).

But, by the end, I got to hold that sweet daughter of mine, and all of the detours along the way just melted into the background.

I’m currently expecting our second little girl, and this time I have decided I am going into the process with an open mind (which my husband says means I’m getting an epidural ASAP!).

Nonetheless, that “detour” in childbirth taught me a lesson that can be applied throughout my planner life: it is good to have a plan mapped out, but in the end, God does truly direct our steps. We can’t keep pulling in the opposite direction but must continue to follow wherever He leads.

With your Pennsylvania Dutch background, you have a unique perspective from which to write Amish fiction. But what sparked your writing journey in the first place? Have you always wanted to express yourself with the written word?

I have always loved the written word, and my parents fostered that love without me really knowing it.

My father wrote music with his good friend every Tuesday night for years and would pause while building a barn to jot down lyrics on his 2x4s with a carpenter’s pencil.

My mother took me to the library at least once a week and would read chapters from her Janette Oke books to me like a bedtime story.

All of this, combined with the fact that my parents chose not to have a TV for the majority of my growing up years, really propelled me into the world of paperback stories. By the time I was six years old, I knew that one day I wanted to write stories as well, and so I have.

Faith is an important aspect in my life’s journey and therefore it’s important in my characters’ life journeys as well. We are all faced with hardships, but I believe that God gives us a choice when we are presented with these hardships: to either become bitter because of them or use them for His honor and glory. My characters oftentimes struggle in their faith when faced with hardships—just as I do—but through their journey, they are able to see that God has brought them through these trials for a reason, and that He had every step preordained because He knew where they would end up. 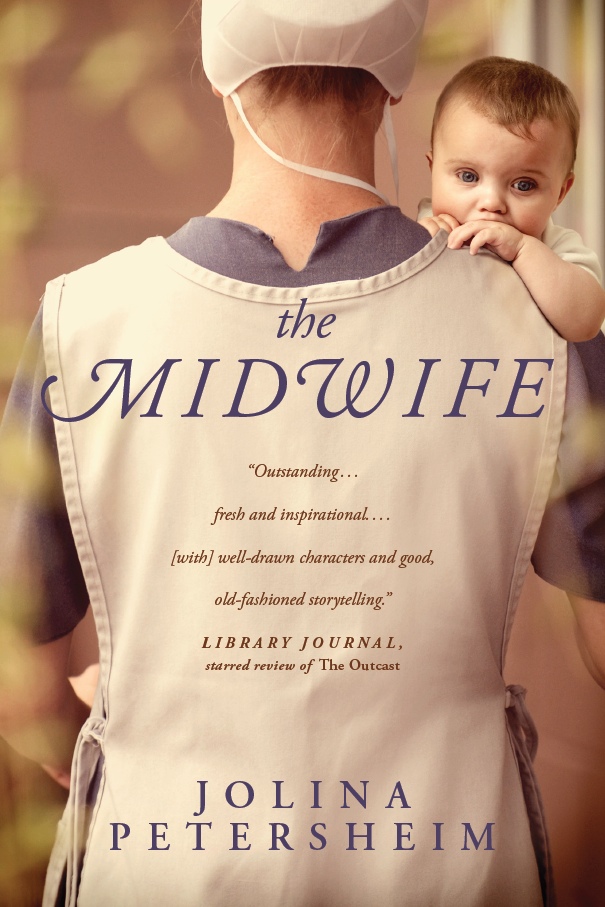 Let’s talk about The Midwife (Tyndale House, May 2014), your sophomore book. Please tell us about it.

This novel, during its creation, became as immensely personal to me as my debut, The Outcast. It chronicles one woman’s journey through immense loss and how she overcomes this loss through the power of God’s redeeming love. To keep from giving too much away, I will share the summary provided by Tyndale House, my publisher:

Since the day Rhoda Mummau was baptized into the Old Order Mennonite Church and became the head midwife of Hopen Haus, she’s been torn between the needs of the unwed mothers under her care and her desire to conceal the secrets of her past. Contact with the outside world could provide medical advantages, but remaining secluded in the community gives her the anonymity she craves.

Graduate student Beth Winslow is on a path she never would have chosen. Heartbroken after surrendering a baby to adoption, she devotes herself to her studies until she becomes pregnant again, this time as a surrogate. But when early tests indicate possible abnormalities, Beth is unprepared for the parents’ decision to end the pregnancy—and for the fierce love she feels for this unborn child. Desperate, she flees the city and seeks refuge at Hopen House.

Past and present collide when a young woman named Amelia arrives to the sweeping countryside bearing secrets of her own. As Amelia’s due date draws near, Rhoda must face her past and those she thought she had left behind in order for the healing power of love and forgiveness to set them all free.

I just signed a three-book deal with Tyndale House. The series revolves around an Old Order Mennonite community in Montana whose nonresistant beliefs are put to the test when a calamity forces them to fight for their lives. It has romance, mystery, action, and an immense, faith-filled journey as the main character learns the difference between faith in what you believe because it’s what you’ve been taught and faith in what you believe because you know it’s morally just.

Do you have a favorite Pennsylvania Dutch food?

Ach, yes! Shoo-fly pie! I have a Mennonite background and my husband has both Mennonite and Amish. My family didn’t eat a lot of pie growing up, but my mother-in-law makes such a mean shoo-fly pie that I’ve decided it’s my favorite of all time and always request it at holiday meals. It may sound strange, but for breakfast, there’s nothing like a warm piece of shoo-fly pie puddled in milk with a cup of coffee beside it to cut the sweet.

This website also features musicians. Do you have musical, as well as literary, talent? What’s your favorite Pennsylvania Dutch hymn or song?

I sure wish I was musically inclined! My mother and her family were almost all musical, but I did not inherit the gene. I can sing well enough to put my daughter to sleep, but sometimes my husband winces if I start singing before he’s had his morning coffee.

I did take mandolin lessons from the time I was six until I was eighteen, but I honestly didn’t have a knack for that, either. Mainly because my heart wasn’t in it, so I had no motivation to learn, bless my poor music teachers’ hearts!

My favorite Pennsylvania Dutch hymn is Gott Ist Die Liebe. You can watch my Grandma Petersheim performing it here; she is so dear to put up with me!

Hmmm, that’s a tough one. I would like to think I’m the strong, female lead, but I really only lead if no one else is willing. I’m most definitely more the freckle-faced “girl next door” than the mysterious woman behind dark glasses, though I’ve often wished I could pull that one off, since authors are supposed to have an air of mystery and not throw themselves out there. I feel like a super heroine when I can walk in high heels without tripping over something or someone, so I guess I’m a mixture of everything but the dash of mystery!

We have a beautiful, cinder-colored akita named Kashi who is a work-in-progress. I take her for walks every day with my toddler daughter (daughter in stroller, akita tied to the stroller by a leash, pregnant me pushing the stroller), and the poor animal doesn’t know her own strength. Sometimes she goes tearing after something (the other day it was a vulture picking at some road kill) and drags me and the stroller along for a wild ride. She is really a sweet-natured dog; she just needs Cesar Millan to do some fast-talking in her ear.

Thank you, Jolina! It’s nice to have you as a guest at DivineDetour.

To purchase The Midwife, logon to: