Kaye Dacus has been writing fiction for more than twenty years. Her debut novel, Stand-In Groom, Book One of the Brides of Bonneterre series, was a 2010 Christy Award finalist in the contemporary romance category. Kaye also writes historical romance. Her lastest historical, the third book in the Ransome series, released on August 1.

Kaye has worked in the newspaper and book publishing industries for the past two decades. She is currently a freelance editor and copywriter for several publishing houses.

Born in Louisiana, she now lives in Nashville, Tennessee, and is the President of Middle Tennessee Christian Writers, where she is affectionately known as a “mentor to many minions.”

Let’s talk about Ransome’s Quest (Harvest House, August 1, 2011). Please tell us about it.

The pirate El Salvador de los Esclavos has haunted the waters of the Caribbean for almost ten years. When he snatched Charlotte Ransome, it was a case of mistaken identity. Now Charlotte’s brother, Commodore William Ransome, whose reputation in battle is the stuff of legend, is searching for him with a dogged determination. But another rumor has reached Salvador’s ears: Julia Witherington Ransome has been kidnapped by the man feared by all other pirates—the pirate known only as Shaw. The violent and bloodthirsty savage from whom Salvador was trying to protect her.

When word reaches William of his wife’s disappearance, his heart is torn—he cannot abandon the search for Charlotte, yet he must also rescue Julia. Captain Ned Cochrane offers a solution: Ned will continue the search for Charlotte while William goes after Julia. William’s quest will lead him to a greater understanding of faith and love as he must accept help from sworn enemy and have faith that Julia’s life is in God’s hands. 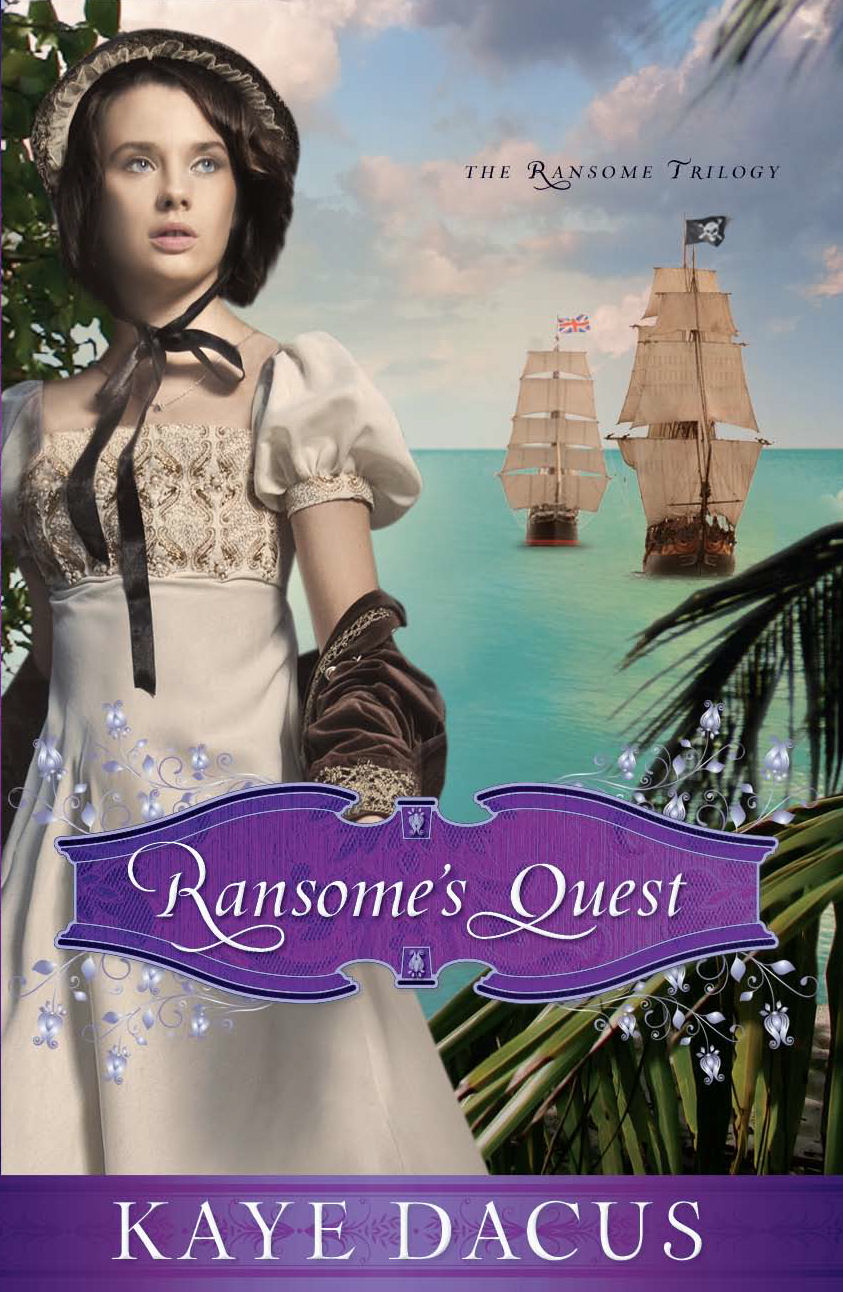 How many years ago did you begin writing this series? When you reached “the end” were you surprised by the outcome of the story, i.e. is it different than what you anticipated when you penned the opening lines?

Because it took five years to write this series—which initially started out as a one-book idea, or so I thought—there have been some changes along the way. Some things I always knew: there would be romance between William and Julia, there would be a voyage from England to Jamaica, and there would be pirates—though, at first, I thought only one. By the time the series began to take shape—after I finished the complete first draft of Book One, Ransome’s Honor, those things all still remained. But a lot more was added to it!

In the end, someone did show up toward the end of the book I hadn’t expected to see again, but as soon as that person came on the scene, I knew it was what needed to happen.

You teach writing craft—online, at writers’ conferences, and for Middle Tennessee Christian Writers—and you are a mentor for a number of writers. What is the most common mistake a new writer makes?

The most common mistake I see new writers making is believing they don’t need to put very much work in to learning the craft of writing and business of publishing. I see so many new writers who try to run before they’ve good and truly learned to crawl properly—and whose dreams and spirits are crushed when editors and agents reject them or critique partners or contest judges give them stern, possibly harsh, feedback indicating how much more they still need to learn; feedback which they’re not mentally or emotionally ready to hear.

As someone who’s lived alone, happily independent, for more than fifteen years, one thing I’ve come to rely on, and take pride in, is my self-sufficiency. Okay, my control-freakishness, if you really want to get specific. My life was on a certain path, and I had control of it. . .until God sent a detour my way in the form of a broken ankle last November. I was already two weeks past deadline on my previous book (The Art of Romance) and had been at the library trying to get the last half of the book mapped out. Leaving the library, I lost my footing and fell, dislocating my right foot and breaking both major bones in the ankle (tibia and fibula). And I didn’t have my cell phone with me!!! I had to rely on someone else to call 9-1-1 for me. I did have my laptop with me so I was able to access my family phone list and call my cousins who live in town—and rely on them not only to contact my parents but also to come pick me up from the emergency room and then, the next day, to go get my car and bring it back to my house.

Since I was facing surgery and months of recovery, I couldn’t stay by myself—not with a house accessible only by the few steps from the yard to the porch, no paved sidewalk/driveway, and doorways too narrow for a wheelchair (because I also lightly sprained the other ankle when I fell), and an incapacitated right foot, meaning I couldn’t drive, either. So much for independence and self-sufficiency! I spent the next day packing and the day after that, my parents came and took me to Arkansas to stay with them until I was once again able to drive and walk. It was like reverting to childhood, relying on my parents to feed me, drive me places, and take care of me.

And it was a great reminder—no matter how independent and self-sufficient I think I am, I need to let go. I need to let others help me. And, most of all, I need to rely on God to provide, not to believe I can do it all on my own. 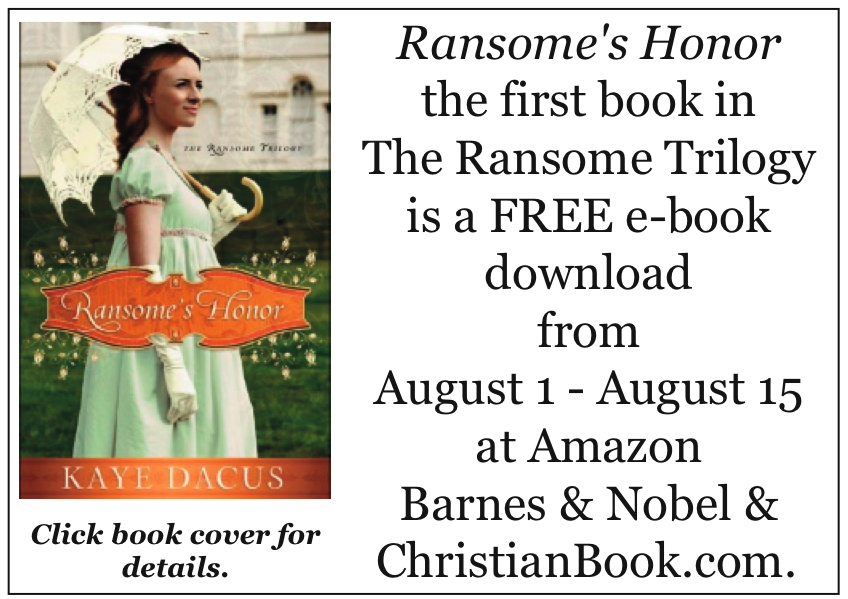 A Game of Thrones, Book 1 of the Song of Fire and Ice series by George R.R. Martin

Time after Time, covered by John Barrowman on the album Another Side (http://youtu.be/YFqhOWQi7M4)

My favorite passage is Hebrews 12:1–3  Therefore, since we have so great a cloud of witnesses surrounding us, let us also lay aside every encumbrance and the sin which so easily entangles us, and let us run with endurance the race that is set before us, fixing our eyes on Jesus, the author and perfecter of faith, who for the joy set before Him endured the cross, despising the shame, and has sat down at the right hand of the throne of God. For consider Him who has endured such hostility by sinners against Himself, so that you will not grow weary and lose heart. (nasb)

To me, this is my Christian journey in a nutshell—I wouldn’t be anywhere if it weren’t for those who’ve gone before me, who now surround me, and who will come after me; I must persevere in the tasks God has set before me—and I can do so only by living on faith in Jesus, who endured so much more than I will ever be asked to go through.

As a natural-born pessimist and an introvert who can, initially, seem cool toward people I don’t know (which is something I work hard on—that initial impression), autumn definitely best represents me. Not only that, but it’s my favorite season of the year, too! I actually go into hibernation mode during the summer—I can’t abide heat; I get overheated very easily and then not only does it take me a very long time to cool off again, I usually end up with a migraine because of that. When the temperature starts cooling down, I start coming to life. When the monochrome green of summer turns into golds and reds and oranges and browns, I’m at my most vibrant (usually in purple and gold, cheering on my LSU football team). Oh, and fall is when all of the office supplies (called “school” supplies, for some reason) go on sale!

Are you a morning lark or a late-night owl?

Anyone who’s been around me for any length of time could probably answer this for me. I’m most definitely a late-night owl. I’ve known since my late teens/early twenties that my natural sleep pattern is from about 2 a.m. to 10 a.m. And now that I’m self-employed and working from home, that’s what works best for me. Plus, it’s so much easier to get more work done late at night. Even though I live alone, there are still too many distractions up until about 10 or 11 at night. Once everyone else in this half of the world goes to bed and there are no e-mails coming in and very few Twitter and Facebook updates being posted, I can focus on what I need to get done. Plus, after 10 p.m. is when I’m at my most creative, so it’s usually when I do my writing.

Thanks Kaye. It’s nice to have you back for a visit at Divine Detour!

For more information about Kaye, visit her website at www.kayedacus.com.

To purchase Ransome’s Quest and/or other books by Kaye logon to: