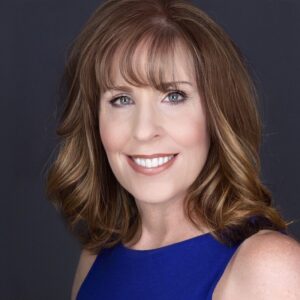 Kelly Anne Liberto has been writing and speaking since 2001, when God healed her miraculously from cancer. She wrote Stealth with the intent of bringing attention and aid to the victims of human sex trafficking.

A 1982 graduate of LaSalle University with a B.A. in Communications, Kelly Anne and her husband have shared their story of overcoming on local Christian television as well as in a public access television production entitled “Kelly’s Miracle.” They now enjoy hiking, traveling, and going on adventures together. They have three daughters, a bonus son, and one energetic golden/rottie retriever mix dog.

I knew I was a writer when my fourth grade teacher entered my essay in a “fire prevention” contest and it won. After that I wrote a commercial poking fun at my high school vice principal. It was a hit with the class and the vice principal. I was hooked and continued in college with a major in Communications.

Great novels almost always have a plot twist that makes the story even better. Have you ever experienced a real life “plot twist” or divine detour that made your life better?

My “dream” job was in the palm of my hands four years after marrying my high school sweetheart and moving to Lehigh Valley, PA. I had an interview with the Human Resource Director from a major health magazine. Her child was enrolled in the program where I was currently teaching. Unbeknownst to us, we had become pregnant with our first child. I wanted badly to become a mom!

As God would have it, He gave me my dream job with our first daughter before I was even hired for the writing position. And I’ve been working as an at home freelance writer since. 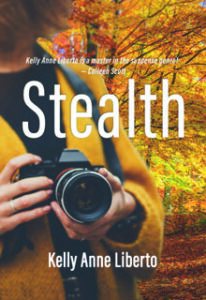 Let’s talk about your debut novel, Stealth (January 2023). Please tell us about it.

In 2011 I was volunteering as the Overseer for the mentoring department in a women’s ministry. I was introduced to the problem of sex trafficking through the president of the ministry. A year later I left the position and began to write Macy’s story full-time.

A policeman’s widow finds the remains of a young girl on an abandoned mountain trail. She has a horrific vision of the man who abused her in a Christian camp as a child. In her attempt to protect her own daughter, Macy Freedman comes face to face with the man who is running a prostitution ring in town.

A gripping, fast-paced story about sex-trafficking that will tug at your heartstrings. What if you could sit across the table from a girl entrenched in prostitution who desperately wants out, but can’t share her secret with anyone? Join Macy and her friends as they build trust with her and unravel the plans of a prostitution ring run by their former camp counselor who was a predator.

What inspired you to write it?

As a sexual abuse overcomer I wanted to tell the story of women enslaved by a modern day evil that is rarely talked about or acknowledged. These women are victimized and often treated like criminals. I was inspired to be a part of those who are fighting to see trafficking end.

My favorite comfort food is chocolate in any form. For Christmas we served a hot cocoa bar which was delicious and fun to make!

What Bible story or passage best describes your personal journey of faith?

My faith journey is best described by my life verse given to me by my pastor when I was baptized as a young woman. Acts 1:8 But you will receive power when the Holy Spirit comes on you; and you will be my witnesses in Jerusalem, and in all Judea and Samaria, and to the ends of the earth.

I guess the strong female lead if you also add “flawed” and saved by grace.

Thanks, Kelly Anne! It’s great to have you as a guest at Divine Detour.

Thank you, Kathy! It’s an honor to be on your wonderful blog.

To purchase Stealth, go to: