In February, the Society for the Preservation of Bluegrass Music of America (SPBGMA) named The Grascals their Bluegrass Band of the Year. This summer, the group was nominated for five awards by the International Bluegrass Music Awards (IBMA), and Kristin Scott Benson won her third consecutive award for Instrumental Performer of the Year—Banjo. 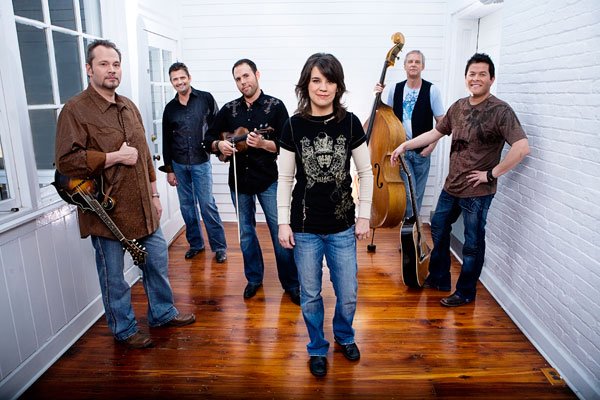 Welcome to DivineDetour, Kristin! The Grascals were nominated with Hank Williams Jr. for IBMA Recorded Event of the Year for I’m Blue, I’m Lonesome, a song from your latest album. You also toured with Hank Jr. this year. What was that like?

Touring with Hank Jr. was a ton of fun. We’re actually about to do another group of shows this fall, as part of the same Rowdy Friends tour. As bluegrass musicians, it’s a special treat to play for different audiences, and we appreciate the opportunity to spread the music to new crowds.

I understand you toured overseas this year, as well. Where did you perform? Any special memories from that trip? Were the audiences different than American audiences?

In the past year, we’ve performed in Greece, France, Switzerland, and Belgium. I’m always impressed with European audiences. Because the music isn’t as easily accessible there, they have to work to hear and find it. Therefore, the typical fan is much more informed. They’re also more excited about live music because they may only get one or two chances a year to see authentic, American-based bluegrass bands.

How long have you been playing banjo and how did you get your start professionally?

I started playing banjo when I was 13. My maternal grandfather was a professional mandolin player and my father played casually, so I had those early influences. I played in various bands in high school, but joining the Larry Stephenson Band in September of 1995 was really my first opportunity to be in a busy band that toured nationally. I was 19 years old and a sophomore at Belmont University, so I was very blessed to have that chance at a young age.

I can’t necessarily think of a detour, but thankfully, He’s clearly spoken in some important decisions. I had a wonderful career opportunity once that God warned against through specific scripture. I named one of my solo CDs, Straight Paths, after Prov 3:5-6 because of that experience. Interestingly, almost ten years later, He used some of the same passages to confirm joining the Grascals. He’s such a loving Father. I think about how much I love my son and how I’d do anything to steer him in the right direction. As earthly parents, we don’t always have the answers, but God is the perfect Father—He always knows what is right and He loves us even more than we love our kids. What an invaluable asset! The tricky part is growing our relationship with Him enough to faithfully take His advice.

The Grascals’ new album, The Famous Lefty Flynn’s, released in March by Rounder Records, made headlines with its first single—a cover of the Monkee’s Last Train to Clarksville. What prompted the group to record that song?

That song works well because it’s already familiar to most people. If we’re playing to audiences that aren’t necessarily bluegrass fans, they probably know the song. For the die-hard bluegrass’ers that may not have heard the original version, it’s arranged in a way that doesn’t alienate them; it blends in with the rest of the show. So, it suits both groups of people and that’s something The Grascals always consider. 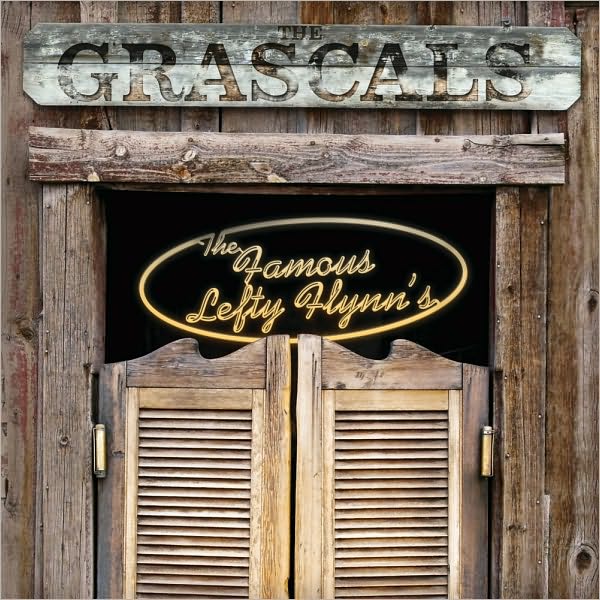 What’s next for the Grascals? Can you give us a sneak preview into the next few months and 2011?

Well, IBMA in late Sept/early Oct is always a busy and productive week. As I mentioned, we have another run of Hank Jr. shows this fall. We’re actively promoting The Famous Lefty Flynn’s, while also recording our next album. We just got done singing the National Anthem at a Tennessee Titans game and that was really a lot fun! The video on Last Train to Clarksville keeps getting airtime, so we’re happy about that.

What have you personally not yet accomplished that you hope to turn into reality soon—personally and/or professionally?

Professionally, I am so happy being a Grascal. I feel like I’ve found a home with these guys. I’m excited and honored to be a part of whatever lies ahead for the band. Outside of the group, I’m always trying to write instrumentals and improve my playing, even if what I’m learning doesn’t necessarily find its way into the band’s music. 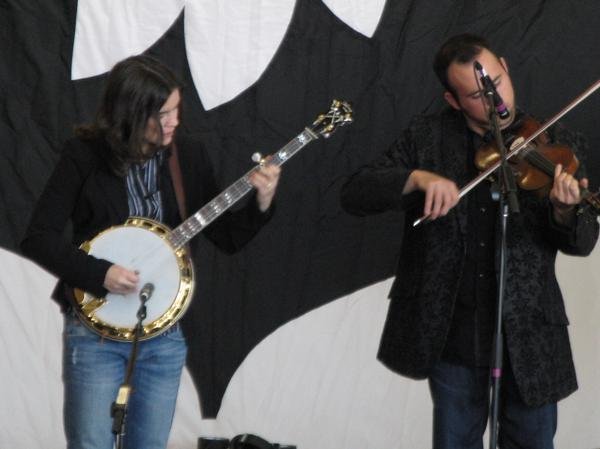 Lately, The Spy That Came in from the Cold by John le Carré, God in the Dark by Os Guiness, and Believing God by Beth Moore.

Finally, please tell us about your family, pets, hobbies, etc.

My husband is Wayne Benson, mandolin player with the bluegrass band, IIIrd Tyme Out. We have been married for ten years and have a three-year-old little boy, Hogan. When he was a year old, we left Nashville and moved back to the Carolinas to be near family.

As for hobbies….we’re too busy! Time management is our biggest challenge, but it’s because God has blessed every area of our lives and each has become so full that life is a big balancing act. We’re incredibly thankful, however, and happily forego hobbies to spend every possible second with our son.

For more information the Grascals visit their official website, www.grascals.com.

To view the Grascals’ touring schedule, logon to http://www.grascals.com/index.php?option=com_eventlist&view=eventlist&Itemid=2.