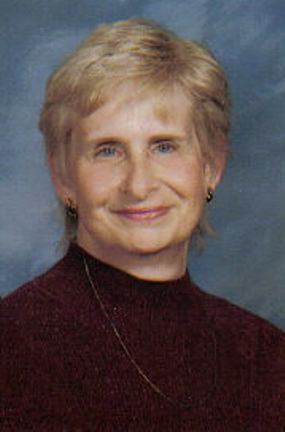 A native of Central New York and a graduate of Houghton College, Linda Wood Rondeau managed a career in human services before tackling professional writing. She is the founder of Pentalk, an on-line support group for writers, and an avowed “museum freak.”

Her debut novel, The Other Side of Darkness, was the recent recipient of the 2012 Selah Award for best first novel. Her sophomore effort, America II: The Reformation, released in June.

Linda and her husband, Steve, live in Jacksonville, Florida. She has three children and nine grandchildren.

What was the catalyst for leaving your career in human services to pursue writing?

I could blame it on mid-life angst, but I think the reason is far deeper than that. In 1995, I prayed for God to give me a passion for something. I discovered golf . . . something I did feel passionate about. Somehow I knew that wasn’t the answer to my prayer, perhaps a diversion instead. That year I attended a feel-good seminar. The speaker had us put in writing what we would do if we were not at our current jobs. I put down write, a dream since childhood. Then he said expand the dream. So I put down write inspirational literature. Wouldn’t you know, he called on me, and I publicly declared I wanted to write for God. But, I didn’t get that He had heard my prayer and that writing was the passion I sought. I failed to believe that God cared as much about my dream, perhaps even more so.

Then on June 21, 2000, God said. “It’s time. Take my hand and follow me to the other side of darkness.” This time, I listened and resigned. I don’t recommend that all writers leave their day jobs. For me, it was the right thing to do. God affirmed my call again on June 21, 2011, when I received a contract offer for my first book, then entitled Dawn’s Hope. My agent said, they want to change the title to “The Other Side of Darkness.” My publisher had no idea about the call I’d received eleven years earlier. In March 2012, I received my second contract for America II: The Reformation.

God does not need me to write for Him. He has an abundant number of talented people ready and able to do the job. But He has granted me the privilege of writing His message of hope and encouragement. 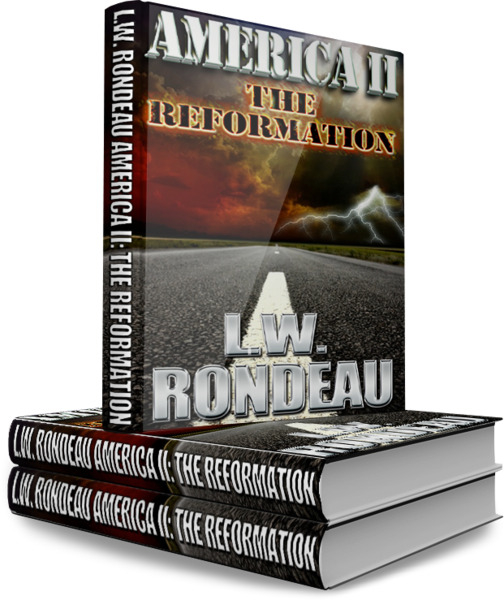 Let’s talk about America II: The Reformation (Trestle Press, June 2012). Please tell us about it.

From the synopsis and back cover:

Following unprecedented climatic changes, resultant pestilence and war brought the world into chaos. Eventually, each nation surrendered its sovereignty to form a global democracy, initially known as The Accord. However, the democratic government proved too weak and was soon replaced by a faux democratic rule.

The year is 2073, and current governor of Western America Province, Edwin Rowlands, is poised to become the Constitutional Government’s second president. Many fear that the sweeping reforms found in his proposed Preservation Act will set him up as a dictator. If enacted, defection both past and present would become a crime punishable by death, thus bringing all outlands into crushing subjection.

While most believe reform is critical, factions disagree on how to prevent the Preservation Act from becoming law. Ahmed Farid, second President, believes reform can be managed within the existing government. Leader of the Revolutionary Army, Jimmy Kinnear, trusts only in military intervention. However, Jacob Goodayle, Chairman of Western America’s illegal outland government, favors separatism.

As tensions rise, civil war seems imminent. Who will be the voice of reason in a world on the verge of a third dark age?

What do you hope readers will take away from it?

America II: The Reformation is a trilogy set in the future and parallels the development of the thirteen colonies. Book one is similar to America’s Colonization and the British stranglehold on the developing nation. I wanted to demonstrate that God will always be in control and invested in our lives until the Earth is no more.

As I researched the development of the original thirteen colonies and the issues that separated them from their mother country, I gained a deeper appreciation of our nation’s history, and God’s involvement in the affairs of mankind. I also learned that imperfect people can serve God perfectly.

Absolutely . . . here is a case in point as I prepared to make the biggest change in my life I had yet to face. I would be packing up my Ford Focus, leaving hubby (who could not retire yet) and my cat behind, while I played Daniel Boone and blazed out a trail for us in a new state.

What is more, I consider everything a loss because of the surpassing worth of knowing Christ Jesus my Lord, for whose sake I have lost all things. I consider them garbage, that I may gain Christ. Philippians 2:8

Today I started the process of thinning. Not my body but my possessions. In reality, very little needs to be kept. My recycle bin is getting thicker while my file cabinets look like they’ve been on a crash diet.

I’m reminded that we can’t take these things with us, so what’s the point in holding on? Yet, as I touch certain items, I sense a memory attached to each and every sheet of paper. Writing conferences that encouraged me, inspirational thoughts, and most of all, copies of my vanities, my works, published and maybe someday published.

What criteria do I use to make such a decision as to what to toss and what to keep? My eyes well with the reality that from henceforth, I’ll need to live a Spartan existence, keeping only my lance and bow nearby . . . that which is purely a necessity rather than a want. While there is a weight through the process, there is a lightening when I finally cast the truly unnecessary aside.

I wonder how much of my soul I’ve cluttered through the years, catalogues of unnecessary thought and design, buried in dogma that holds no purpose. So as I purge my worldly goods, I pray that God will purge my soul as well, casting my life solely at the foot of the cross. Christ crucified, risen and alive, living in me and nothing else.

Any kind of chocolate, candy bar, ice-cream, cake. Chocolate both uplifts and energizes. It is both my comfort food and my reward.

Some say I do, although I hope I’m a better writer than a singer. I have always participated in choir at church and some of my fondest childhood memories are surrounded by family get-togethers where my grandmother played the piano and my father and brother played the guitar. We’d sing the old songs and hymns. My mother and I used to sing while we did dishes together. I had the honor of playing Sr. Hubert in Nunsense . . . twice, ten years apart. I guess they were satisfied with the first offering since they asked me to reprise the role. Or maybe because gospel boogey-woogey was my forte.

I’d like to be a ragtime in the morning to help folks get started on their day, a ballad in the afternoons to help folks mellow, and a lullaby at night to help them sleep.

Probably, at some point in my life, I’ve been all of the above. I had to be strong as single parent of three small children. In my second marriage, I married a scoutmaster so I guess I was a little bit of the girl next door after moving to a small town where everybody knew everybody. I write suspense in addition to speculative so I guess I’m a little of the mysterious, too. And I am always feeling like the little girl in high heels, falling down before my Father and asking him to pick me up and set me aright again.

My cat, Duffer, and I have been reunited after a year and a half separation, when hubby finally retired and made a permanent move to Jacksonville. Duffer has decided he likes the warmer climate and his new digs. He follows me around all day and has a bed in my office.

Thanks, Linda! It’s nice to have you as a guest at DivineDetour.

Thank you for having me.

For more information about Linda and her books, visit her website at http://www.lindarondeau.com/.

To purchase America II: The Reformation, logon to: