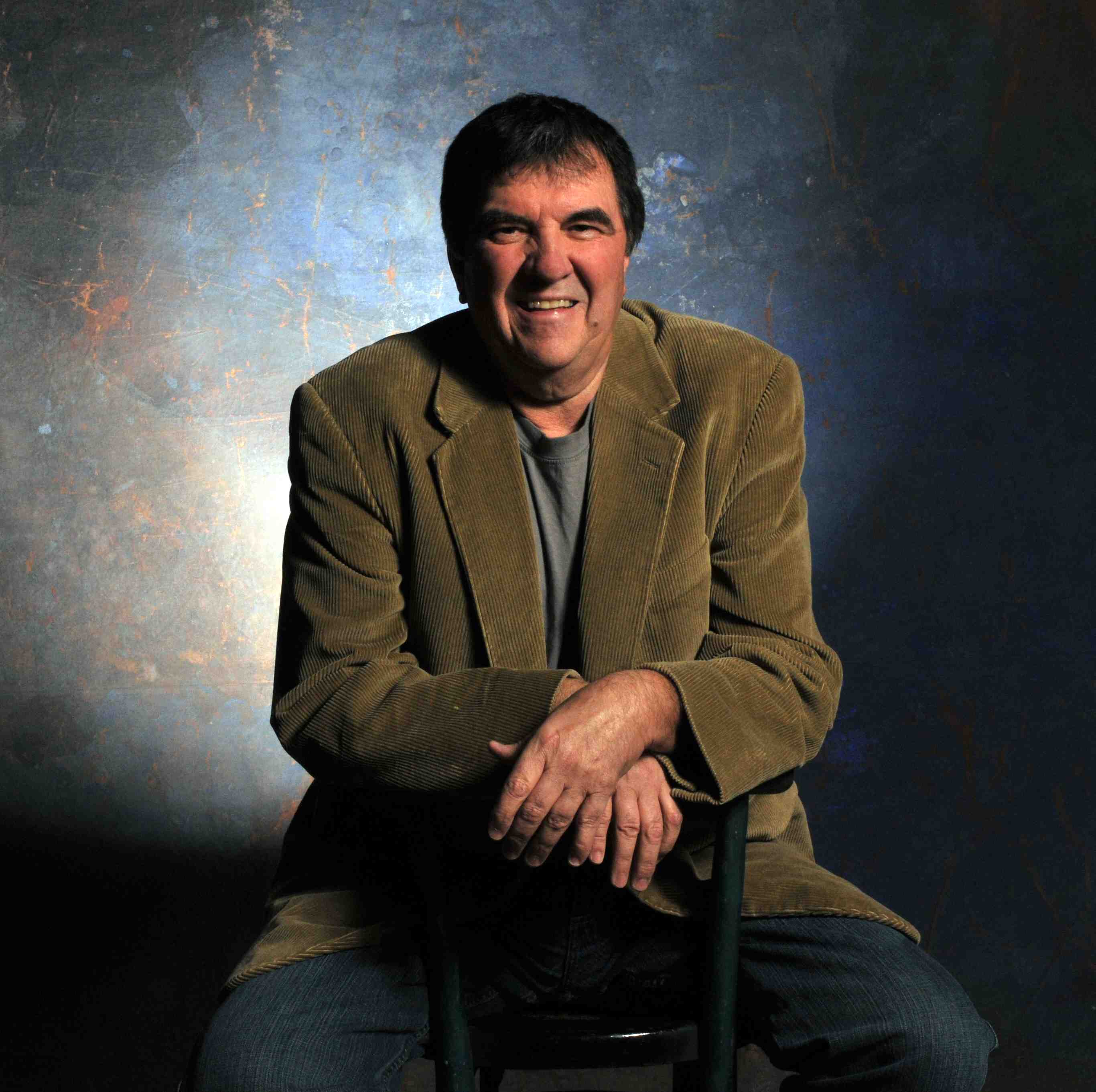 As a songwriter, Larry Cordle has had songs recorded by Ricky Skaggs, Alison Krauss, Rhonda Vincent, Garth Brooks, George Strait, Trisha Yearwood, Reba McEntire, Diamond Rio, Alan Jackson, Trace Adkins, and many others. His songs have appeared on projects with a combined sales total of more than fifty-five million records.

As a performer and recording artist, Larry’s band Lonesome Standard Time has been awarded Song of the Year twice by the International Bluegrass Music Association, received two Grammy nominations, and landed Number One singles on the Americana and Bluegrass music charts.

Born and raised on a small family farm in Eastern Kentucky, where he grew up on bluegrass, country, and gospel music, Larry now makes his home in Hendersonville, Tennessee with his wife Wanda and their daughter Kelvey Christine.

Music was an important part of your childhood, but you initially pursued a career in accounting. How did you find your way back to music?

I got laid off from my last accounting job (cost accountant at Robinson Tool and Die in Richmond, Kentucky) late in 1979 or early 1980. A musician friend of mine, who was the band leader at the old Kentucky Club in Mount Sterling, Kentucky, and whom I had sat in with several times, asked me to take another guitar player’s slot who was leaving their small band. I took the job for $175 per week, initially six nights a week I might add, and never did any thing but music since. In 1985 (nearly two years after Highway 40 Blues had become my first Number One record), I was able to move to Nashville at the urging of my old friend, Ricky Skaggs, to work for his new publishing company, Amanda-Lin Music, which was a co-venture with Lawrence Welk’s great publishing company, Welk Music. What a wonderful atmosphere to be dropped in, so educational and soooo creative.

It’s often been said that it takes a combination of hard work and good luck to make it in the music business. Which was most important to your success?

I think they are both extremely important, but I guess mostly luck, early on, in that I’d known Ricky Skaggs since childhood. However, once I got the opportunity to work in the industry at this level, I worked extremely hard to get better at my craft, which is the only way to stay in Nashville and survive the rigors of the music business. 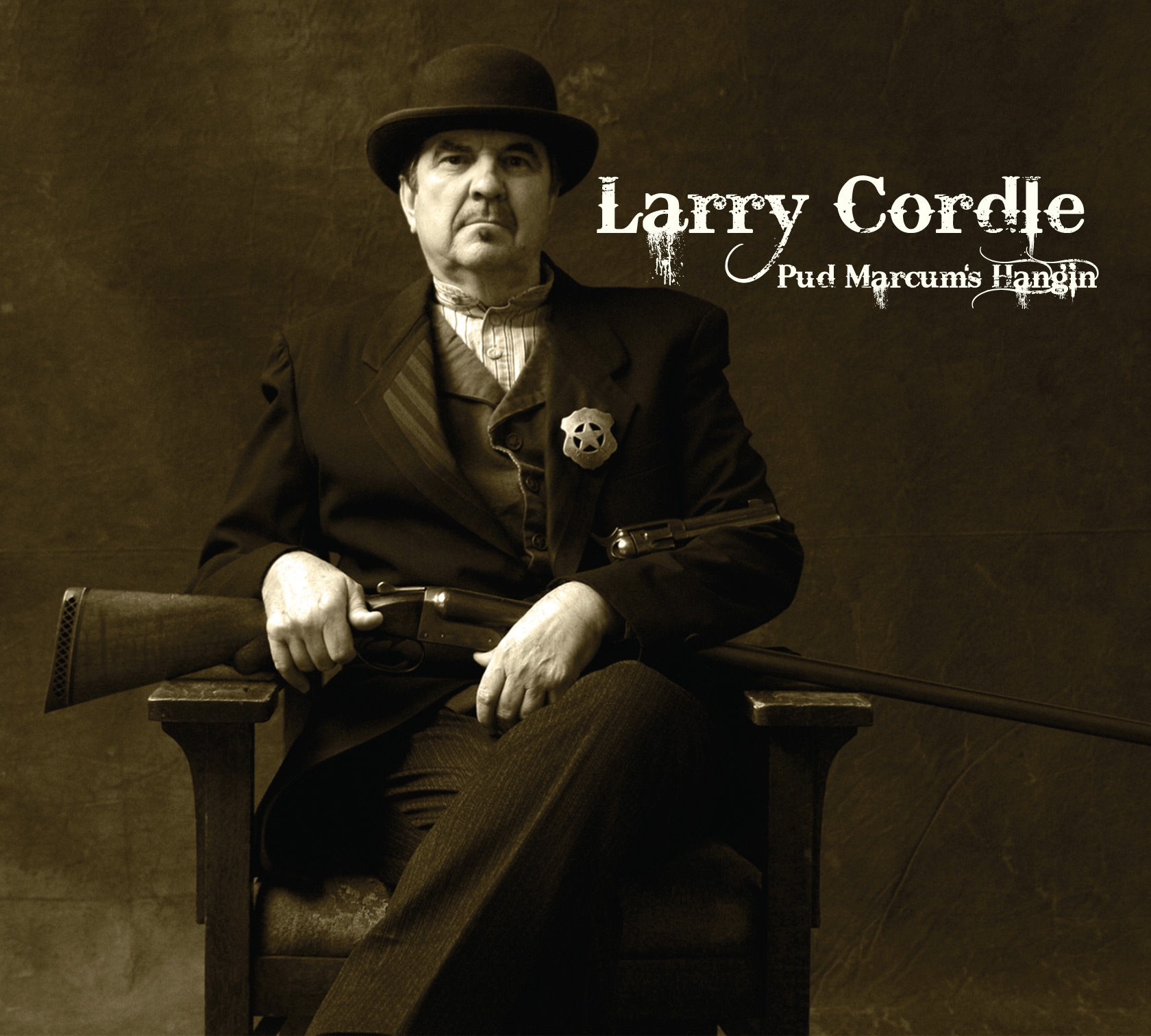 Let’s talk about your new CD, Pud Marcum’s Hangin’. Please tell us about it. Did you write or co-write all twelve songs?

I co-wrote all the songs on the CD. It is a collection of  ‘new’ songs; new, in the sense that I had never recorded any of these songs before. Several of these songs were written since my last project, Took Down and Put Up, on Lonesome Day Records. But, some of them go back a ways; for instance Shade Tree Mechanic was recorded for the first time here but goes back to the late 80’s … but Gone on Before was written in 2009.

I consider this CD to be my best work to date. These stories consist mainly of songs from my Appalachian heritage. There are a couple of true stories on here, the title cut Pud Marcum’s Hangin’ and Shade Tree Mechanic, although I took some ‘creative license’ with the latter.

Pud Marcum was the last man legally hanged in Lawrence County Kentucky, the county I’m originally from in East Kentucky. I could have written twenty verses to it but had to consolidate as much as possible to make it a song that I could perform regularly and record.

Some of the other pieces were based on some truth and some observations by my co-writers and me. I have a strong personal connection to all of the songs on this CD, even the ones that are fictional. Hello, My Name Is Coal is our observation from the coal ore’s point of view, which was fun to write from that perspective. Brown Check and Uncle Bob Got Religion, which are not totally true, have a great deal of truth in them, i.e. Connie Leigh, Larry Shell and I knew people who were the models for these two songs.

I feel there is a great mix of fact and fiction on this record, as well as a good variety of serious and humorous songs.

Your song Gone on Before has a beautifully compelling gospel lyric. Was it inspired by a personal experience?

Yes. The idea for that song came from a dream I had of my late mother. I dreamed I was sleeping and heard my mother’s laughter in another room. When I arose to investigate and saw that I was correct, that it was indeed my mother, I began to weep. My mom, upon seeing I was crying, simply said to me in my dream, “Honey, what’s wrong with you?”… I immediately woke up with a powerful feeling of peace about my mom, and although I already knew she was in Heaven, it was an absolute reinforcement of that fact to me.

I also believe that the entire process of this song, the dream, the song idea, and eventual writing of the piece led me to examine my own life and realize that I was not reconciled with the Almighty, which eventually led to my own salvation in the fall of 2010.

There is another part of the story of this song, that makes me soooo believe that this song was unquestionably meant to be. I had never written a song with my good friend and great singer and songwriter, Ronnie Bowman, though we had talked about doing it so many times. Finally, we had a date on the books and Ronnie had lost his mother rather suddenly not many months before. I told him what I stated here earlier and commented that I wasn’t sure we could stand the emotional turmoil of trying to write it, but I felt like I should mention it. He was immediately taken by the idea and told me we could indeed stand it, see it through, and thought we should try. Though many tears were shed, the final product is what you hear on the CD. I believe it was God’s gift to us, His peace, if you will, for us to have the song Gone on Before.

Well, I feel like God intended for me to be a singer/songwriter, although I did not prepare for it. I was going to try to just be a CPA, even though I had absolutely no passion for that kind of career. I always loved music and had semi made a living of sorts doing it, but wasn’t really sure I could compete on this level. I believe that my whole career has, thus, been a ‘detour’ from the life that I had trained for, since I believe that God has a plan for all of our lives.

What’s next for you (recording, touring, etc.)?

Well, if I stay healthy, and it’s God’s will for me to continue, I hope to finish and put out a record that is duets with the artists who helped define my career. There is a duet with Ricky Skaggs on Highway 40 Blues, a duet with Garth Brooks on Against the Grain, one with Kenny Chesney on The Fields of Home, Diamond Rio on Mama Don’t Forget to Pray for Me, etc., etc. It’s been on hold since 2005 trying to get the legal aspects of the record taken care of. I’m closer to having that part done now and many of the performances are already complete, so that is my plan (unless God shows me something else) that I will try to finish sometime in 2012. I would love to do an all gospel CD as well. So, I’ve got plans but will just have to see what the ‘Man’ upstairs thinks of them.

I have had a rather heavy touring schedule this season. I am constantly juggling my schedule to include shows with my great band, Lonesome Standard Time, my trio with songwriting buddies and longtime best friends, Jerry Salley and Carl Jackson, as well as working various singer/songwriter shows as a solo artist. I plan on continuing performing as long as I’m physically able if that’s what God’s plan is.

I love country cookin’ … and my favorite meal is pinto beans, with a big piece of jowl bacon or ribs cooked up in them, cornbread, sweet onion, and 14-day pickles (one of my mom’s old pickle recipes that she used to can every year that my sister makes now), fried potatoes, and a glass of cold sweet milk. That’s not much of a fancy meal I don’t reckon, but just something that I was raised on and have loved all my life.

This website features authors as well as musicians. What was the last GREAT book you’ve read?

Our family has four pets, two dogs and two cats. The dogs’ names are Jesse (a West Highland terrier (who is sixteen years old now) and Oreo, some sort of spaniel/bird dog mix (he’s eleven or twelve) and you can guess his color! The cats names are Chase who is a Maine ‘Coon’ cat, I’m told … he’s gray and very peculiar for sure and is about ten years old, and Rusty, an orphan my daughter brought home one day and informed me we had to adopt … so … I did. He is the most curious cat I have ever seen, just always poking his nose into everything; he is about three years old.

They are all wonderful pets, each with such distinct personalities.

Thank you, Larry! It’s great to have you as a guest at DivineDetour!

For more information about Larry, visit his website at www.larrycordle.com.

To preview all twelve songs on Larry’s new CD, logon on to http://airplaydirect.com/music/larrycordle/.