Left Behind ~ The Movie 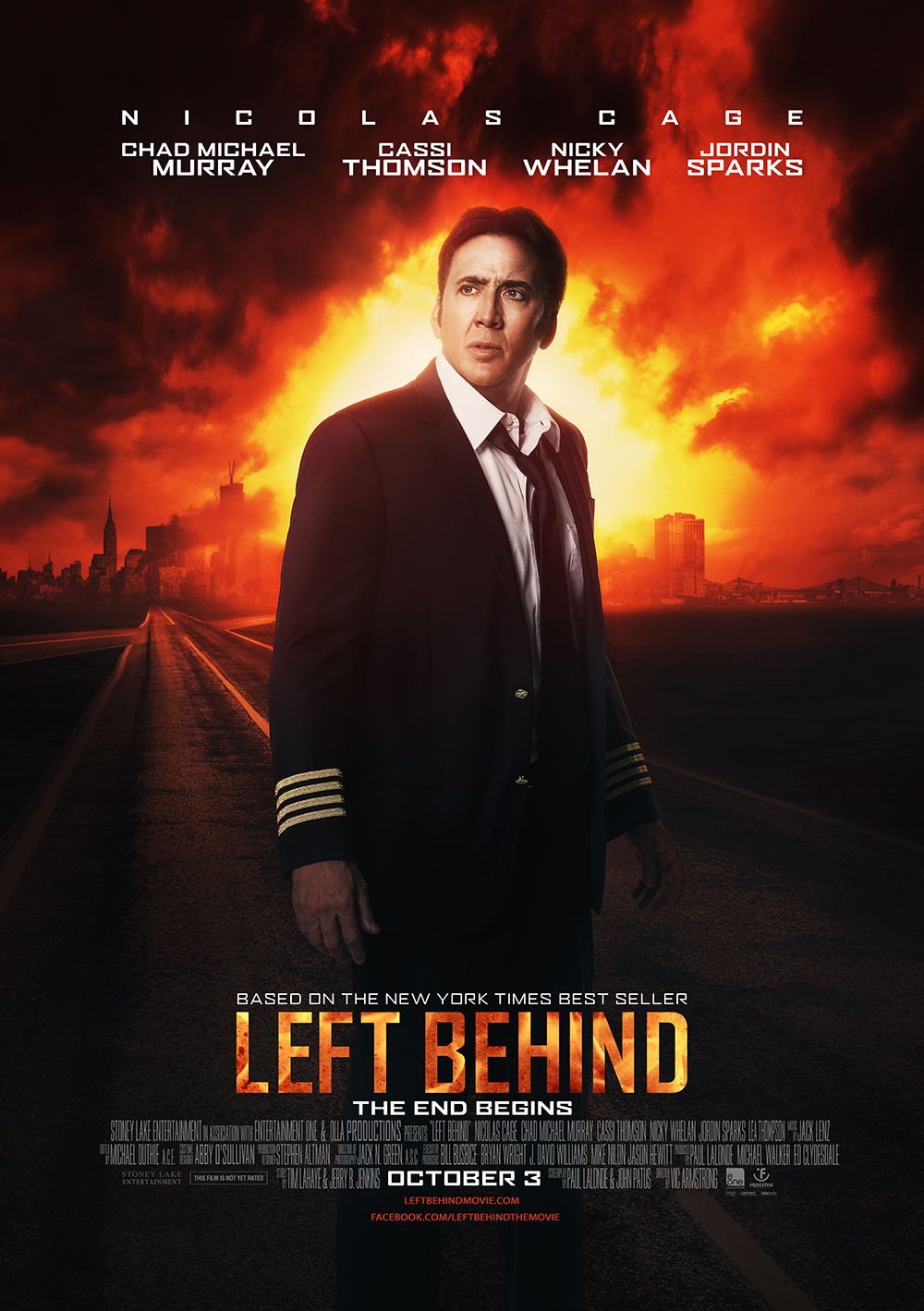 Those who know me well know that I’ve been interested in the Book of Revelation since I was a young girl, so it’s no surprise that I loved the Left Behind books, written by Jerry Jenkins and Tim LaHaye. For me, it’s one of the best imagined series in Christian fiction.

Two weeks ago I had the opportunity to attend the Writing for the Soul conference near Nashville, and on the final night of the event conferees were treated to a private screening of the new Left Behind movie, starring Nicholas Cage, Cassi Thomson, Chad Michael Murray, Nicky Whelan, and Jordin Sparks, among others. It’s set to open in more than 1500 theaters across the U.S. on Friday, October 3.

While I’d prefer to leave reviews to professionals and Monday morning water cooler conversations, I will offer a few comments. The first half hour of the film moved slowly. But once the action kicked in, the screen was “on fire” with stellar effects, good acting, and two well-chosen song selections, Dancing in the Sky (Dani & Lizzy) and I Wish We’d All Been Ready (Jordin Sparks).

Do I recommend it? Yes.

This movie offers an intense visual portrayal of what could happen in “The Rapture.” It’s emotionally impactful. And, it’s another chance to support Christian movies in the general marketplace. You can view the trailer here.