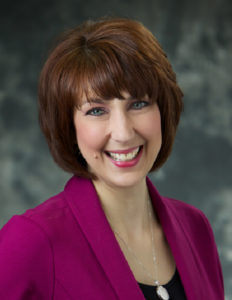 Writer, editor, and speaker, Liz Tolsma is passionate about her family, her writing (and research), and her faith — and it shows. She is a New York Times bestselling author whose first novel, Snow on the Tulips, was a double award finalist. Her stories are included in a number of anthologies. The latest, The Second Chance Brides Collection, was published this summer.

An almost lifelong resident of Wisconsin, Liz married her high-school sweetheart twenty-six years ago. Their family includes a dog named Kylie and three adopted children, two daughters and a son, who proudly serves in the U.S. Marines.

The Second Chance Brides (Barbour, August 2017) is your fourth anthology. Please tell us about it.

In this group, the stories take place between the Revolutionary War and WWII. Each of them is about a woman who has loved, lost, and has the chance to love again. My story is set in Hartford, Wisconsin, during WWII, and is about a young woman who fell in love with a German man in the summer of 1939. Separated by war, she discovers him in a POW camp in her hometown. They must struggle against prejudice to find their way back to each other.

Your story is “What the Heart Sees.” What inspired it?

As soon as I learned that Wisconsin was home to a good number of German POW camps, I wanted to write a story set in one. I came up with the idea of her former love showing up in her hometown, but then wondered if that was too far-fetched. As I did my research, however, I discovered plenty of Wisconsinites of German descent who found family members in the camps around the state. They would get to visit with them on Sunday afternoons. And there were examples of couples who fell in love during the war and married after it.

What two or three elements most define who you are as a storyteller?

As an editor, what are some of the most common mistakes you find in the manuscripts of pre-published authors? Is there a book or tip you recommend for those who are just starting out?

I find that they don’t understand tight writing. They fail to practice an economy of words to keep up the pace of the story. Many of them also need to work on mechanics like dialogue and on building emotion. One book that I highly recommend is Inside Out by Susan May Warren and Rachel Hauck. It’s an excellent resource for learning how to structure a story. Once you finish reading that, move on to Deep and Wide, also by Susan May Warren. That helps with characterization and deepening the story.

Is there still a “dream” writing project you would like to accomplish?

My dream had been to write my family’s WWII stories, which I’ve accomplished. There are still plenty of war stories rattling in my brain, so I’m not in danger of running out of them for a long time. One project that is partially started is a series set in the coal mines of Virden, Illinois. My husband’s family worked in those mines, and there are plenty of interesting historical events surrounding this mine that would make for great stories.

Thanks, Liz! It’s nice to have you back at DivineDetour.

Thanks for having me! It’s always great to be here.

To order The Second Chance Brides Collection, log on to: