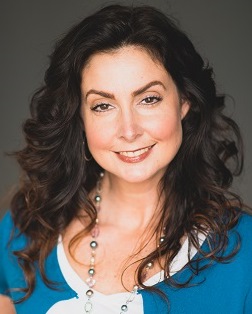 After a decade of commercial writing, Lorie Langdon left a thriving corporate career to satisfy the voices in her head. Now, as a full-time author and stay-at-home mom, she spends her summers translating her effusive imagination into the written word.

Lorie has a Bachelor’s Degree from Wright State University. She is a PRO member of Romance Writers of America and a board member for her local Ohio Valley RWA chapter. She is also a founding member of the rapidly emergent, young adult focused blog, HonestlyYA.

Your writing career began with commercial writing. What diverted your path to fiction?

Storytelling has always been in my blood, but it wasn’t until a serious health scare that I considered the idea of writing my own novels. I have Crohn’s disease (an autoimmune disorder that affects the digestive system). A few years ago, I experienced a serious flare up that consisted of extreme fatigue, anemia, diarrhea, weight loss, and constant pain, forcing me to take short term leave from my corporate job.

I began to question my life and where it was all going. I’d heard that God has a purpose for everyone, but I didn’t believe I had anything special to give. So, I began praying that He would show me His purpose for me. That’s when he placed the dream in my heart to be a published author.

During my short term disability, I began writing my first novel. It wasn’t easy. I was in so much pain that I would sit hunched over my keyboard, clutching a heating pad to my stomach. But in those hours and weeks as the words flowed onto the page, I began to feel stronger, more energized, and more alive than I had my entire life.

So many detours that I’m not sure which one to choose! : ) But one of the most recent involves my co-written YA series, Doon. My co-author, Carey, and I are both Christians, and our novel has a subtle inspirational thread, but in order to reach a broader readership we decided to sub Doon to secular publishers.

As our agent sent off the manuscript we were hopeful and excited! We just knew editors would be falling all over themselves to publish our book. Weeks turned into months. We prayed and we waited and we prayed some more, but still we heard nothing—not even a rejection. Until we received a call from our agent who was attending a Christian publishing conference, she was ecstatic because every editor she spoke to was looking for a book they could market as an inspirational/mainstream crossover for teens, and they all wanted to read Doon!

Carey and I didn’t know there was such a thing as a mainstream/Christian crossover novel, but we couldn’t imagine a more perfect fit for our magical, modern-day fairytale. After a few more agonizing months of waiting, we received an offer from Zondervan/HarperCollins. Not only did they want to publish the entire Doon, four-book series in hardcover, they created a new division called Blink YA Books entirely for YA crossover novels and they wanted to make Doon their lead title! Definitely an unexpectedly positive detour. : )

Faith is a huge part of my everyday life, so in turn it’s a big part of my work. In this industry it’s easy to be plagued by doubts–is my writing good enough, will anyone read my work, was that reviewer who trashed my novel, right, will I ever sell another novel . . . the insecurities could go on and on. But I choose to focus on what God says about me and have faith that He is in control. 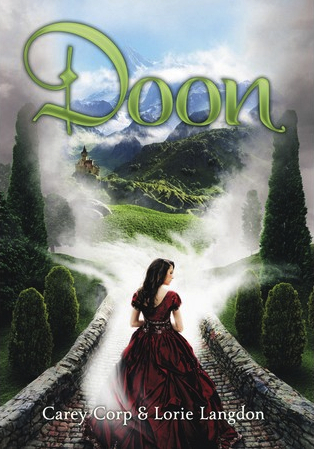 Let’s talk about Doon (Blink, August 2013), co-written with Carey Corp. Please tell us about it.

Doon is loosely based on the concept of the musical Brigadoon!, written with permissions from the estate of Learner & Loewe. The story centers around two best friends who travel to Scotland and through a series of mysterious clues, discover a portal to a hidden kingdom that only appears to the outside world once every hundred years. When the girls arrive in Doon they’re given two weeks to decide if they’ll leave or stay forever. There are sword fights, princes in kilts, romance, and magic spells . . . it’s a modern-day fairytale.

What were the inherent challenges (and advantages) to co-writing?

Oh my, how much space do I have? ; )  As you can imagine, one of the challenges is not having complete creative control, but this can also be an advantage because you have two brains instead of one!

Carey and I, much like our characters, are opposite in a way that makes for a perfect balance. As writers, we each bring different technical strengths to the table.

The actual process of writing with a co-author is fun and dynamic. Splitting responsibilities such as blogging, promotions, and social networking is a great blessing. But the biggest advantage is that you have someone who is equally invested. Someone you can call at midnight with a brilliant plot idea, who won’t curse you out and block your phone number.

That’s a great question! My character, Veronica’s journey has some strong parallels with my path to publishing.

In the story, Veronica sees a boy calling to her through a series of visions and dreams prompting her to discover clues which lead her to the Brig o’Doon. But ultimately she must defy her best friend’s doubts and take a leap of faith to find the hidden kingdom, and the boy that she knows in her heart is real.

Similarly, as writers, every time we send our work to agents or publishers we risk rejection and heartbreaking disappointment, but I’ve learned that if I want to accomplish something extraordinary I have to be willing to take the leap of faith!

But if I’m celebrating I go for the chocolate! One of my favorite celebratory foods is Ritter’s Turtle Something frozen custard–it’s a gooey concoction of chocolate custard, toasted pecans, and ribbons of caramel. Yum!! Think I might need to find something to celebrate today!!!!

I’m sorry to say, I have no musical talent of my own. But I’m very inspired by music. Every book I write has its own playlist. When I’m stuck, or not connecting with the story, my playlist songs can instantly transport me into the character’s heads.

You can find the Doon playlist here. It’s a fun combination of contemporary songs and Broadway tunes.

Hmm . . . since all my stories are romantic adventures, I would have to be a love song from a musical. : D

I would have to be a combination of the girl next door and the super heroine . . . kind of like a female Clark Kent. I come across as average, but with God’s help I’ve been able to accomplish some amazing things.

I’m a dog lover as well! I have a three-year-old Havanese named Oliver—we call him Ollie. I’m convinced Havanese dogs are the best breed for a writer with a semi-sedentary lifestyle. Ollie is content to curl up on my lap when I’m working, but he also forces me to get outside and walk occasionally.

I’m working on convincing my husband we need a second Havanese, a girl this time. ; D

Thanks, Lorie! It’s great to have you as a guest at DivineDetour.

To purchase Doon, logon to: