M.K. Gilroy ~ The Rise of the Beast 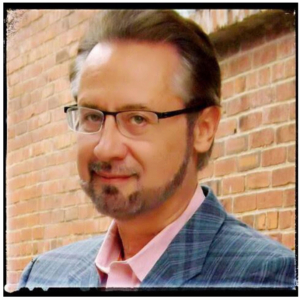 Mark Gilroy has had a long and successful career in publishing, from his first paid assignment as a newspaper sports writer while in college, to serving as head of gift, specialty, and backlist publishing for Thomas Nelson. Mark has compiled and written close to fifty books, many which have landed on bestsellers lists and sold millions of copies. He has also penned hundreds of articles and curriculum pieces for a variety of periodicals and publishers. Four years ago Mark released his debut novel.

He and his wife are the empty-nesters of six children and live in Brentwood, Tennessee.

Rise of the Beast (Sydney Lane Press, April 2016) is a bit of a detour for you. What inspired the idea?

Four separate ideas from books, radio, TV, and conversation came together in my mind while I was riding my bike down Pull Tight Hill south of Nashville. First was the Malthusian Equation, which asks the question, how many people can live and thrive on Planet Earth? Second was a political debate on cultural comparisons, which begs the question, are some cultures better than others? Third was an Ebola outbreak in Guinea, Africa. Fourth was the 2015 Paris and Luxemburg terrorist bombings. And fifth was a weird theological question that popped into my head, which I think gave the book its uniqueness. The question was, can a person volunteer to be part of the End Times—specifically, can a person volunteer to be the Beast?

Put all those thoughts together and you are going to be at the end of Rise of the Beast before you know it. 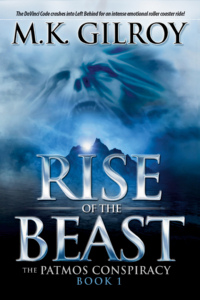 Please tell us about the story, as well as The Patmos Conspiracy Series.

A reclusive billionaire with a mysterious past flips channels one sleepless night. His father was a Greek fisherman and he fished the waters around the Island of Patmos with him. When he hears a TV evangelist talking about Patmos, he can’t help but listen. He is absolutely enthralled by a sermon that covers the Apocalypse and Armageddon—especially the part of the Beast.

His mind has already been on the Malthusian Equation and coming up with a way to eliminate as many as 5 billion people from our planet. He has had no compunctions on judging which cultures stay and which have to go. So he finds inspiration from the idea of another purging of the earth and declares:

“I have prayed to the God I don’t believe in and have told him that I will do what all others fear to do. I will rise from the sea. I will ride the blood red horse of the Apocalypse. I will be the Beast who destroys the world in order to save it.”

You might assume that Rise of the Beast is a theological and biblical. There are definite themes from scripture, but this is the story of a man who has come to believe he is a god. If God does exist, he will bend Him to his will. Or so we shall see.

How are you similar to (and/or different than) Burke, the story’s protagonist, and what did you learn from him?

We both love our sports. But the man who discovers what Johnathon Alexander is up to is a much more physical and ferocious specimen than I could ever be. Whether it’s PTSD from tours in Iraq and Afghanistan or the pain of betrayal and loss, Burke has lost his way spiritually. He doesn’t know who he is anymore. On a black ops assignment where he finds a clue to Alexander’s secret, Burke is forced to remember he was a man of honor and faith. We’ve all had our doubts and wilderness moments, but nothing so dramatic for me!

I have always been drawn to Philippians 4:8, which tells us “Fix your thoughts on what is true, and honorable, and right, and pure, and lovely, and admirable. Think about things that are excellent and worthy of praise.” My mind flies all over the place. I find Paul’s counsel to fix our minds on what is excellent and worthy of praise to be the spiritual discipline I need most.

What’s the title of the last GREAT book you read?

In nonfiction I thoroughly enjoyed Montefiore’s book, Jerusalem: A Biography, to be excellent. For the past few years I’ve been on a slow, arduous journey to read all eight volumes of Edward Gibbons’ The History of the Decline and Fall of the Roman Empire. It’s great—just not sure I’m going to get there!

In fiction I’ve been in an old school phase again, and just read James Cain’s The Postman Always Rings Twice and Raymond Chandler’s The Lady in the Lake. Both are noir so it’s time to fix my mind elsewhere!

When we last spoke, you were considering adding a canine member to your family. So?

I listened to Nancy Reagan and just said “no”! Not a final decision but with as much travel as Amy and I do, we felt it wasn’t right time to bring in a family member to drop off at a kennel!

Thanks, Mark! It’s great to have you back at Divine Detour.

To purchase The Rise of the Beast, log on to: